The Furniture of John Dickinson 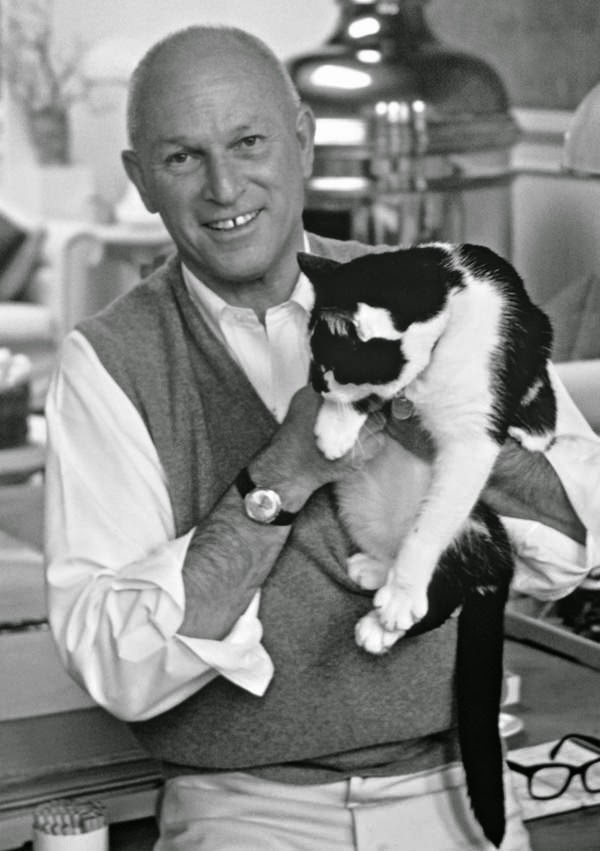 John Dickinson's San Francisco-based interior design career spanned decades, through the 60s and 70s, but he will be best remembered for a collection of whimsical, stylish, furniture and furnishings created in matte chalk white. Since his death in 1982, his console tables, side tables, lamps, and mirrors have become highly coveted items by interior designers and collectors. His original designs feature wry details like animal feet and the illusion of draped fabric but made in metal or plaster.

Dickinson's African table is an homage to the kind of rough-hewn anthropomorphic objects from that continent. 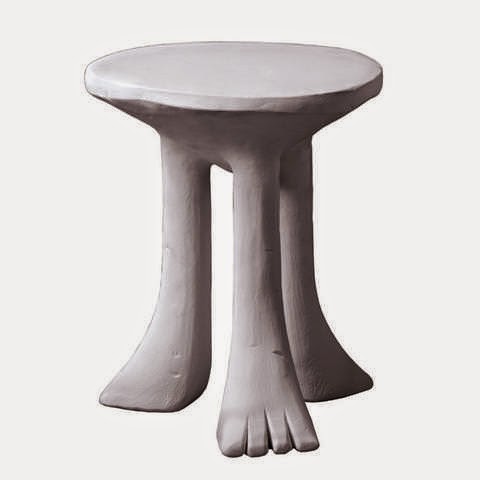 The following images of his Etruscan chair and table are a combination of historical elements from Greek and Roman furnishings (and even as far back as the Egyptians who put animal feet on stools and small tables) with the neo-classical sensibility of eighteenth century Europe. 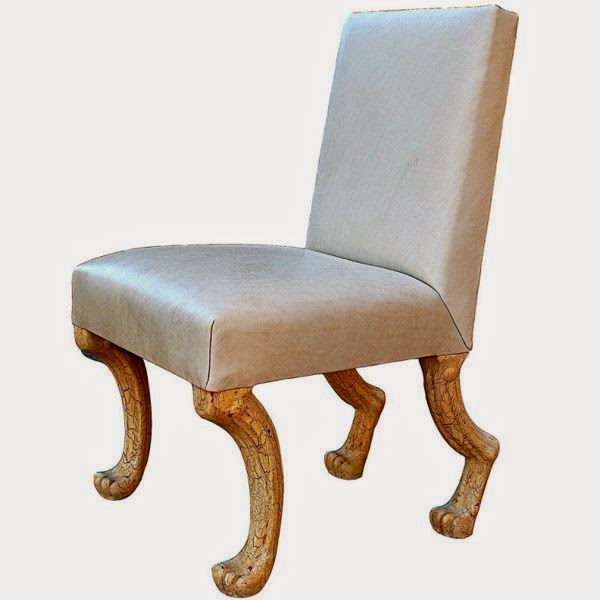 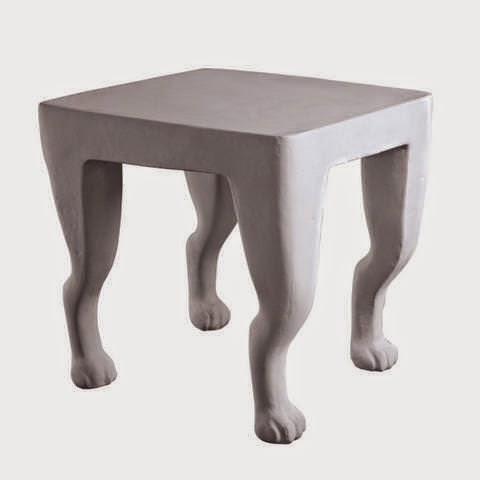 His footed and hoofed demi-console, lamp, table, and stool are now iconic. 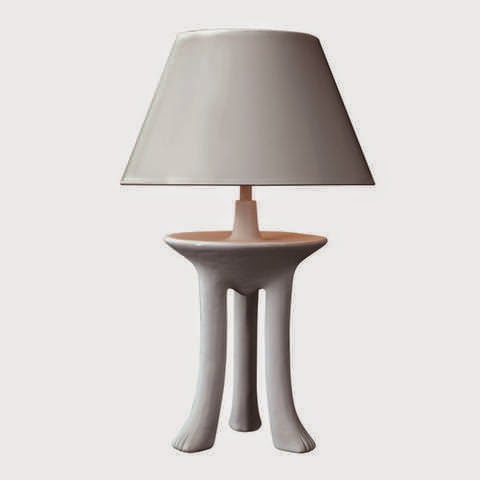 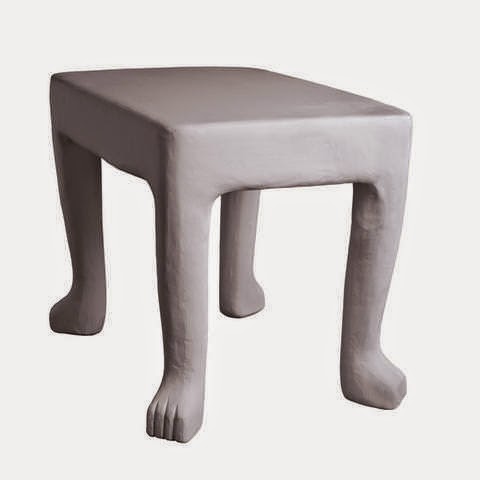 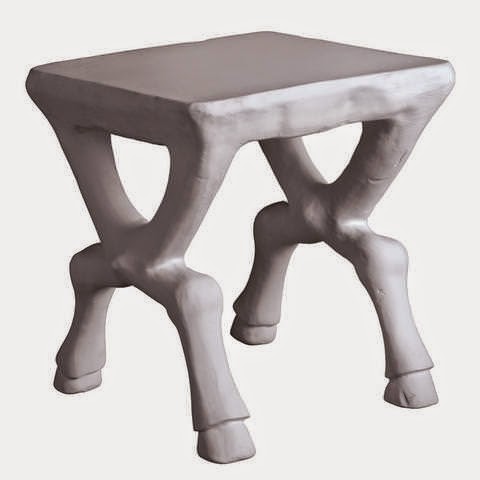 Another trompe-l'œil effect from Dickinson is his organic stacked stone console table. The unexpected style comes from the fact that it is executed in his hallmark matte white. 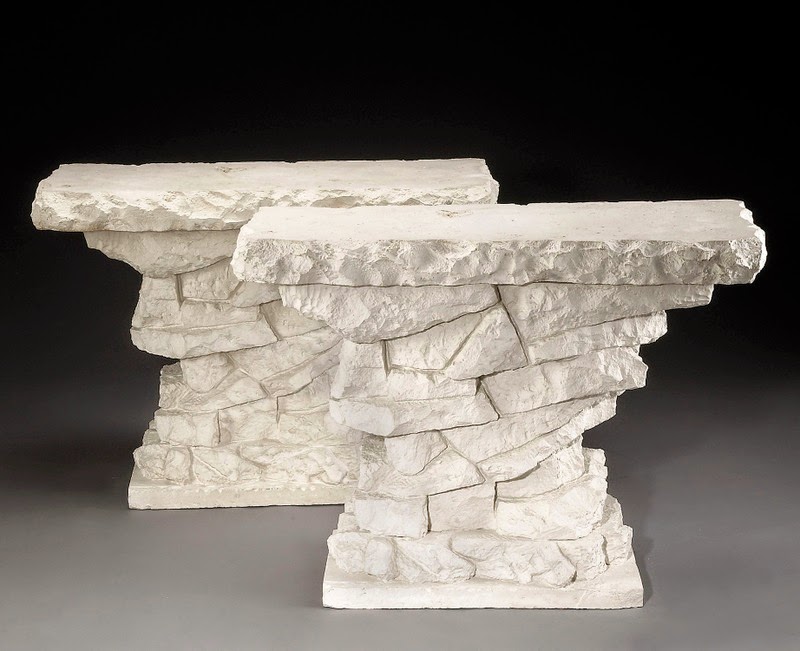 His tin console (part of the permanent collection at the San Francisco Museum of Modern Art) and table look as if they have luxurious linens draped over them, cascading down into box pleats at the corners.This idea was so copied that we now see the idea in acrylic from various manufacturers and designers. 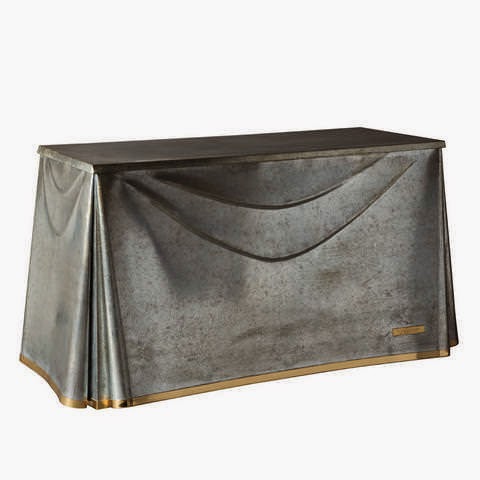 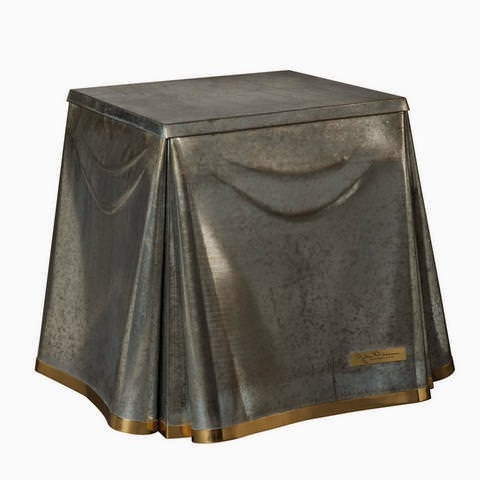 And finally, Dickinson ventured into "faux-bois" territory ("faux-bois" is a style of furniture that rose to favor during the Victorians and featured pieces in cast concrete that resembled rustic log furniture) with his twig lamp and mirror. 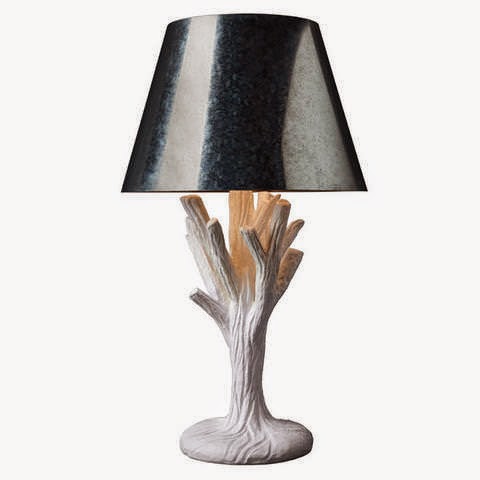 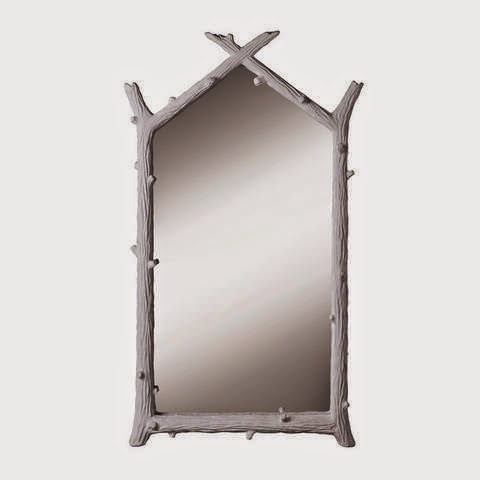 His pieces look wonderful as accents in rooms of any style. See if you can spot his pieces in each room below. 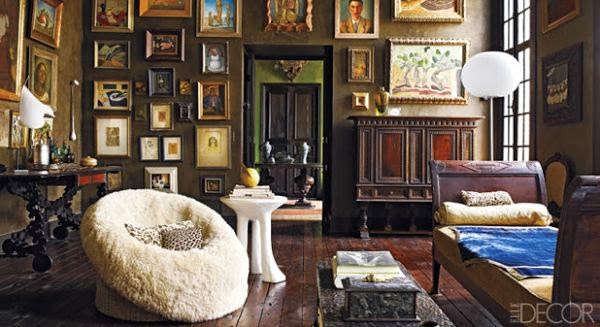 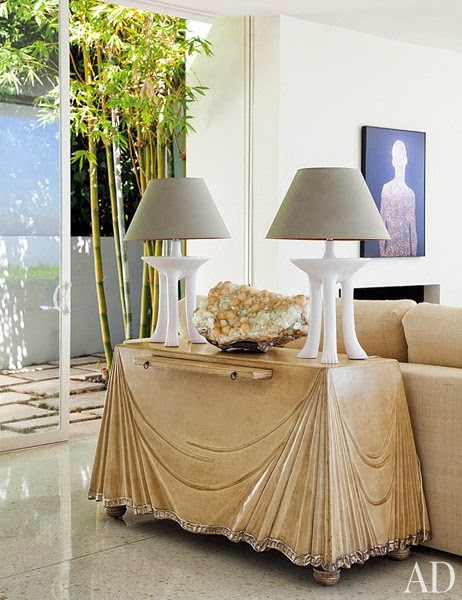 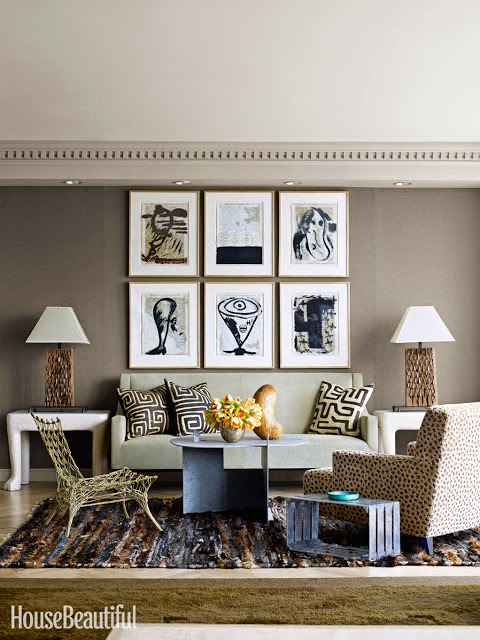 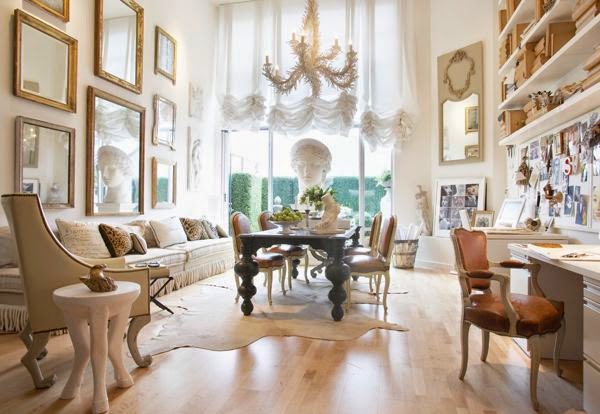 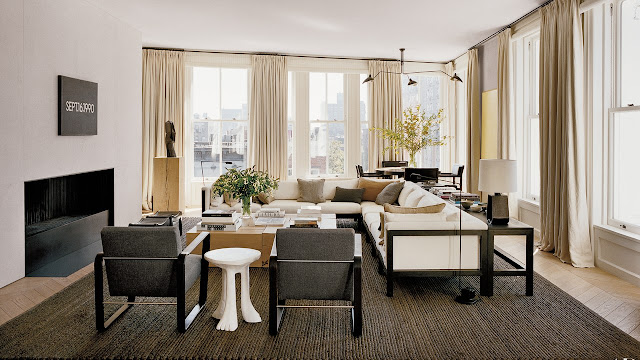 And here is a pine wood version of his African table in Dickinson's own San Francisco home, a renovated fire station! 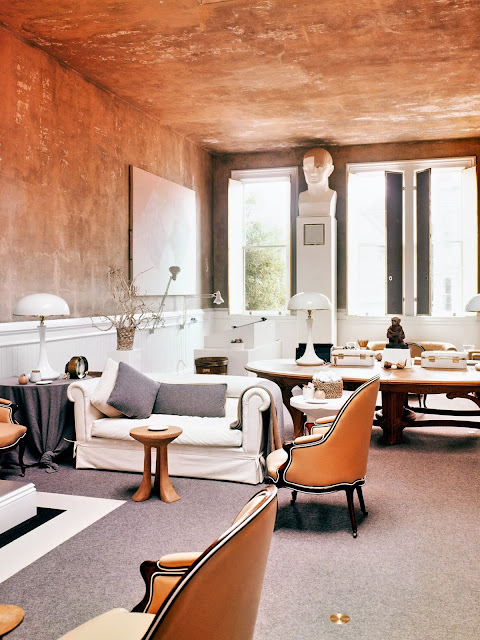 Dickinson's original pieces were made in plaster but Sutherland Furniture has retooled the formula and has reissued some of these pieces in a mix of concrete and fiberglass. You can see and purchase them here. Take a look at the tableau from Sutherland below which features Dickinson's twig lamp and mirror over the tin console. 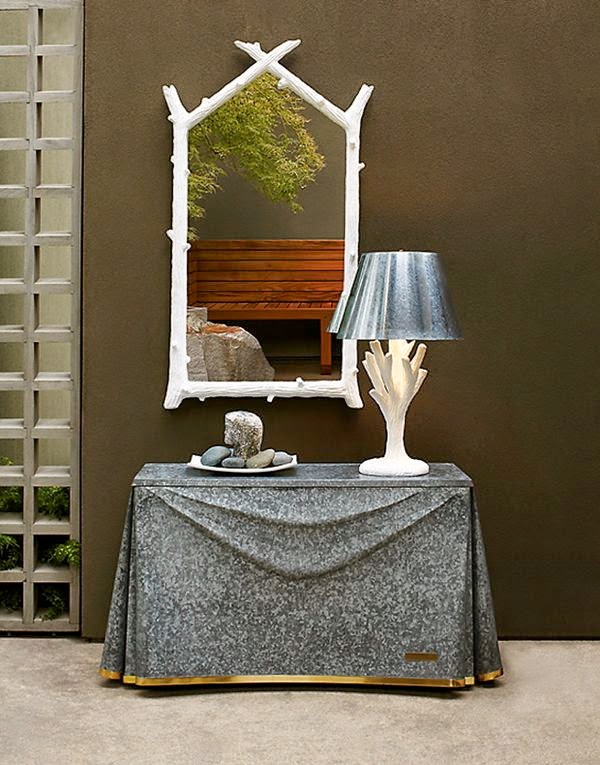