For this installation of Know Your Sofas, I am cheating a little bit. It is actually more like Know Your Beds.

During the reign of Louis XVI, King of France, a style of bed known as a Lit à la Polonaise, or a "Bed in the Polish Style" became quite popular. Why Polish? A similar bed, more like a day bed but with draped fabric hanging from a coronet was seen at the Royal Castle in Warsaw and the shape made its way back to France...it sounded exotic, and the style caught on. The French version was a kind of four poster, curtained bed, except that the columns curved inward--hidden by sumptuous drapery--terminating in a baldaquin or decorative ring or other shape in the center of the bed. The baldaquin was often cloth but could also be a dome of wood or metal. In the exquisite example below, made in Paris sometime between 1775 and 1780, we see a grand feature at the corner of the mounts before they curve inward: a pomme of ostrich feathers. The bed can be seen at the Getty Center in Los Angeles. 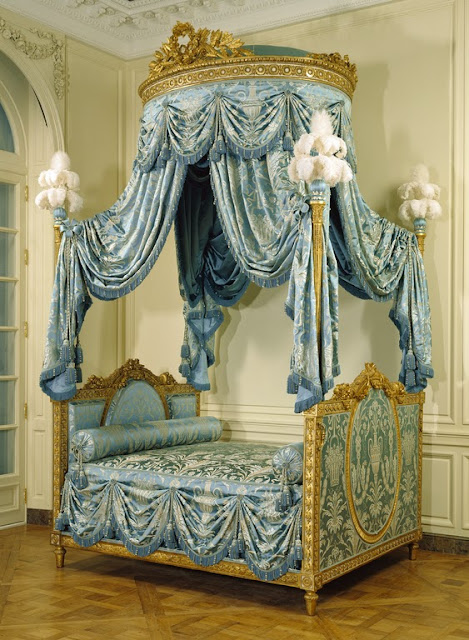 As you can see, historically, the bed was placed on its side, oriented more like a daybed and indeed, if one sees a Lit à la Polonaise now, it is generally used as a day bed. The first bed below is currently on display at the Musée Cognacq-Jay in Paris. 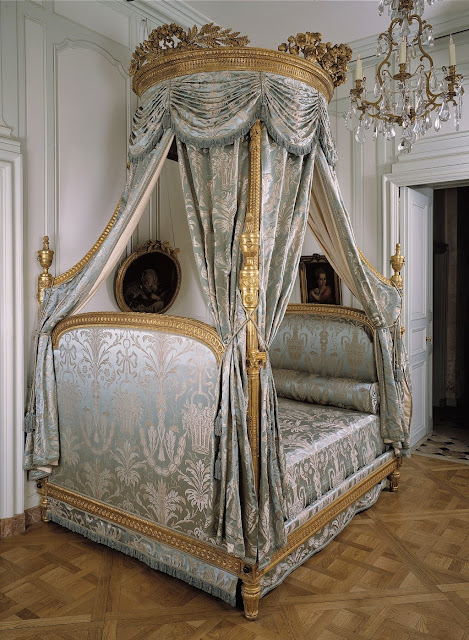 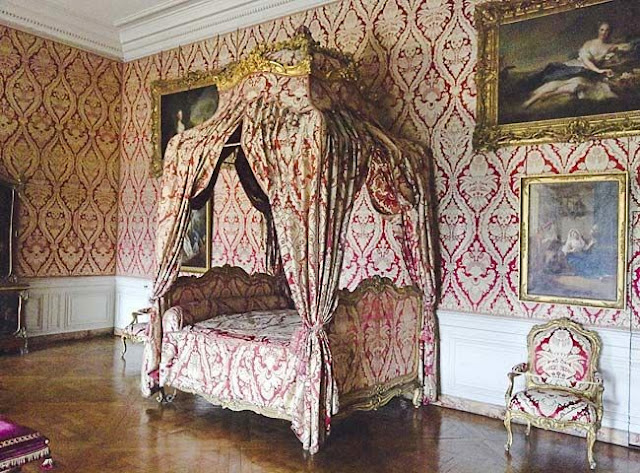 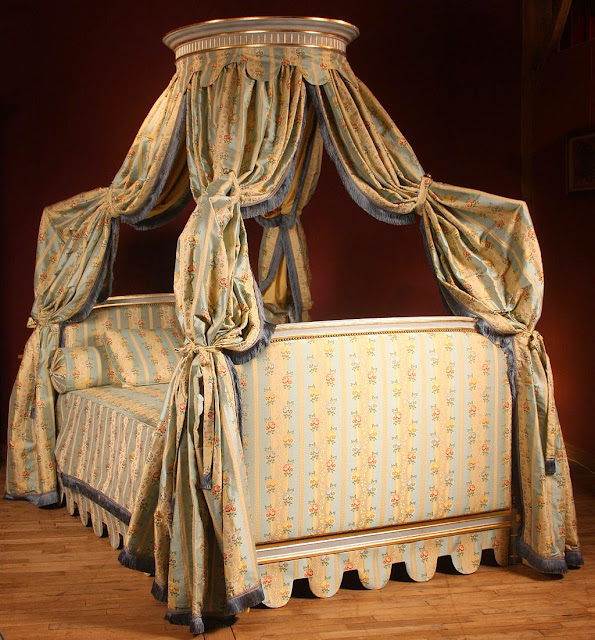 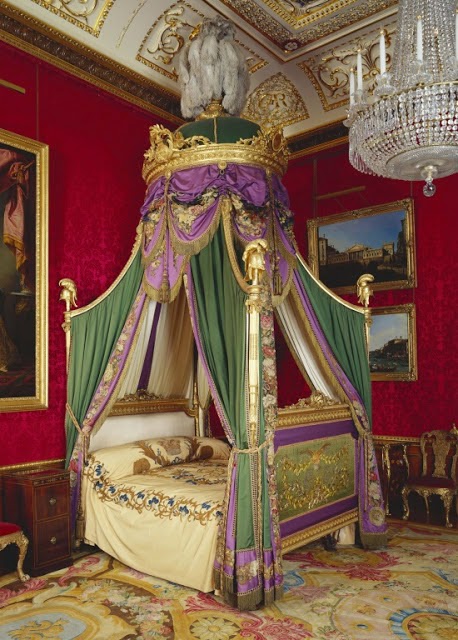 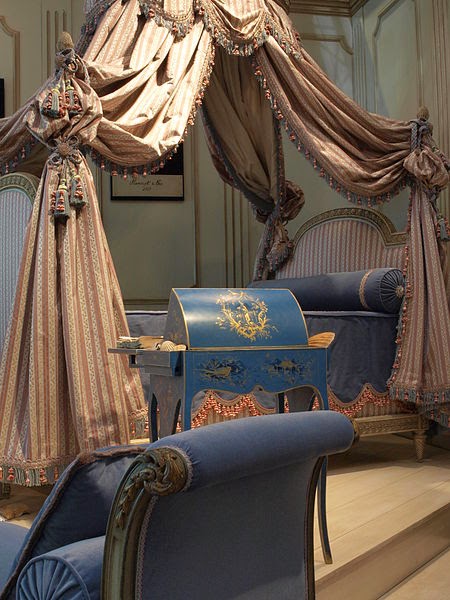 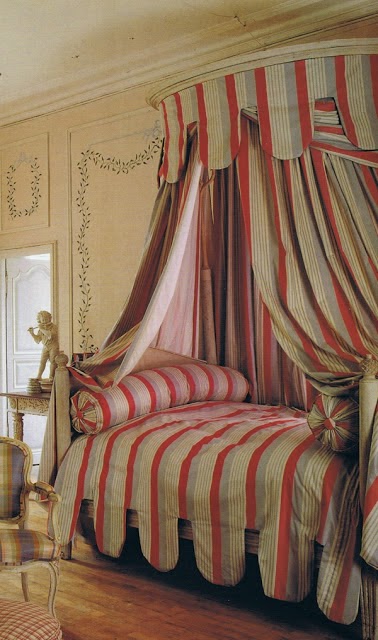 Beautiful beds. But how did they deal with the dust that was sure to accumulate in all that hanging fabric?

You bring up a humorous but good point! Certainly in the days of King Louis, there were servants to clean everything. I am sure fabrics and linens were taken out and beaten with rug beaters. Today of course, clients can object to too much fabric in their homes, mainly because a family member suffers from some kind of breathing difficulty like asthma, and it is true that fabric can catch dust. But I think if one is diligent in cleaning, sweeping, and vacuuming, the problems can be nipped in the bud.

Thanks for reading and for your comment!
Best,
Jeff Fiorito, Allied ASID