In this chapter of our ongoing History of Furniture series, let's look at a simple design element that has really withstood the test of time. You probably know about the door profile that is referred to as a Shaker style door. 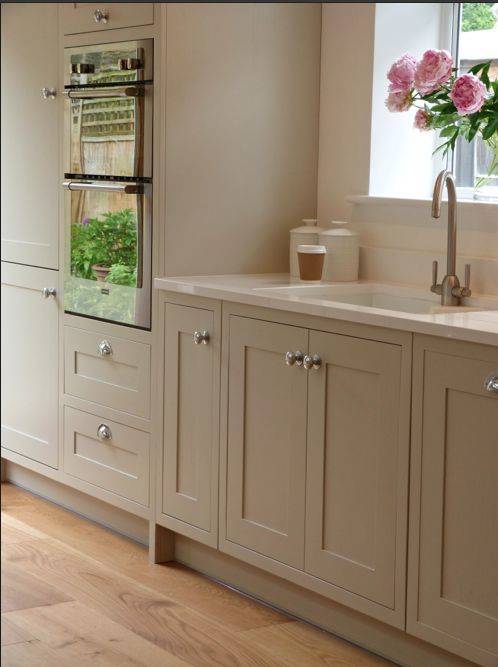 But do you know where this classic style came from?

The Shakers (officially called The United Society of Believers in Christ's Second Appearing) were a Christian sect founded in England in the 1700s that later settled in colonial America a few decades after their founding. For a Christian sect at that time, they held surprisingly progressive views: they were pacifists, they valued equality between the sexes with women taking on leadership roles within the society (reflecting their belief that God is both male and female), and they lived a communal lifestyle. They practiced celibacy--sex was forbidden for members and because of this, child-rearing was not something the Shakers often did, save for a woman who might be pregnant at the time of her admittance to the Shaker society or the adoption of homeless orphans. This meant that the Shaker population would naturally dwindle. They welcomed this idea and at this point, in 2020, there are only 2 (yes, TWO) remaining members of the Shaker society in the world.

But in their earlier days, their beliefs led them to live in austere ways that were highly functional and completely devoid of ornamentation. They practiced restraint and economy in all things. The classic Shaker cabinet door is what is called a 5-piece: 2 rails at the top and bottom, 2 side stiles, and a center panel, all without any carving or embellishment. 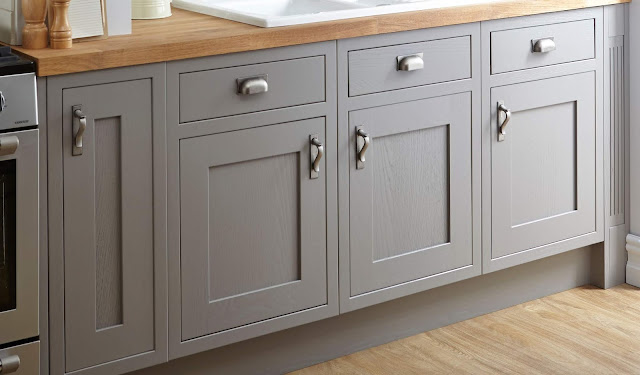 The Shakers were supremely adept and ingenious at inventions and interior developments to help make cleaning and organizing that much easier and faster. They installed peg rails around rooms so chairs could be stowed up and out of the way when not in use, making it easier to sweep or mop a floor. These peg rails also conveniently held other every day items like brooms and hats. 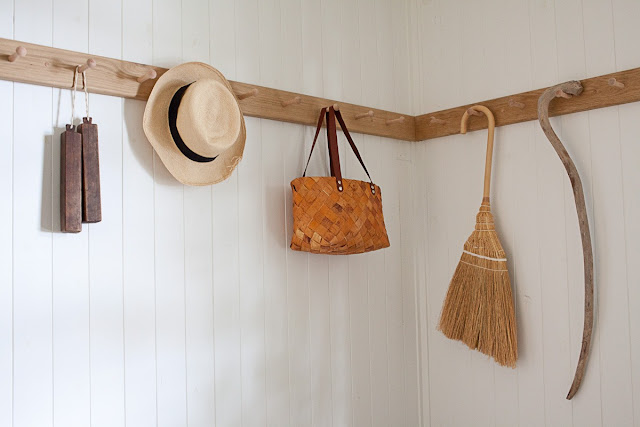 But the Shakers were not collectors or ones to value objects, so their interiors were often a bit bare with plenty of negative space. But this leads me to reflect on the Zen idea of negative space being full. Since the Shakers were a religious sect, their interest in this kind of austerity and minimalism certainly had its roots in the belief that negative space was not "nothing" but full of something whether that might be energy, God, or space itself. There is a kind of lovely ease and peace that can come with an uncomplicated, organized interior which allows one to reflect inward. 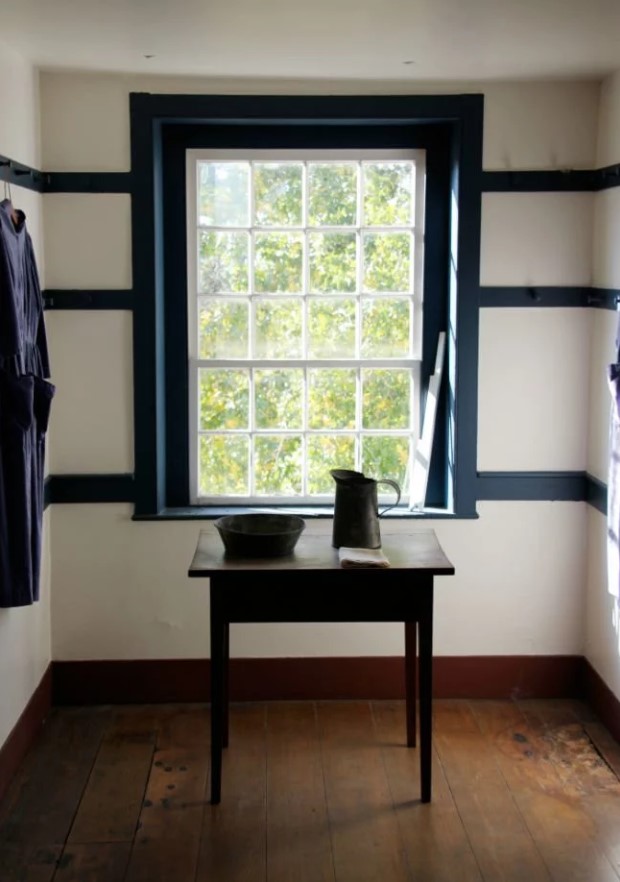 The peg rails held the classic cane-seated Shaker chair which came in flat and rocking versions. 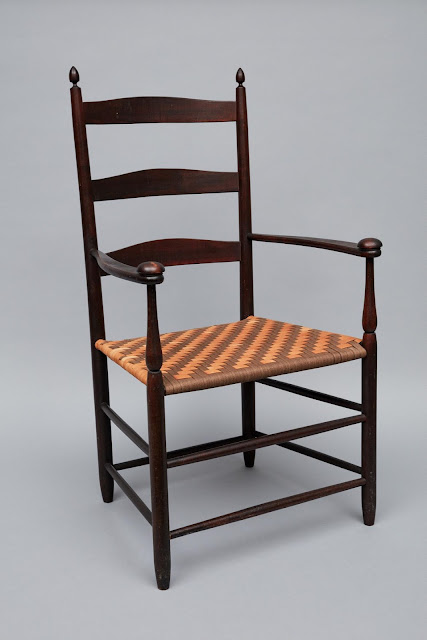 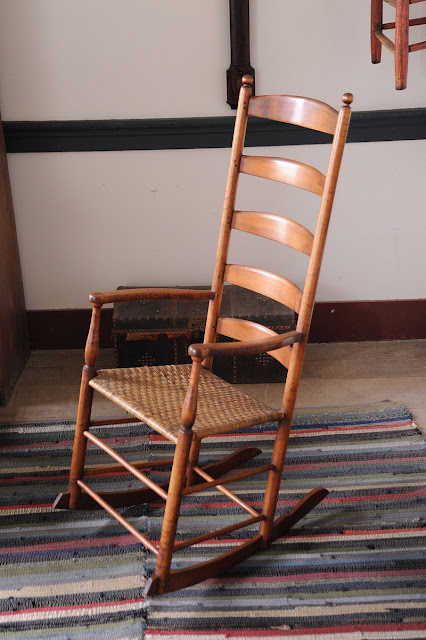 The Shakers were also masters of woodworking and made beautiful, simple baskets and boxes of bent wood. These classic Shaker boxes are highly valued. 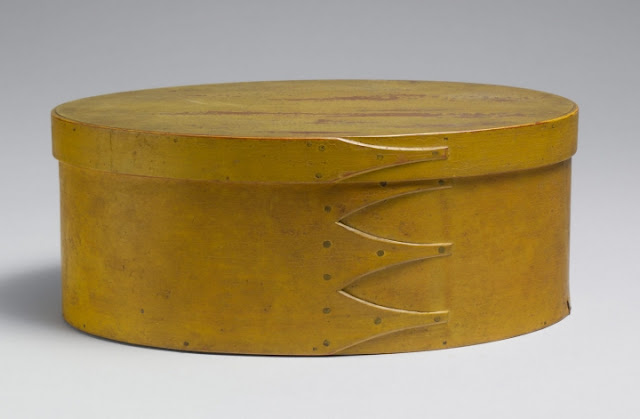 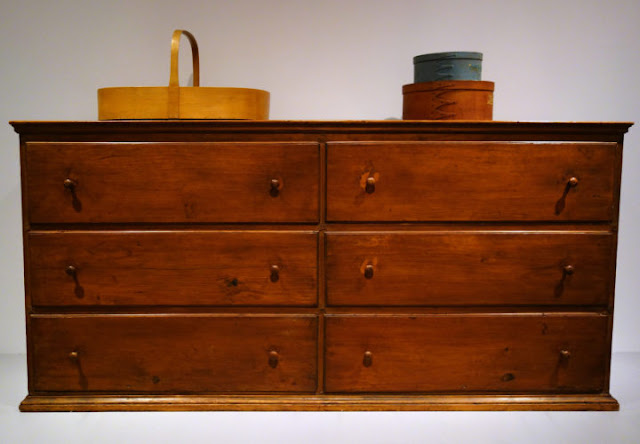 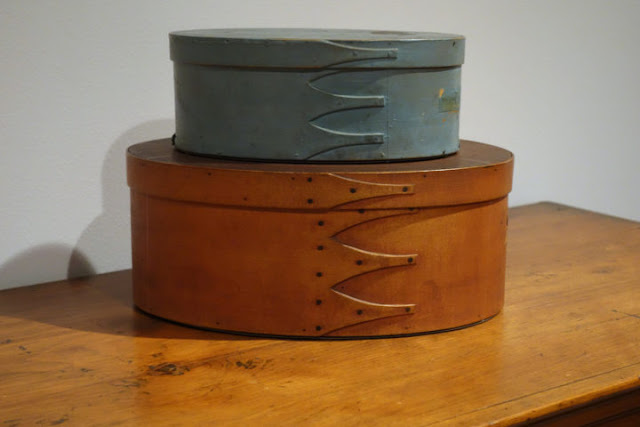 Here is a shot of the Shaker Retiring Room on display at the Metropolitan Museum in New York City, featuring various authentic Shaker objects. 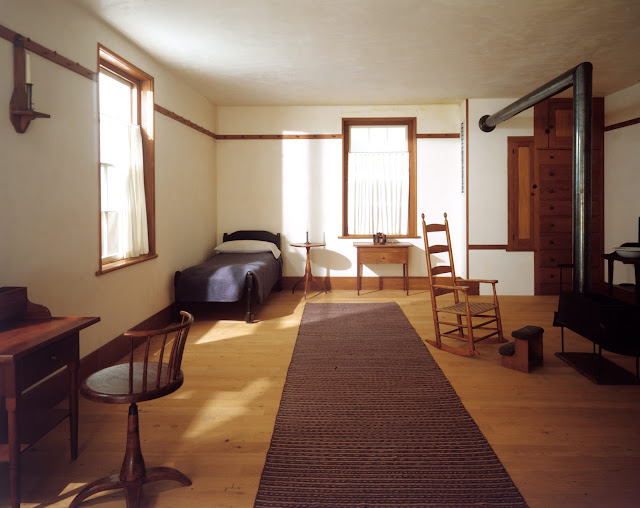 I was interviewed by Erik J. Martin for an article about refreshing the design of your home in the winter months. This came out last winter on the ION Television website blog but I failed to point to it at the time, so here it is! I'm item #2! 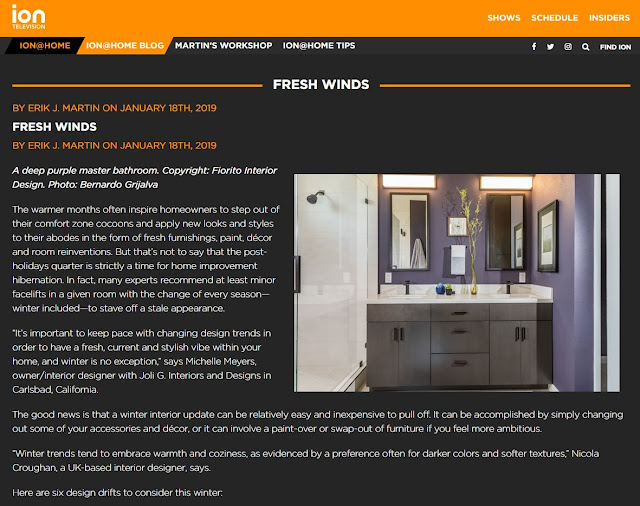 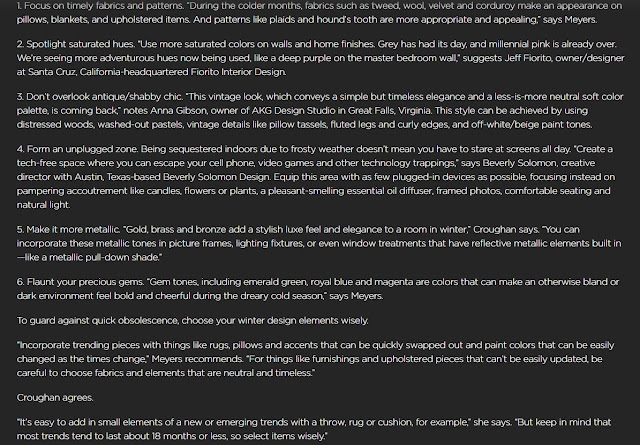 * For the record, I do not condone the use of Shabby Chic under any circumstances.
Posted by Jeff Fiorito, Allied ASID at 7:00 AM No comments: