Often in  the world of art and design (or even in related arts like literature or dance), a color or shape or movement is a reaction to and rebellion against something that came directly before it. Take for example the wild curves and golden excess of the Louis XV style of furniture and compare it to the straight lines and stripped-down neo-classicism of the Louis XVI style which came right after, previously seen here.

Between 1890 and 1910, a style arose that was quite unique. Associated with a concurrent, similar style of architecture and furnishings from from England called Arts and Crafts, both these movements were reactions to unrealistic Romantic art and the industrialization of furniture and furnishings at the time.

Taking its name from the Maison de l'Art Nouveau (House of the New Art), an art gallery opened in 1895 by the Franco-German art dealer Siegfried Bing that featured the new style, Art Nouveau specifically concerned itself with sinuous, flowing designs from nature. This was originally inspired by the floral designs of English designer William Morris and his followers who developed the Arts and Crafts philosophy.


Perhaps one of the most complete and famous examples of Art Nouveau architecture and interior design is James McNeil Whistler's glorious "Harmony in Blue and Gold," better known as The Peacock Room. Created for British shipping magnate Frederick Richards Leyland's home in Kensington, London, the room is a dazzling suite in the Anglo-Japanese style. The focal point is a painting by Whistler, Rose and Silver: The Princess from the Land of Porcelain. The room became so famous--not least for the reason that Whistler and Leyland fought bitterly over the design of the space--that American industrialist and art collector Charles Lang Freer anonymously purchased the entire room in 1904 from Leyland's heirs. Freer then had the contents of the Peacock Room installed in his Detroit mansion. After Freer's death in 1919, the Peacock Room was permanently installed in the Freer Gallery of Art at the Smithsonian in Washington, D.C. 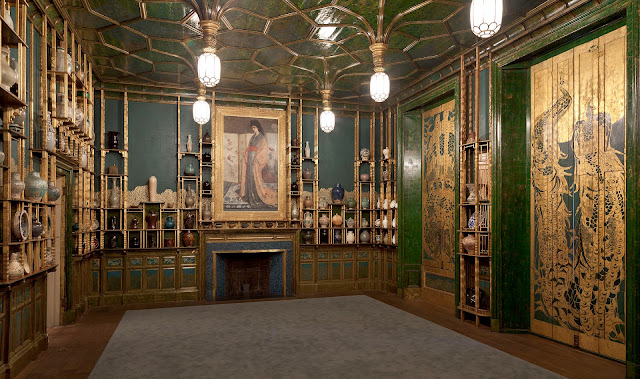 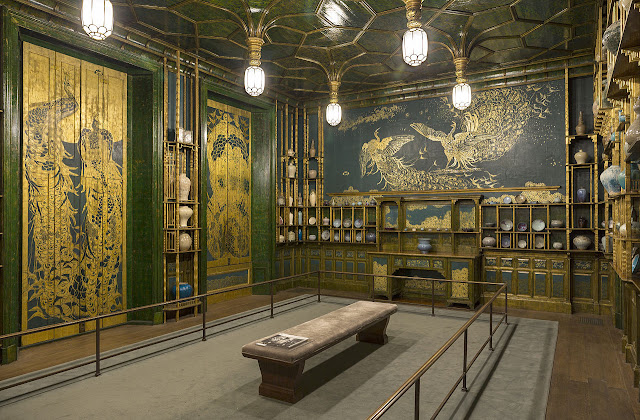 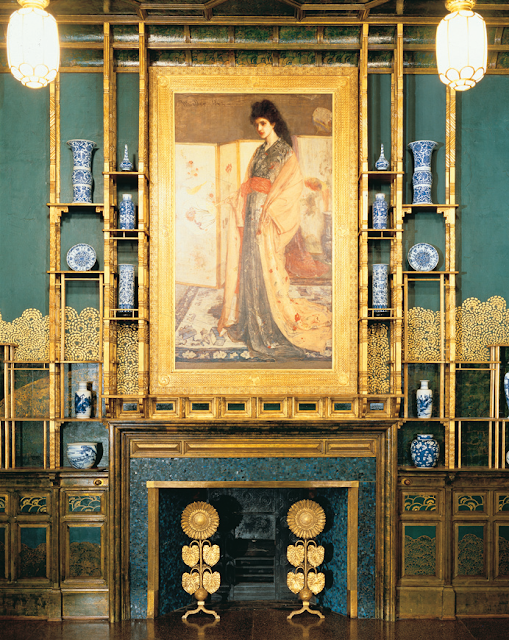 Concurrent with Art Nouveau were other branches from other countries: Modern Style and Glasgow School in Britain, Jugendstil (or New Style) in Germany, Stile Liberty in Italy, Modernisme in Spain, Arte Nova in Portugal, Tiffany Style in the United States (from the works of Louis Comfort Tiffany), and most dramatically, Vienna Secession in Austria which we will explore in another installment.

This month Samsung is unveiling two new finish colors! In their press release, they say:

"Samsung changed the look of the kitchen when it introduced Black Stainless Steel, offering consumers a new stainless with cool tones and a sleek, modern look that quickly became the design trend of the modern kitchen. This year Samsung introduces the new neutral for 2019 – Tuscan Stainless. Inspired by warm, earthy tones, it combines a variety of natural hues for a warm grayish-bronze hue that blends seamlessly with any kitchen environment. Tuscan Stainless will be available across refrigerator, dishwasher, cooking and microwave oven models starting in May. A new Family Hub Refrigerator model in this new color will be available in August. 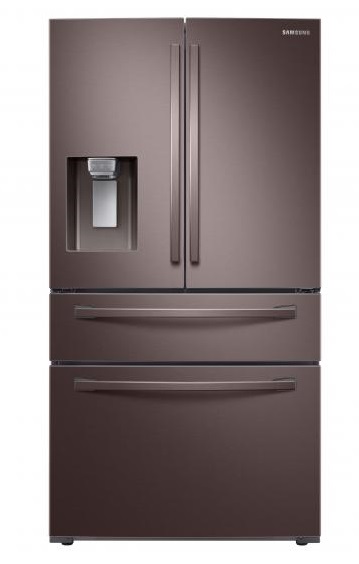 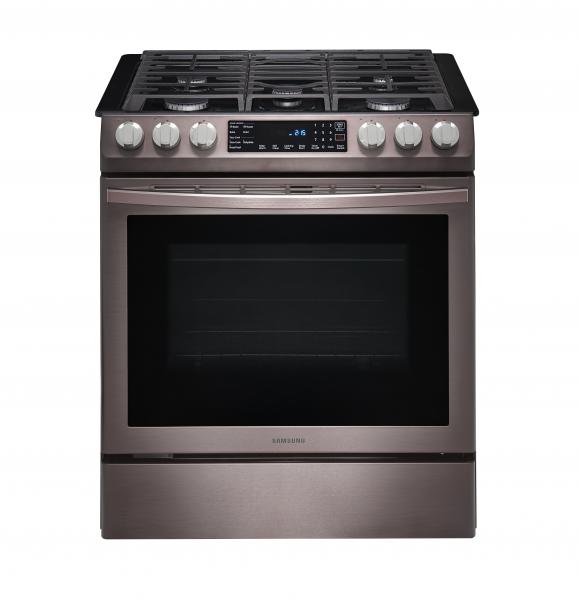 When it comes to laundry, no longer is the laundry room just a utility space, but a room where designers and homeowners carefully consider color, décor and functionality. Keeping with the warmer tones utilized by designers today, the new washers and dryers will be available in a stunning new champagne finish that turns the mundane laundry room into a space as beautiful and functional as the kitchen." 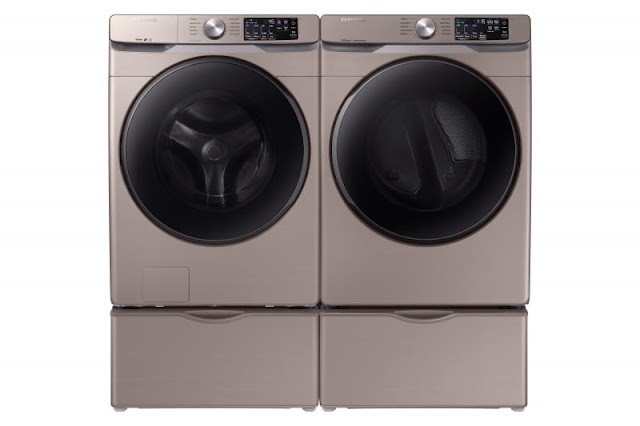