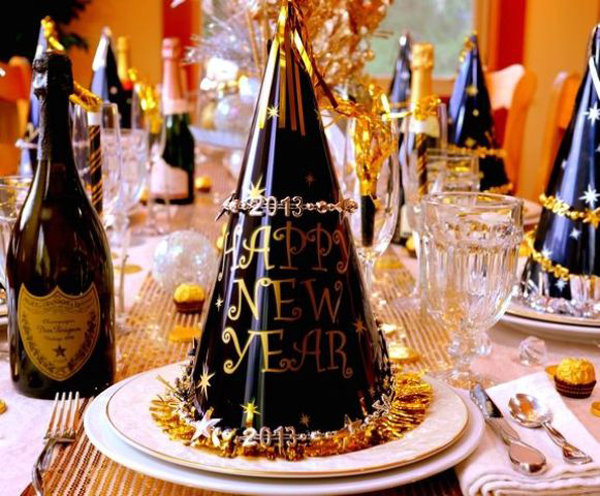 Happy New Year to all my followers and regular readers. May 2016 be a peaceful and prosperous year for the planet.

See you next week for the first post of 2016. Until then, Happy Designing!
Posted by Jeff Fiorito, Allied ASID at 7:00 AM No comments:

I am wishing everyone a Happy Winter Solstice which is tomorrow, and a beautiful and joyous Holiday Season!

I'll be back to regular posts after the holidays. See you all in 2016, and until then, Happy Designing!
Posted by Jeff Fiorito, Allied ASID at 7:00 AM No comments:

For this installment of Know Your Chairs, I will reference a post I did last year at this time about the Queen Anne-style settee, seen here. In that post, I mentioned that the concept of a sofa as we know it today had not really yet been invented in the early 1800s. Instead, a settee was simply the idea of a few Queen Anne chairs smashed together to make a wider seat that could hold two or more people at once.

And now we get to see the seeds of the Queen Anne settee: the humble single person chair.

Although certain details and elements were developed during her actual reign (1702-1714), the name "Queen Anne" to designate a furniture style was not used until nearly a hundred years later. The Queen Anne style can be seen as a refinement of the silhouettes and ideas from the earlier William and Mary period. The rather rectilinear William and Mary pieces used curves only in applied decorative elements like inlay or marquetry. But Queen Anne pieces eschewed embellishments and instead incorporated curves, S-scrolls, and C-scrolls into the shape of the furniture itself creating graceful, much more delicate lines than had ever been seen before. And even though the embellishments of prior styles like Rococo and William and Mary were muted on Queen Anne pieces, one can still see an occasional shell or acanthus leaf on a leg or back... 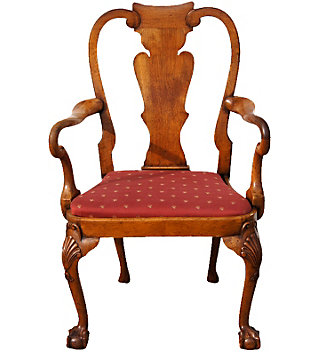 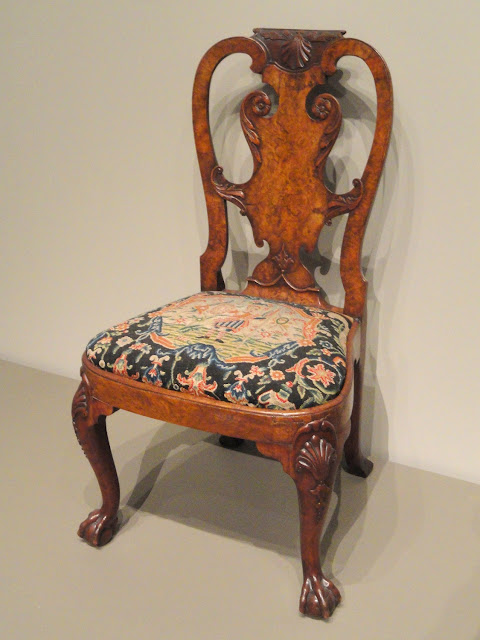 Seat backs--or "splats" as they are called--feature vase shapes. They are also sometimes referred to as "balloon backs" since some of the more simplified splats did indeed resemble a balloon. 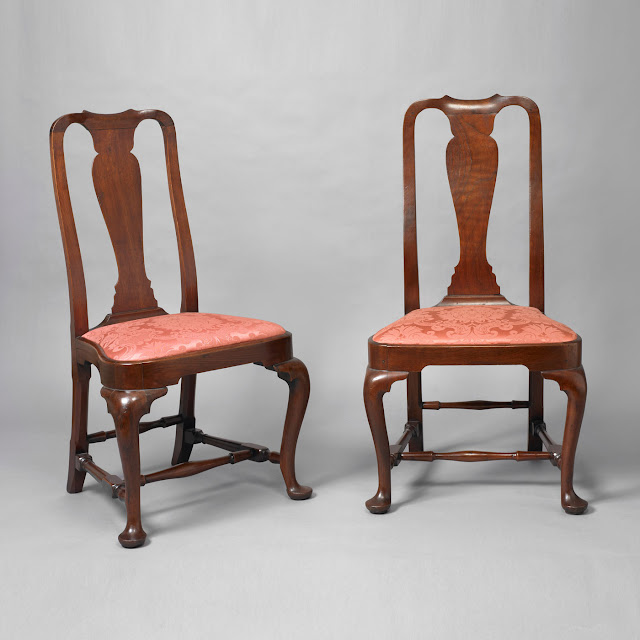 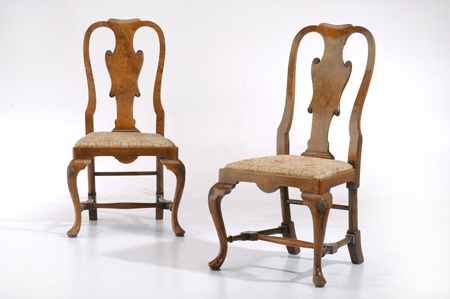 An important feature of Queen Anne pieces is the cabriole leg terminating in a pad (or club) foot, or in later incarnations, in a claw and ball foot (see photos below). This shape of leg has been in use since the early Greeks and Romans, but it was perfected in European furniture during this time. It was the Queen Anne style that saw the elevation of the cabriole leg into a sweet, sweeping, gentle curve. It is called a cabriole leg because of its resemblance to the slender hind leg of a deer or goat: in French, the word cabrioler means to spring or leap like a goat. The shape is always convex at the top and concave at the bottom. Because of this, the anthropomorphic sense makes it seem as if these pieces of furniture skitter about, chasing each other on the hardwood floor when no one is home! 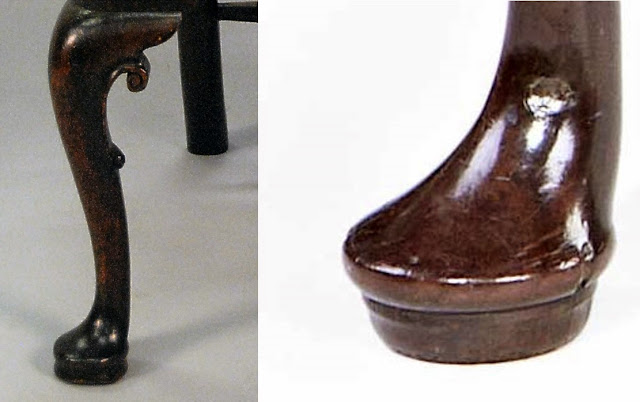 Pad or club feet, seen above, are cabriole legs which end in what looks like a golf club. 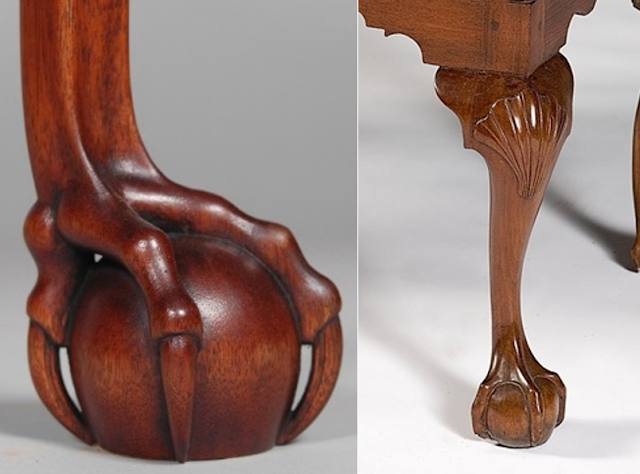 And claw and ball feet are literally just that: a claw with its talons gripping a sphere.

These days you are likely to see a Queen Anne element like a cabriole leg (the most common) or a claw and ball foot on a more current piece of furniture as well,  but now you know where the cabriole leg originated!

Don't want to bring a dead (or living) tree into your house? Hate plastic fake trees? Try one of these superbly outside-of-the-box holiday trees! Like this minimalist tree below--so minimal that the tree part isn't even there, just a mechanism for hanging glass ornaments! 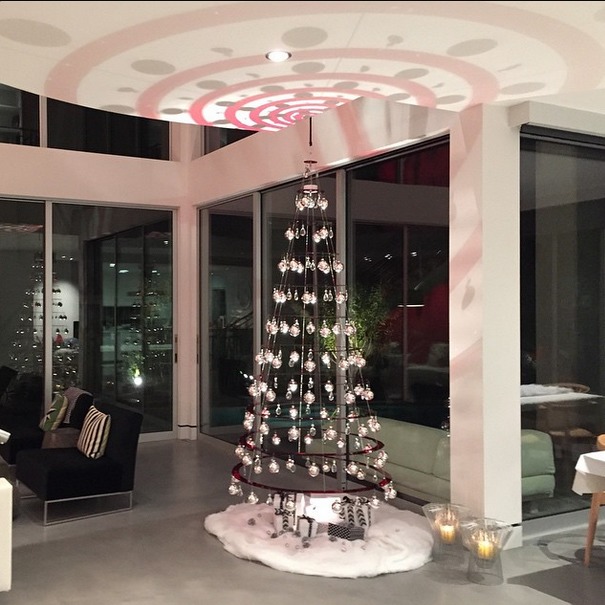 A cascade of Asian lanterns in green makes a stunning display! 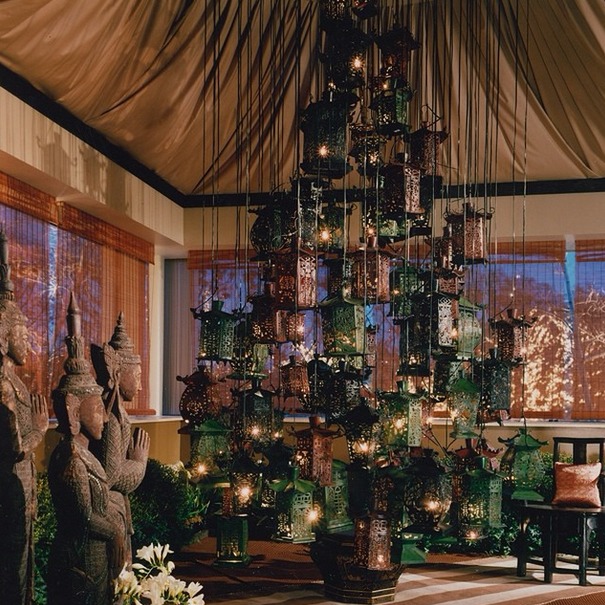 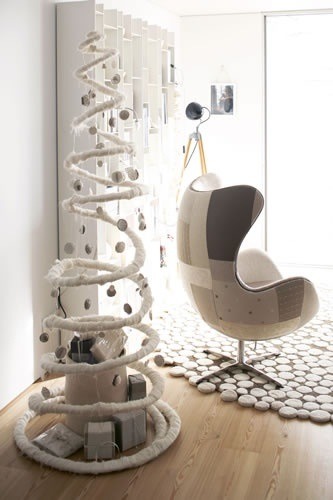 If you are spending the holidays at a cabin, this antler tree would be spectacular. But please note that the candle bulbs are wired through the antlers which means they are likely made of life-like resin, not actual antlers. For the record, I approve of naturally-shed antlers only. 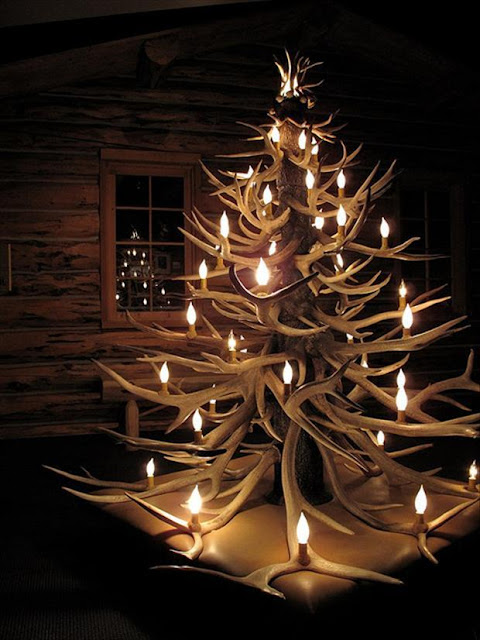 Off-cuts of tree branches can be upcycled into a tree which can be used year after year! 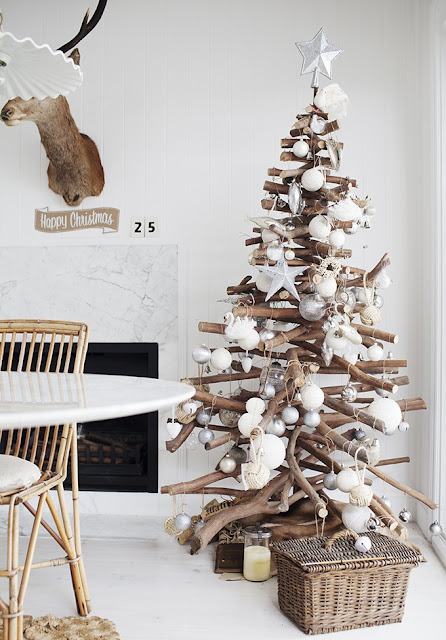 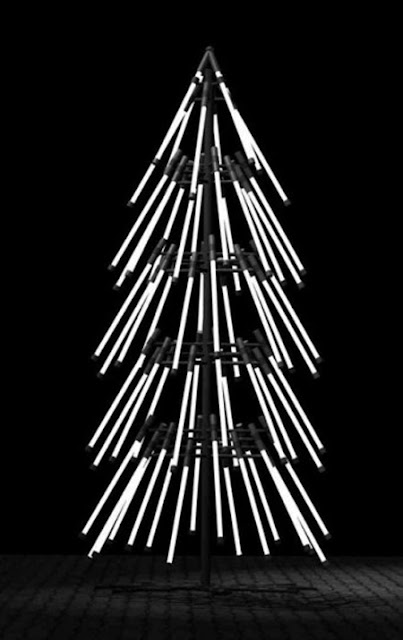 An unexpectedly beautiful bonsai holiday tree...delicate and spellbinding. Of course the things that truly make this tree so successful are the tiny Japanese lantern ornaments, the finches lining each branch, and, brilliantly, the flocking. 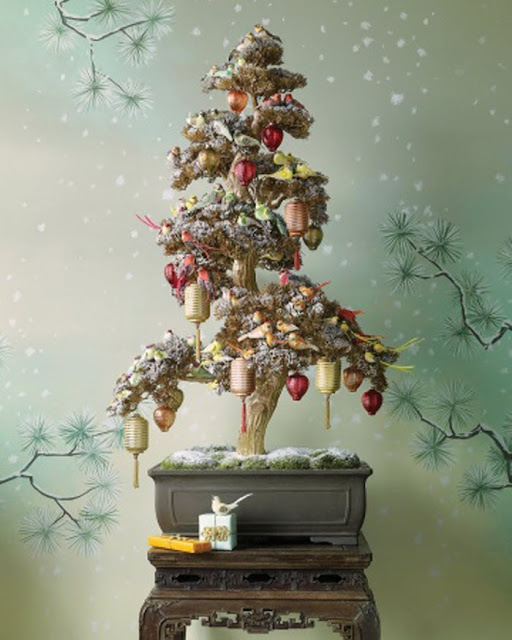 A plethora of Brooks Brothers neck ties make a geometric pattern in silk! 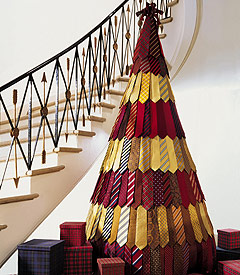 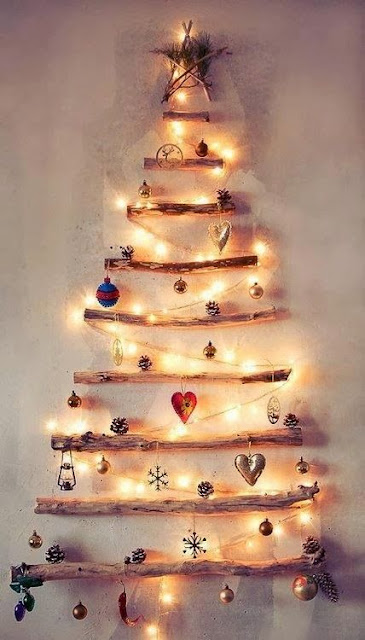 With a little bit of imagination, nearly anything can be coaxed into the service of a holiday tree.
Happy designing and Happy Holidays!
Posted by Jeff Fiorito, Allied ASID at 7:00 AM 1 comment: