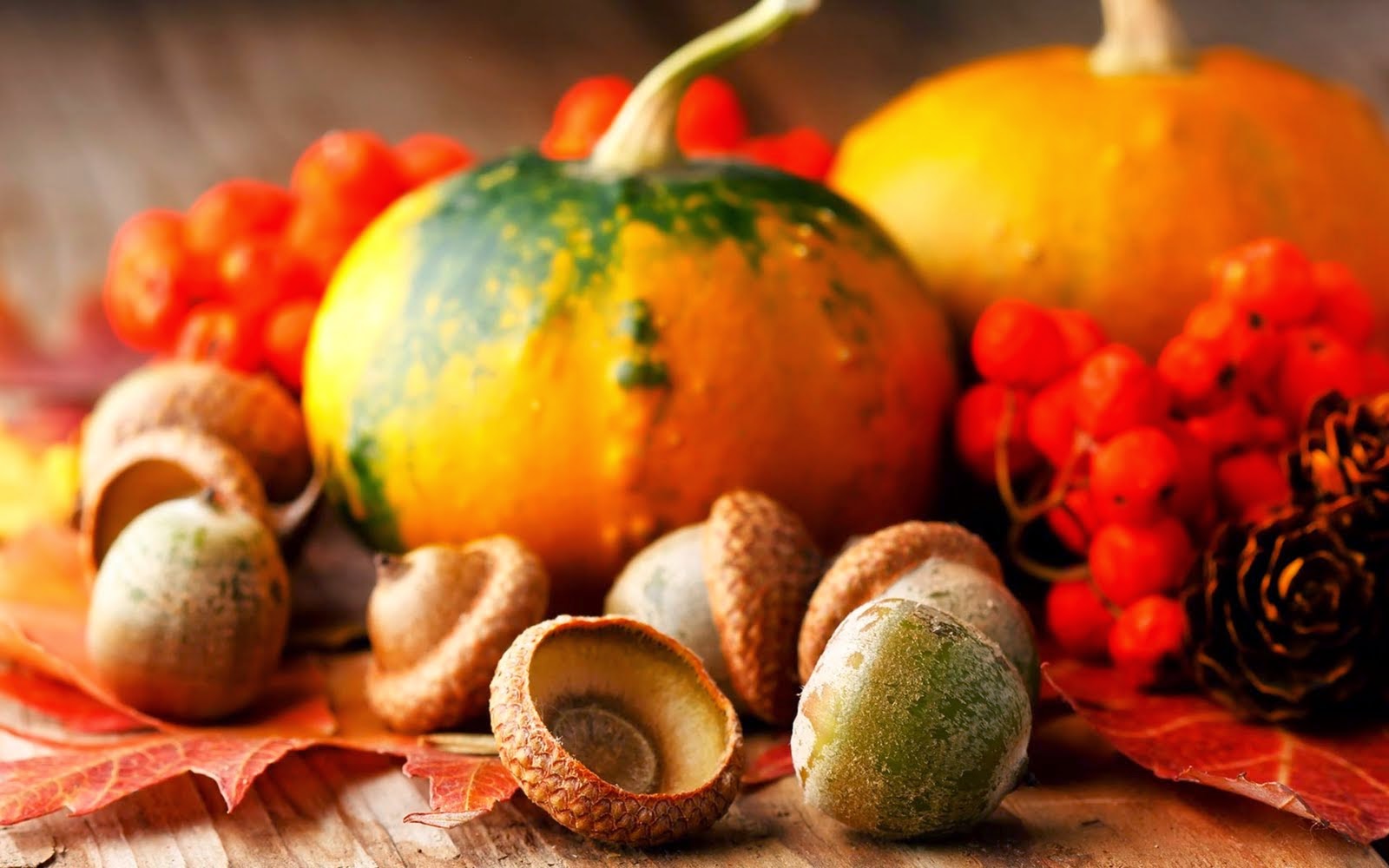 "I don't have to chase extraordinary moments to find happiness - it's right in front of me if I'm paying attention and practicing gratitude."
--Brené Brown

Happy Thanksgiving!
Posted by Jeff Fiorito, Allied ASID at 8:00 AM No comments:

Bring Autumn To The Table

When decorating with a season in mind, it is easiest to mimic what the season is doing. See my "Four Easy Steps For Autumn Décor" post from last year here. But if you want something fast and elegant for your Thanksgiving Day table or mantel, try one of the following ideas.

Fiery autumn leaves still attached to their branches look great when gathered together in a bouquet. The wilder the arrangement looks, the better... 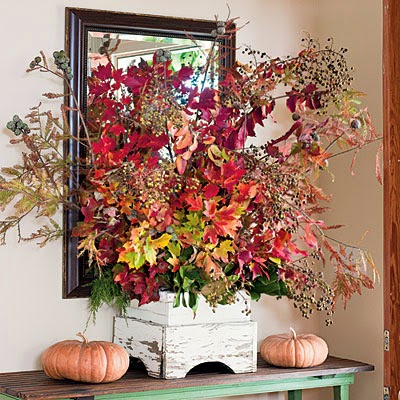 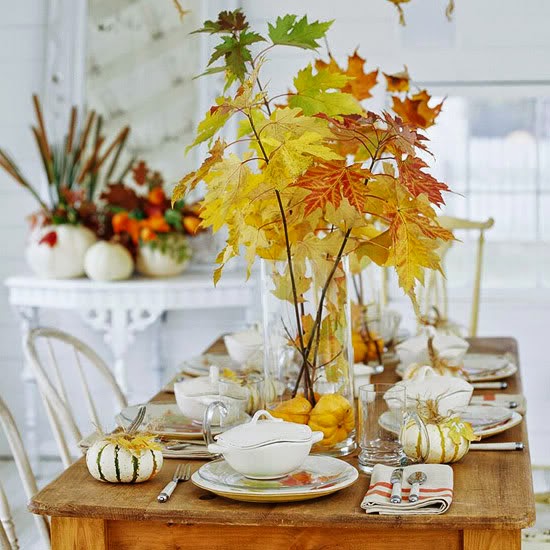 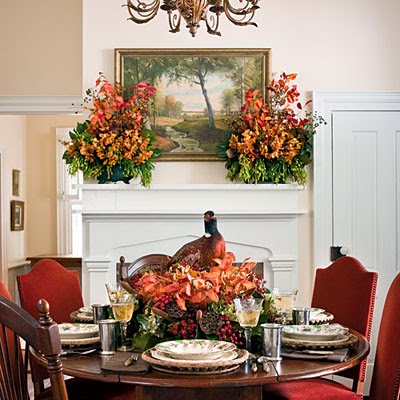 Of course pumpkins and gourds ripen for fall and can be included in the natural bounty of the season. The upside down galvanized steel buckets below, available at garden supply stores, are a great way to elevate pumpkins for a varied display. Or line up a group of orange beauties on a mantel for a simple but effective tableau. 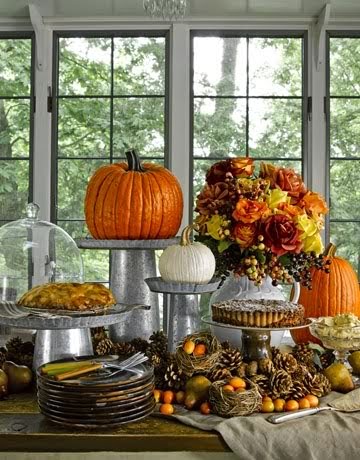 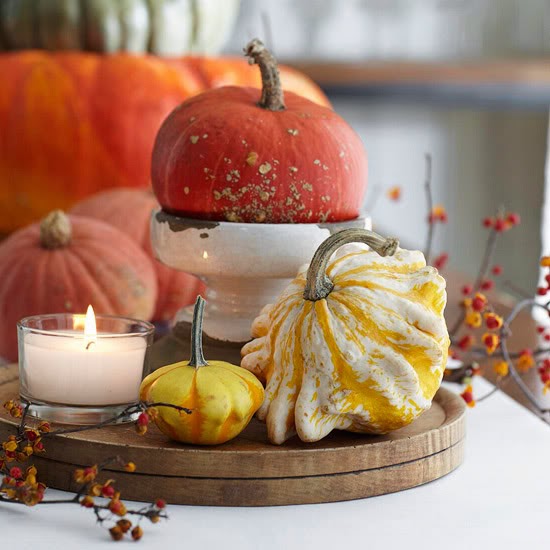 Another great use for pumpkins and gourds is to hollow them out and use them as vases for autumnal colored flowers. 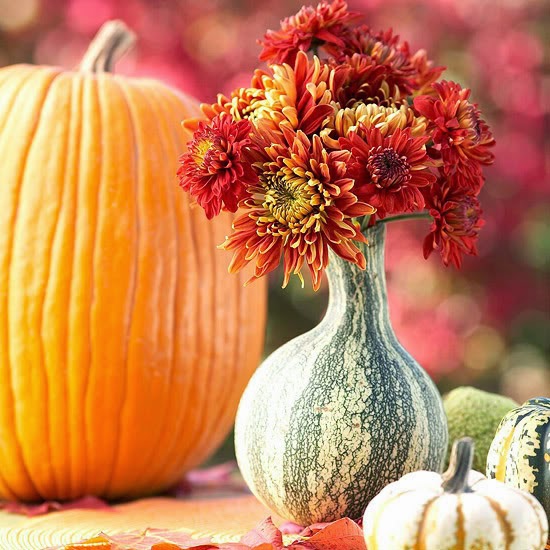 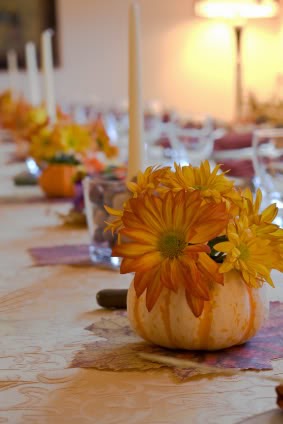 Many varieties of pumpkins and gourds come in unexpected colors like white, soft green-blues, or dark forest greens. Use these to coordinate with a white or natural colored table setting for a more sophisticated look. 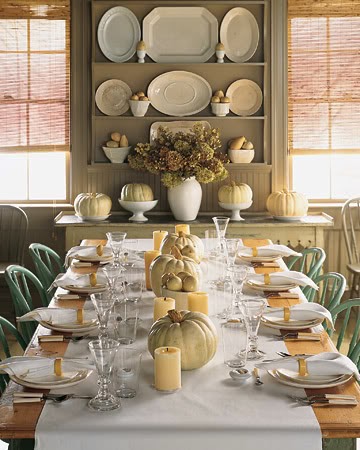 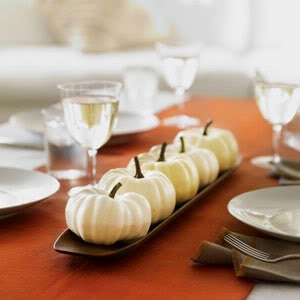 Happy Autumn and happy designing!
Posted by Jeff Fiorito, Allied ASID at 8:00 AM No comments:

These Engaging Entries are a continuation of a post from August, here, in which I remarked that every house should have an entryway that announces the personality of the homeowner... an entryway that is playful, engaging, welcoming, or dazzling. If you don't have an actual entry space or foyer, or if your door opens into your living space, you can still take a cue from some of these photos and place a collection of interestingly framed artwork or even a small bench near the entrance. 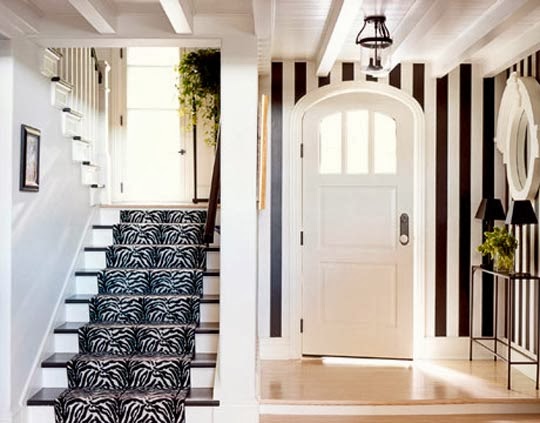 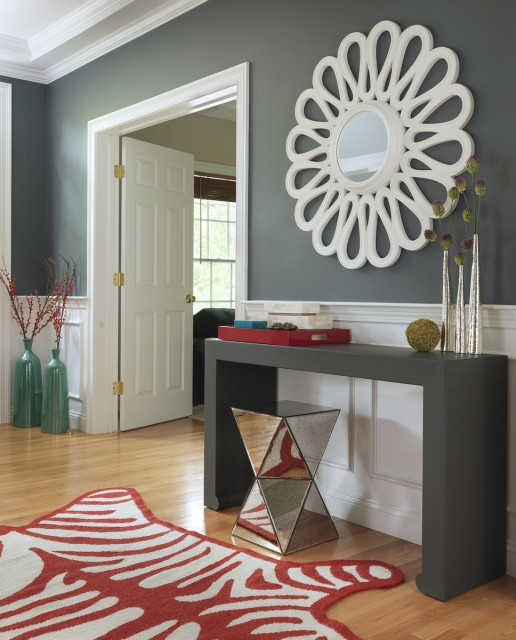 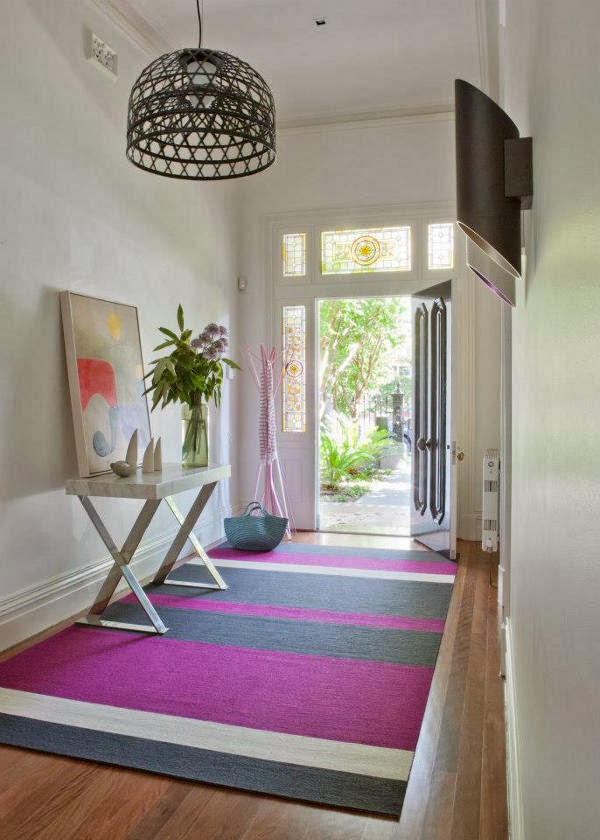 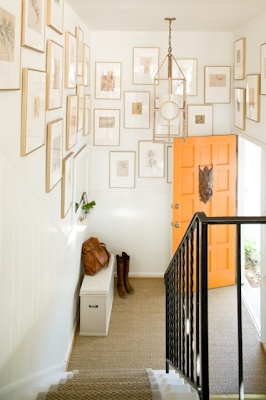 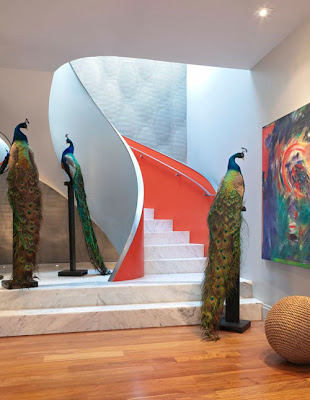 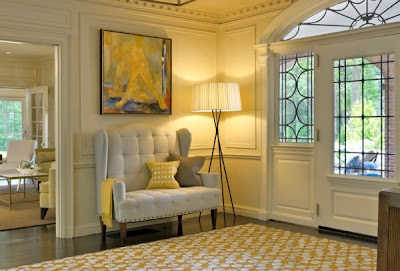 Entry by Meyer and Meyer 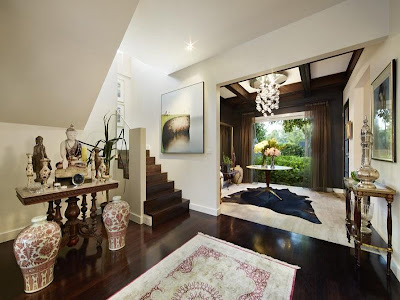 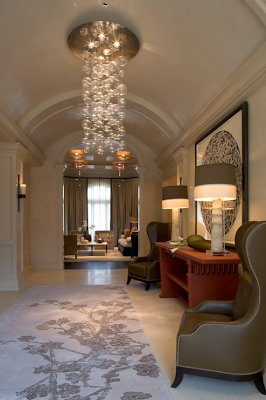 For this installment of History of Furniture, let's look at another staple of modernism: furnishings by Le Corbusier. 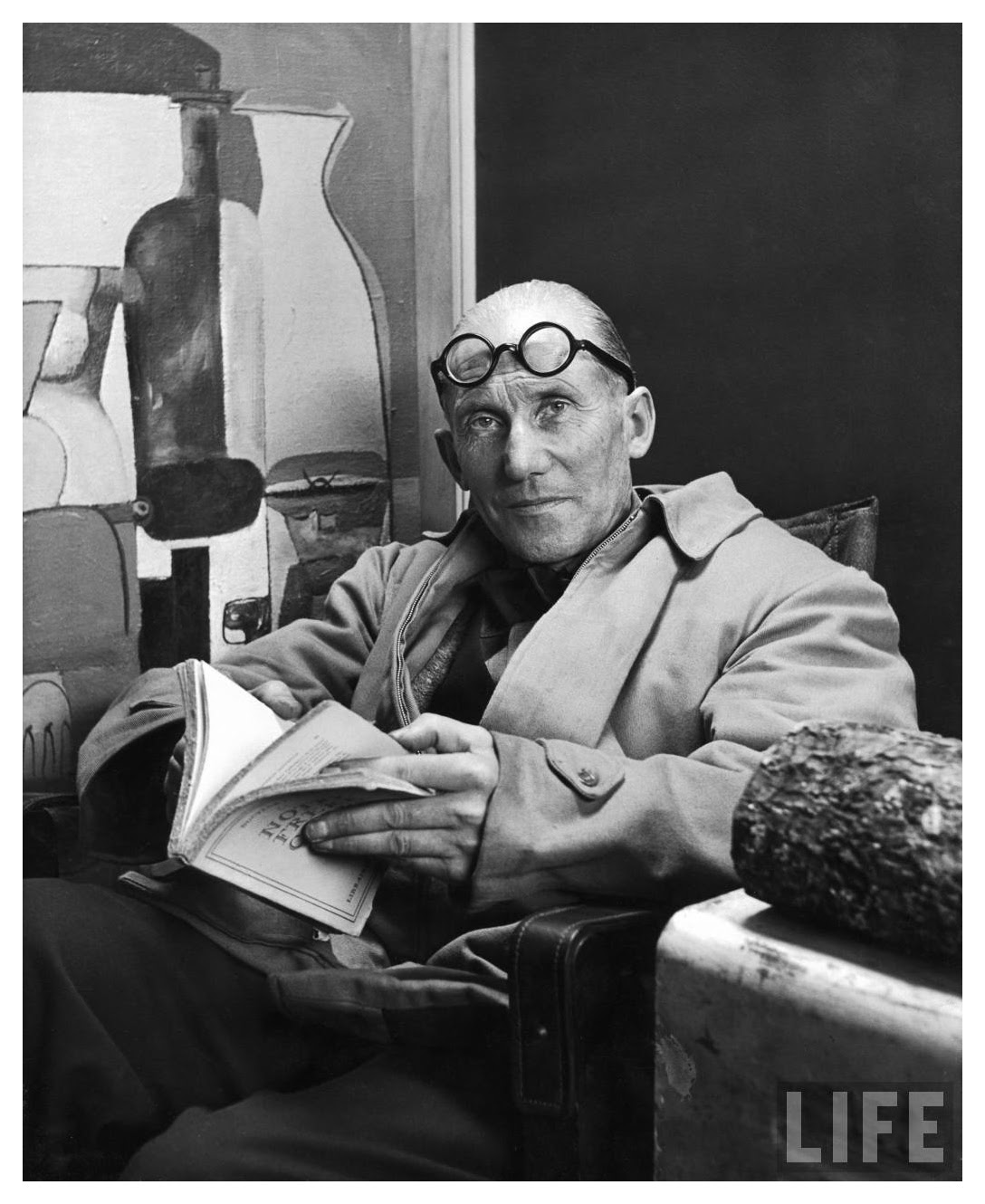 Charles-Édouard Jeanneret-Gris was a Swiss architect, designer, urban planner, artist, and writer who participated in the birth of Modernism as an artistic and civil movement. In 1920, early in his career, he adopted the pseudonym Le Corbusier (a version of his mother's father's name). Starting in 1928, Le Corbusier collaborated with Charlotte Perriand, another architect he invited to join his design studio, to create a series of chairs and lounges that are still being used today.

The first chair to be produced was the LC-1, consisting of a frame of steel tubing with tightly wrapped leather panels for the seat, seat back, and arm rests. Black or white leather was common but the chair is now available in options like hair-on-hide, seen below. (Note: this chair is often confused with the Marcel Breuer Wassily chair which was covered here in a History of Furniture post about Bauhaus and De Stijl.)

This was followed by the iconic LC-2 and LC-3 chairs whose designs were based on the idea of a cube. The LC-2 is smaller but the LC-3 is scaled a little larger, with ever-so-slightly lower arms.

The frame is made of--you guessed it--chrome on steel tubing. The only company that holds the license for Le Corbusier's designs, Cassina, now make these pieces with powder coated tubing in different colors.

Le Corbusier designed many influential and famous buildings, structures, and homes. He became a French citizen in 1930 and died on August 27, 1965 while swimming in the Mediterranean Sea.

These timeless pieces he gifted us will add a bit of architectural interest to any space. They are available through Cassina:
http://cassina.com/en