It seems like an unlikely color for a kitchen, but black can add a sense of sleek glamour or, surprisingly, a sense of traditional history. I know the idea of a black kitchen may make you a tad nervous, but bear with me as we journey through the following spaces...

Black seems an easy choice for modern or minimalist kitchens. The flush black cabinetry in the photos below seem to be part of a sci-fi film. But in the third photo, the infusion of black comes from the shiny black penny round tiles on the wall and the fantastic black granite island and counter tops. 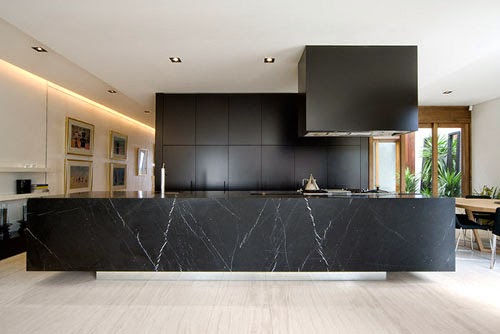 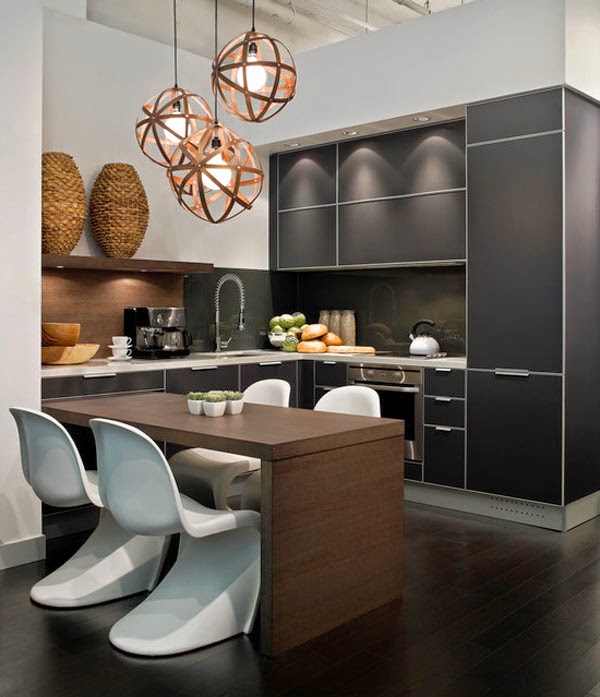 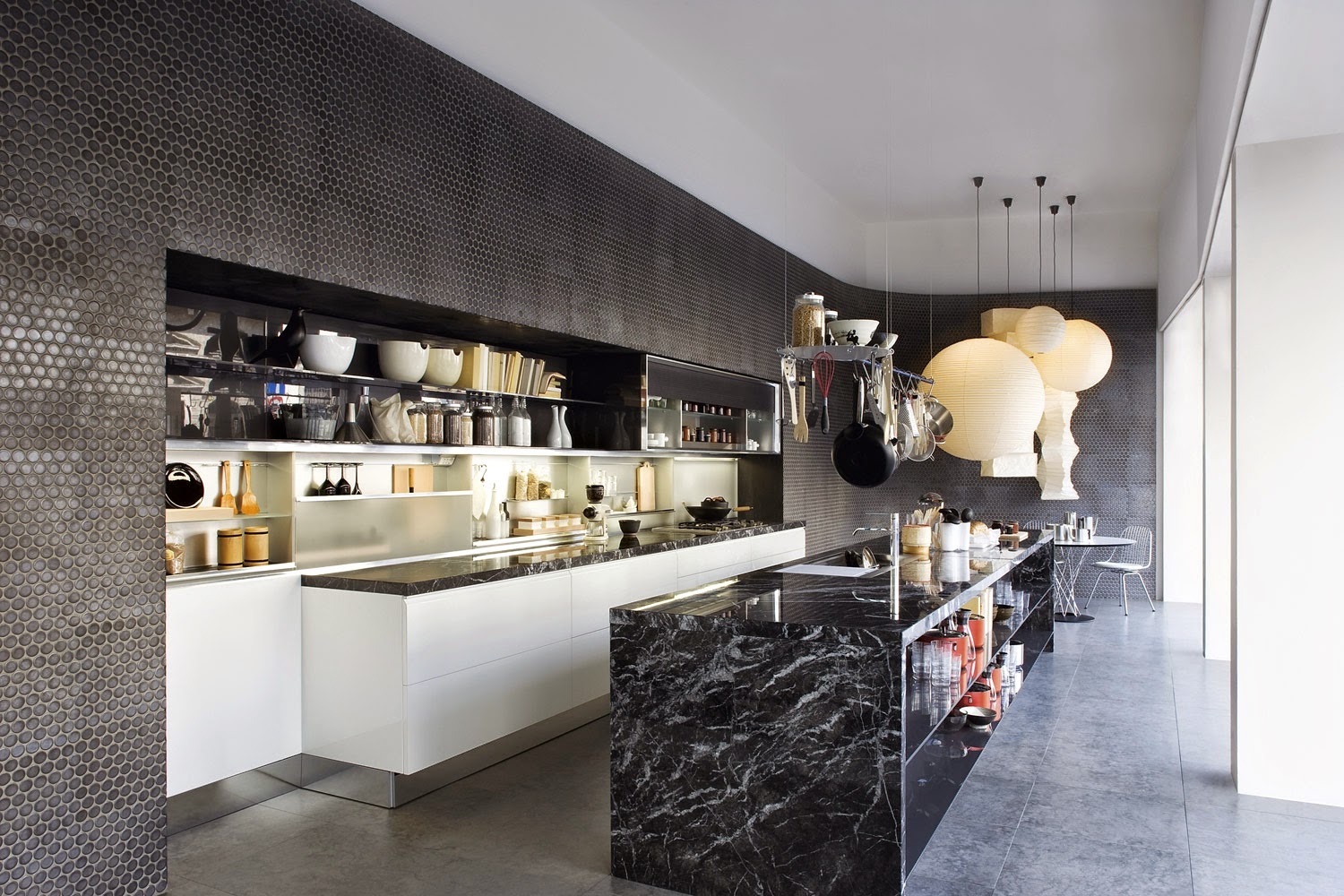 This über-glamorous, metropolitan kitchen by Miles Redd makes every culinary moment there a black-tie event. 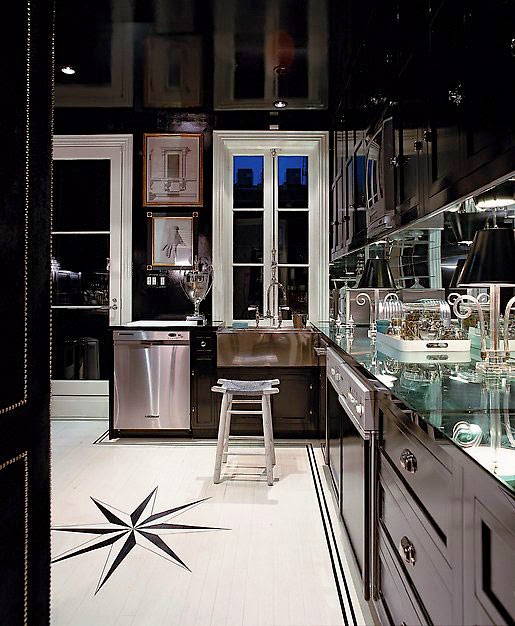 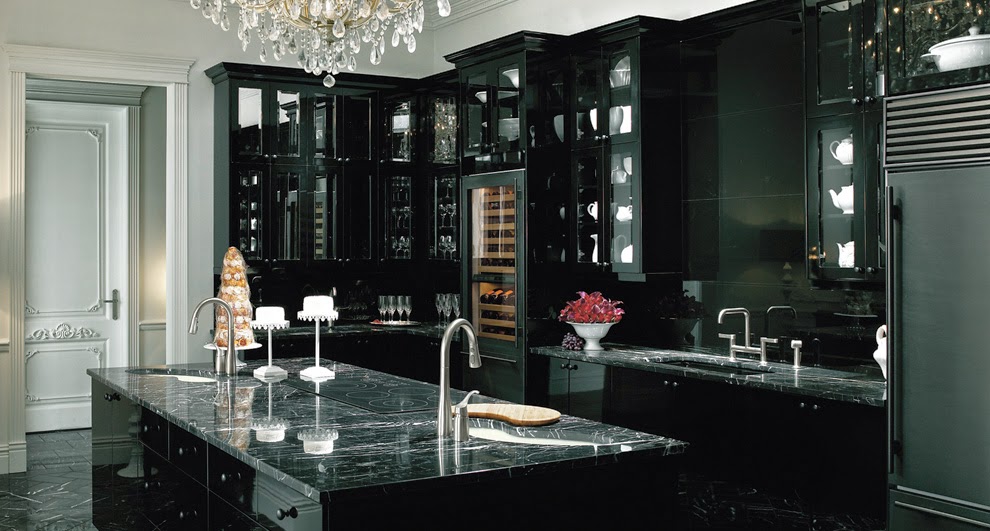 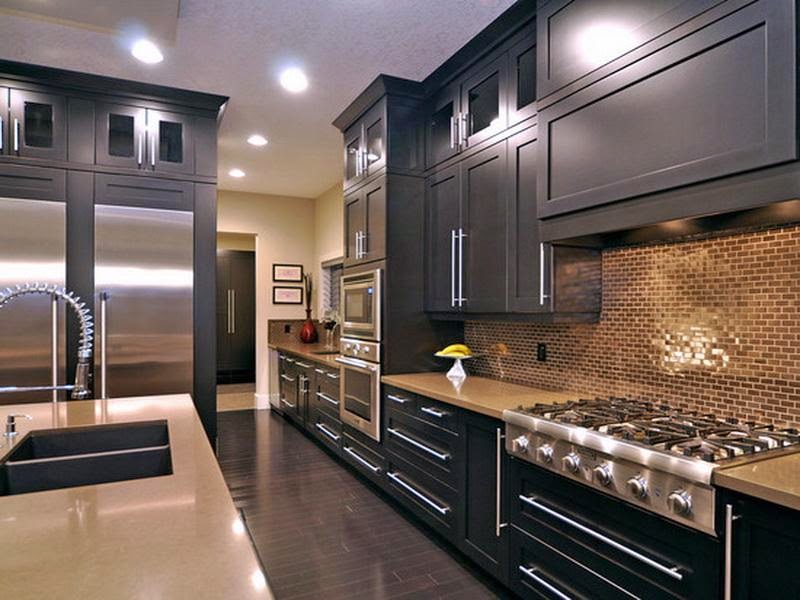 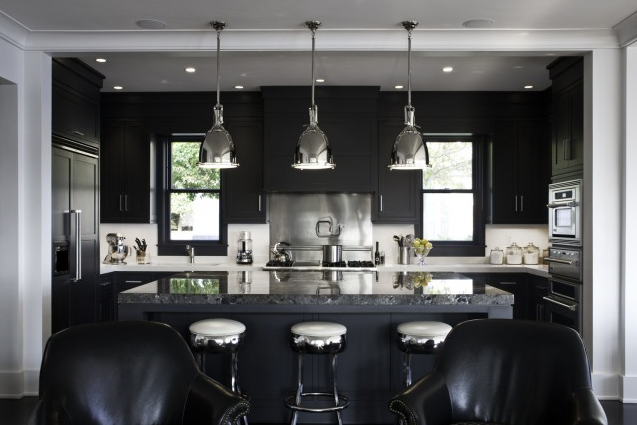 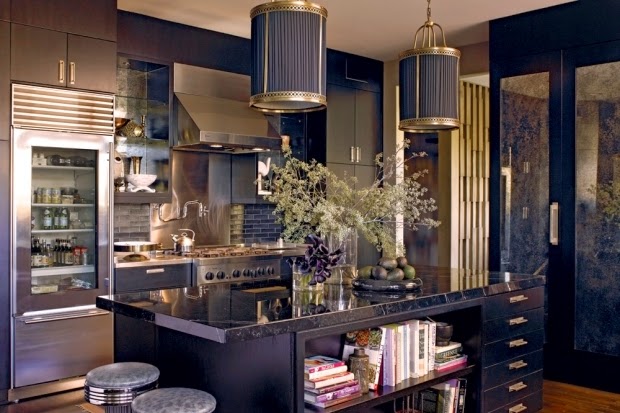 This black kitchen by Elizabeth Roberts, below, is not entirely black thanks to the play of warm wood tones and aged brick. In this context, the sense of New England history is present in this four-square house with the whimsical addition of a canoe frame suspended from the ceiling. 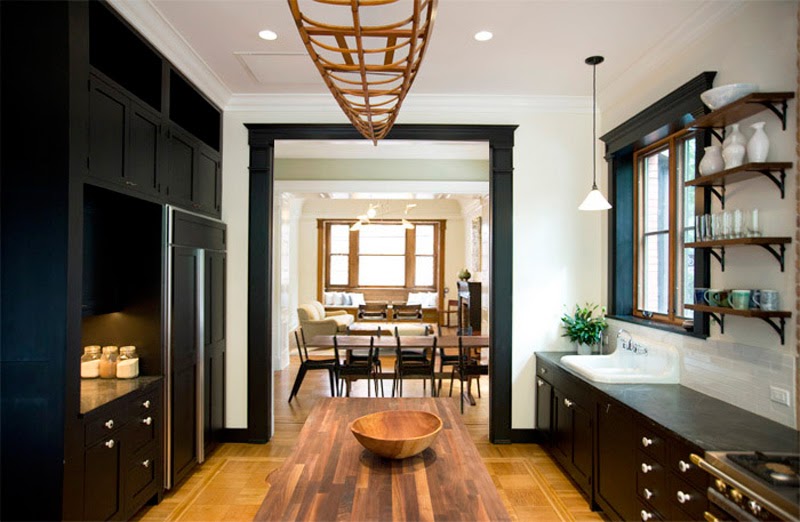 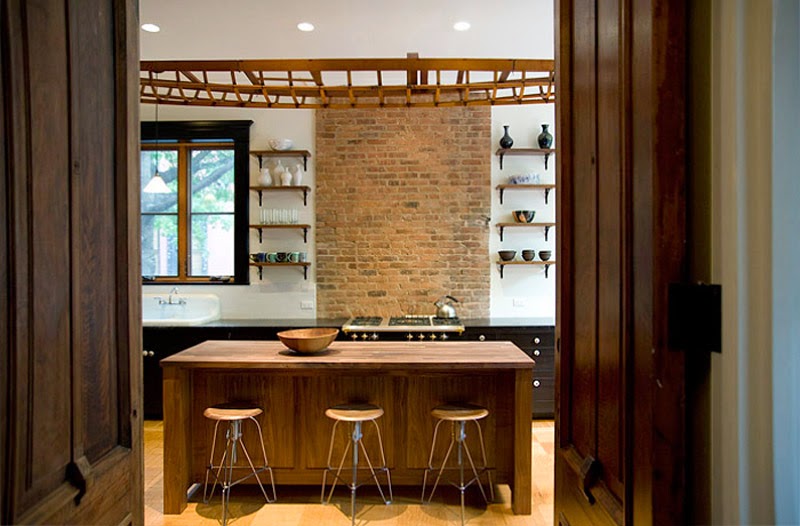 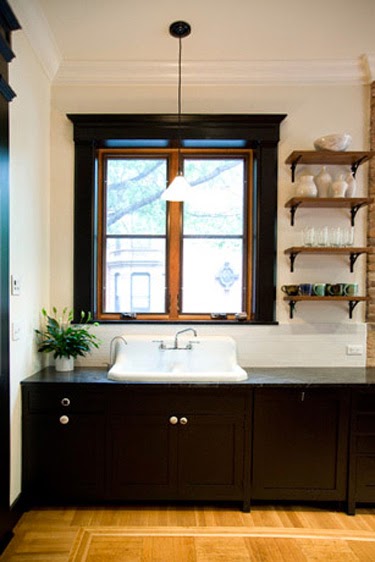 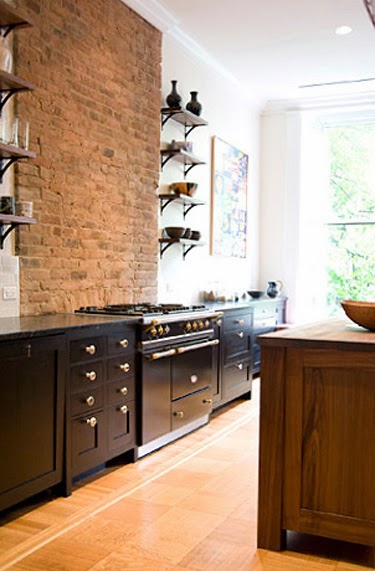 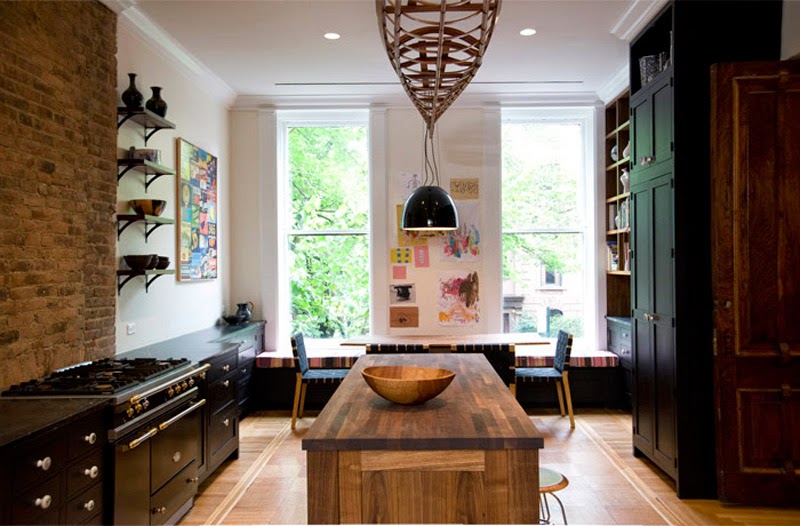 Black can be tempered further as seen in this very traditional kitchen by Patricia Stewart who used an under-color of midnight blue or purple on the island to give the black units some extra depth. 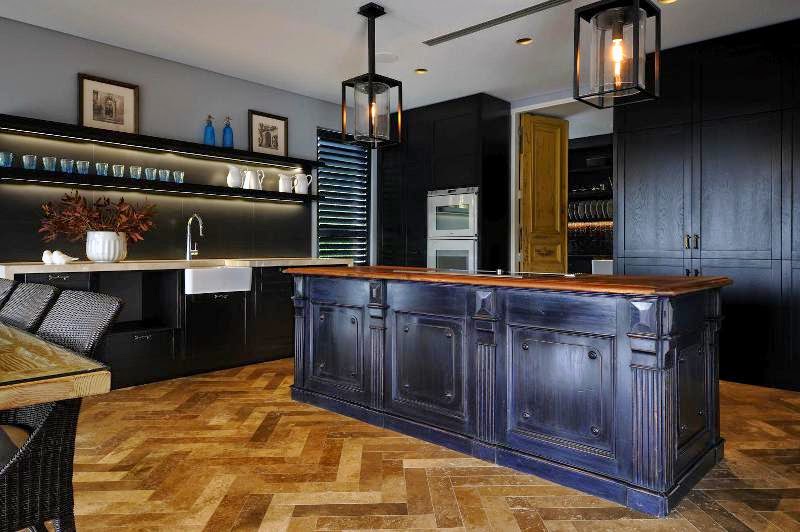 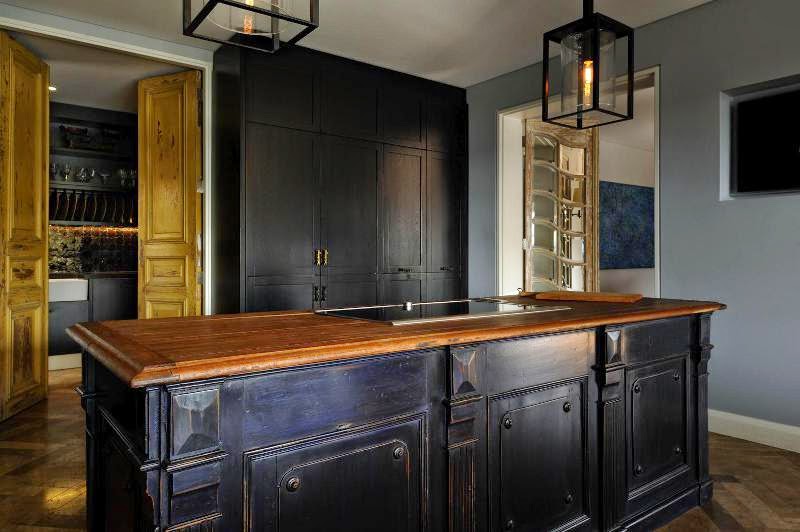 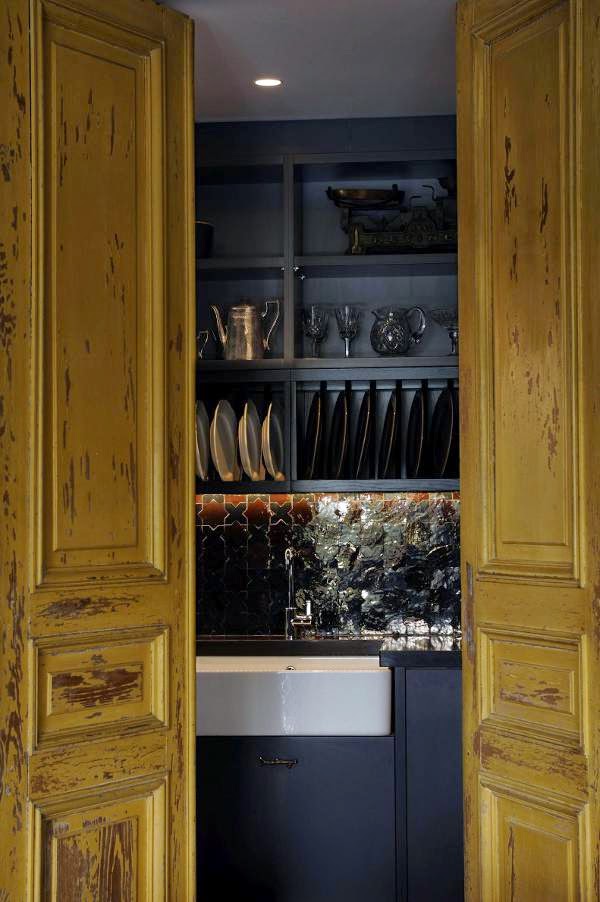 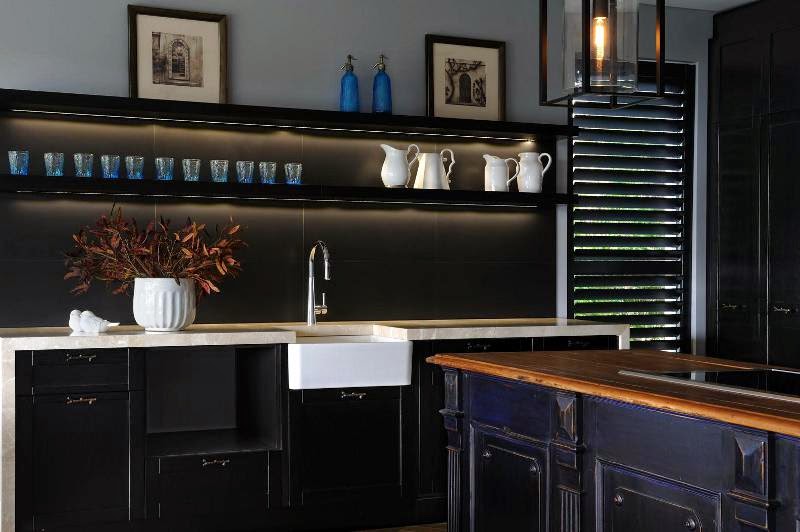 I was fortunate enough to see Steven Miller's stunning black kitchen, named House Beautiful's Kitchen of the Year for 2014, at the San Francisco Decorator's Showcase this past May (which I wrote about here). The end result, full of light, was a space of stately elegance but also, interestingly, of a sense of restraint. 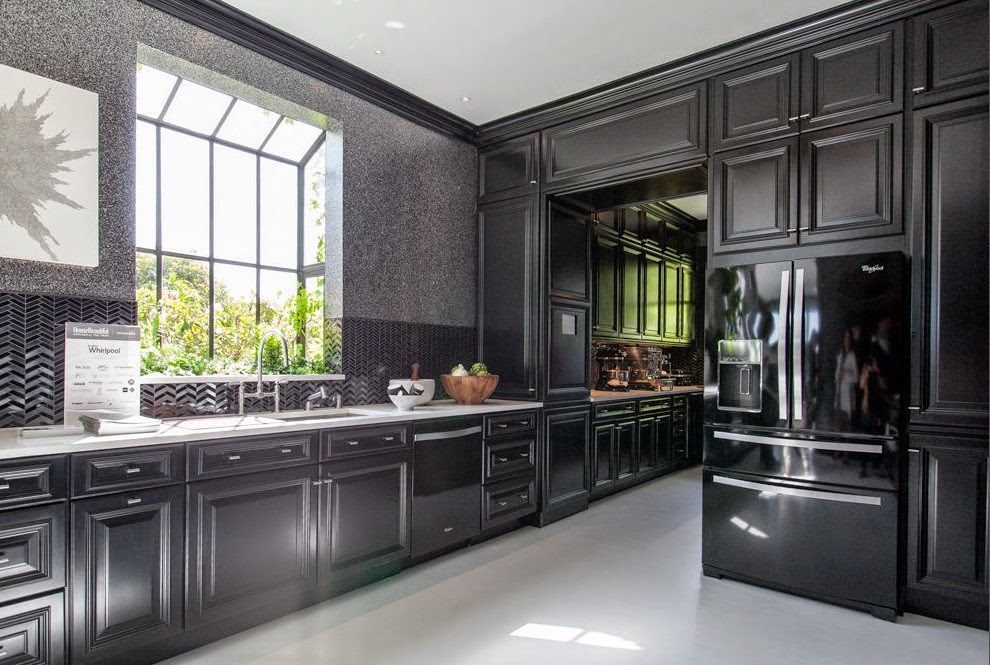 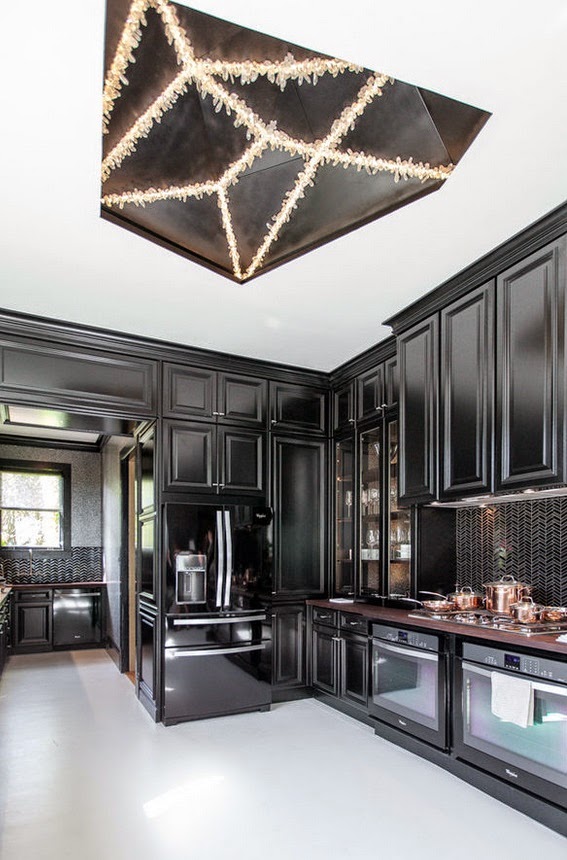 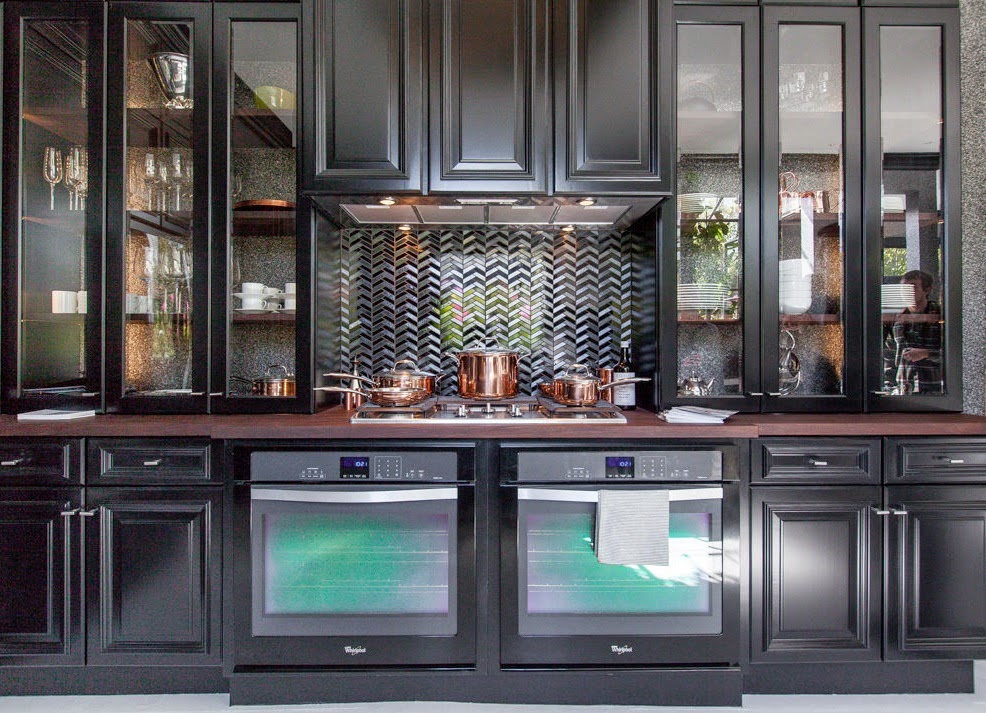 If the thought of all black kitchen cabinetry makes you nervous, how about just the base units? It grounds the space and lends an air of sophistication... 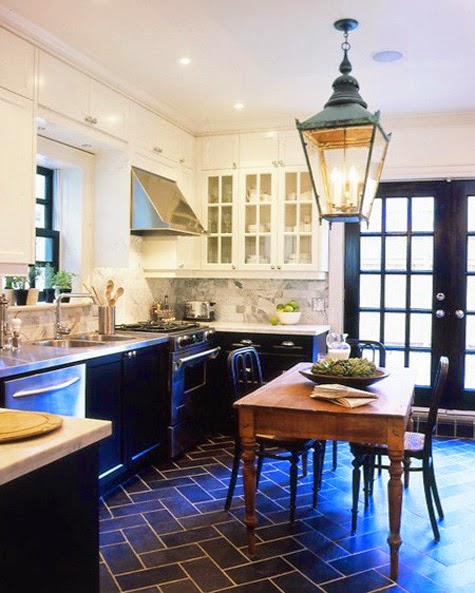 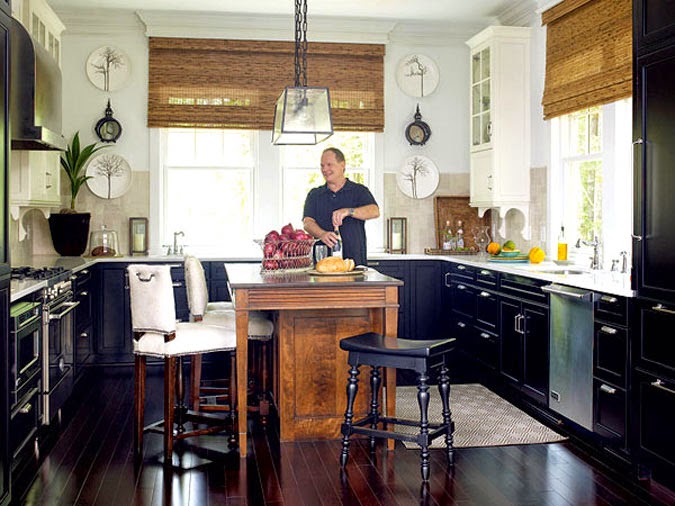 And if that thought still makes you nervous, do what food celebrity Tyler Florence did in his own home and put black subway tile on a single backsplash wall. You still get a dramatic statement without committing to too much black... 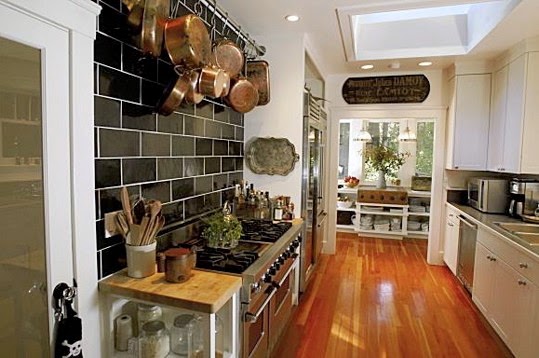