For this installment of The History of Furniture, we are going to look at a specific sub-genre of the  larger Victorian style category. We have previously looked at what is known as a Victorian style sofa here, as part of the Know Your Sofas series. Strictly speaking, the term "Victorian" really only applies to a style in architecture, art, clothing, and interiors in Great Britain and not the United States, since Victoria's reign, from 1837 to 1901, only covered that realm. People use the term for a certain style of architecture here in the United States for homes that are actually more aptly termed "Italianate" but that is for another post.

During Victoria's reign--which was quite long (a record broken by the current Queen Elizabeth II)--several styles came and went. Interestingly, nearly all were revivals of some sort. The decades of her rule saw a Rococo Revival, a Gothic Revival, a Renaissance Revival, a Jacobean Revival, and digressions into styles known as Orientalism (look for a future post about Olana, one of the most famous Orientalist homes in the United States, coming soon) and an Egyptian Revival.

The Victorian style's hallmark is massive, heavy, phenomenally complex and ornately carved pieces of furniture but the sub-genre we are going to look at today deliberately eschewed this heavy ornamentation for a sense that was more aligned with the cleaner lines of William Morris and the Arts and Crafts movement.

Originally a proponent of Jacobean and Gothic Revival, Charles Locke Eastlake was an English architect and furniture designer (1836 - 1906) who believed that furniture and decor in people's homes should be made by hand or by machine-workers who took personal pride in their work. 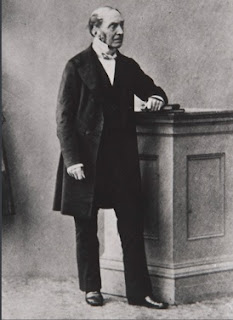 The Eastlake style is derived from a book he published in 1868 called HINTS ON HOUSEHOLD TASTE IN FURNITURE, UPHOLSTERY, AND OTHER DETAILS. In it, he outlined his ideas for the reformation of the typical heavy, detail-laden tastes of the Victorians in favor of a lighter, more organic approach. He used incised wood, and geometric shapes as detail. 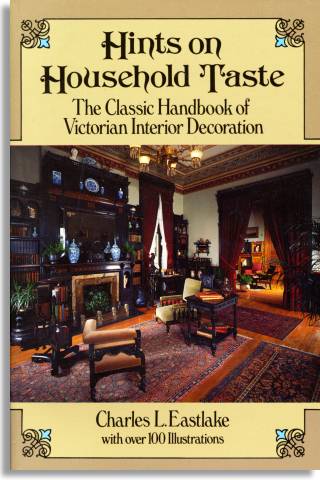 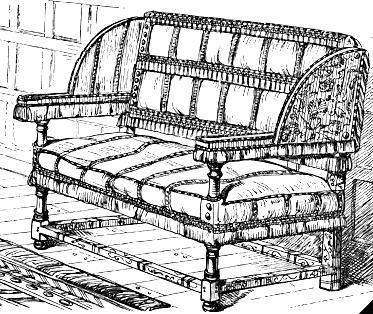 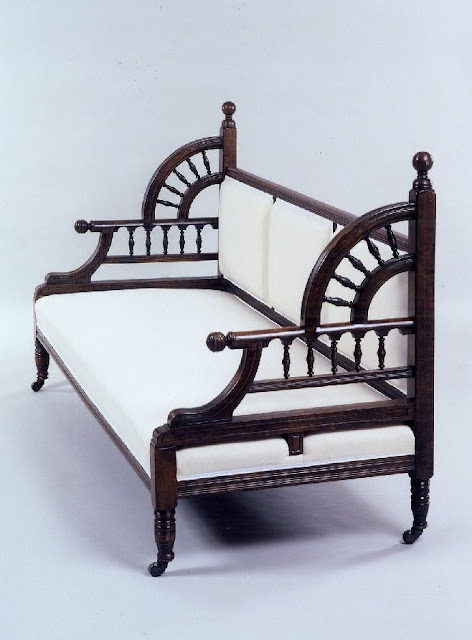 You can see how he avoided the scrolls and curlicues of Victorian Rococo in favor of straighter lines. There is a much more rectilinear sense to the pieces themselves in addition to the details they sport. Orbs, bobbin shapes, and bead shapes rest alongside minimally incised designs of leaves, vines, and simple rosettes. In this way, the Eastlake Style can certainly be seen as an important stepping stone toward Arts and Crafts, or American Craftsman in the United States along with its distant cousin, Mission Style. 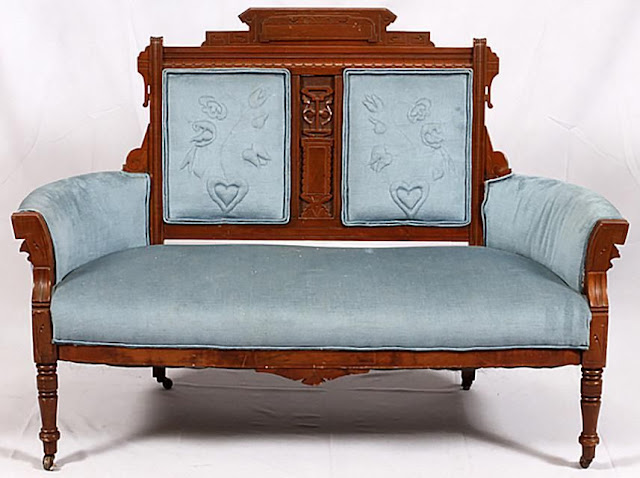 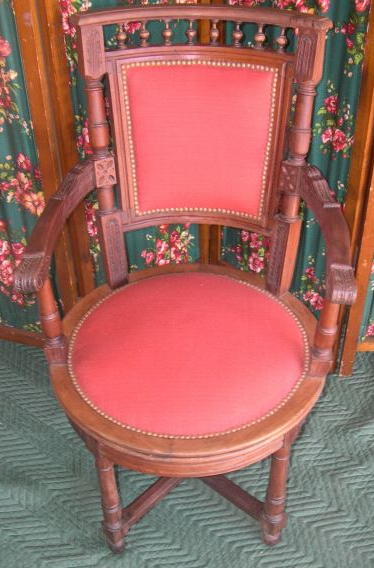 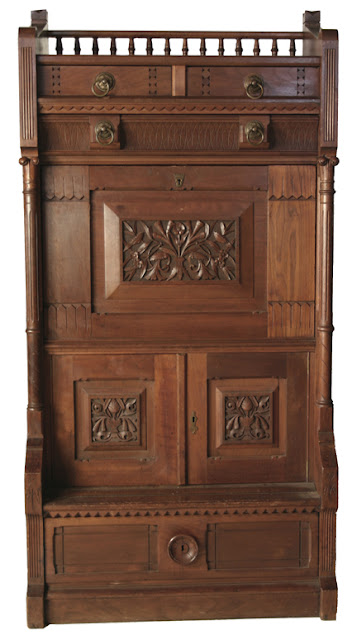 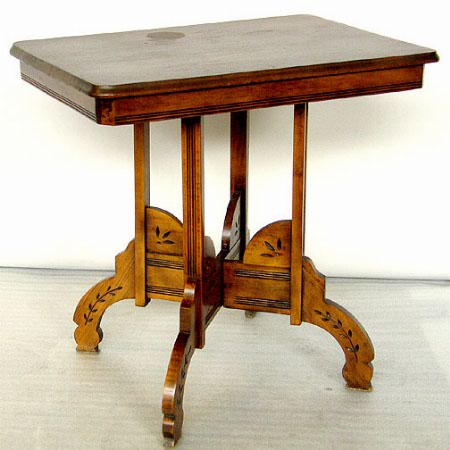 Many years ago, I had the honor of refurbishing and reupholstering an heirloom Eastlake-style chair for a client. I think the traditional Victorian crimson makes the chair look like it must have in 1898. 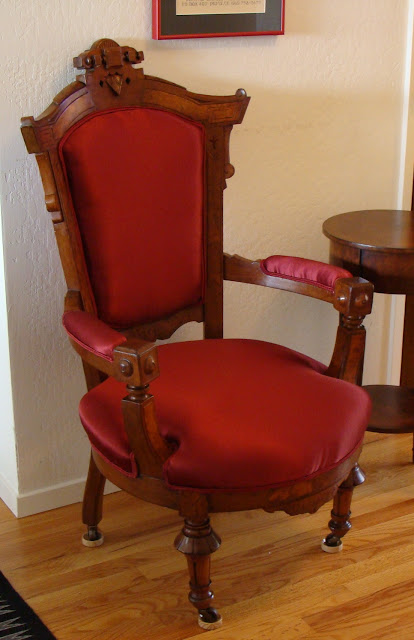