Know Your Sofas: The Victorian Sofa

When surveying antique furniture, one of the broadest--and most abundant--periods is the Victorian Era. Strictly speaking, the term "Victorian" really only applies to a style in architecture, art, clothing, and interiors in Great Britain since Victoria's reign, from 1837 to 1901, only covered that realm. People use the term for a certain style of architecture here in the United States for homes that are actually more aptly termed "Italianate" but that is for another post.

During Victoria's reign which was quite long (a record broken by the current Queen Elizabeth II), several styles came into vogue. Interestingly, nearly all were revivals of some sort. The decades of her rule saw a Rococo Revival, a Gothic Revival, an Egyptian Revival, a Renaissance Revival, a Jacobean Revival, and digressions into styles known as Orientalism and American Eastlake (based on the work of English architect and furniture designer Charles Locke Eastlake). But I think more than any other style, we equate the Rococo Revival with what we stereotypically think of as Victorian furniture. Massive pieces, elaborate curves, dark woods, and phenomenally complex and ornate high-relief carvings are hallmarks of the Rococo Revival (Victorian) style which lasted longer than any other style in the era.

Sofas were upholstered in luxurious fabrics like velvet, damask, brocatelle, satin and silk and feature oval, round medallion, or cartouche backs. 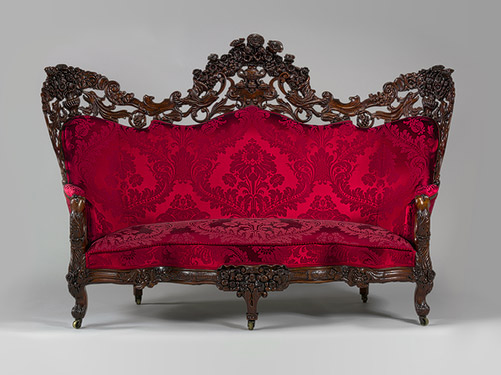 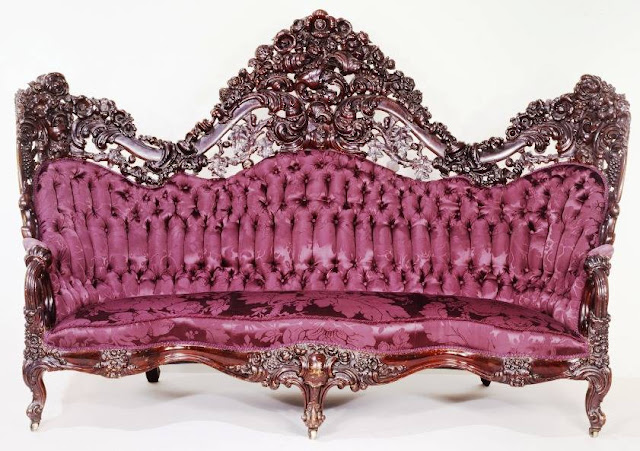 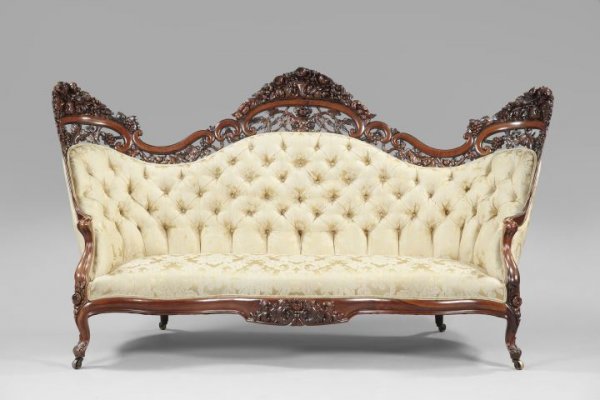 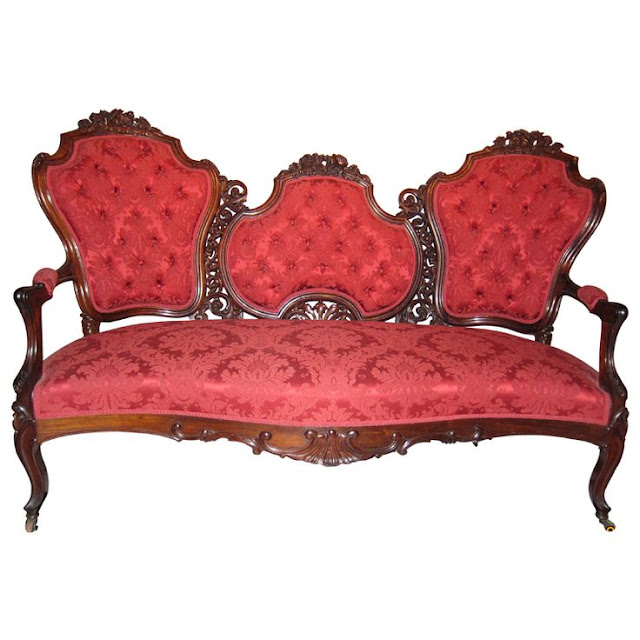 As you see, Rococo Revival is a very specific style that is not easily integrated into other periods or designs. I feel it works best in a strict period room of the time. But it's helpful to know about this period of furniture since subsequent styles such as Art Nouveau, the Secessionist Movement, and Arts and Crafts were rebellions against the massive, heavy design and over-the-top sense of embellishment of Rococo Revival. If there's one thing one can count on in matters of style in any art form, it is that the pendulum will eventually swing the other direction!