History of Furniture: The Eameses

What would Mid-Century style and design be without the enormous contributions of architect/designer duo and husband and wife team Charles and Ray Eames? 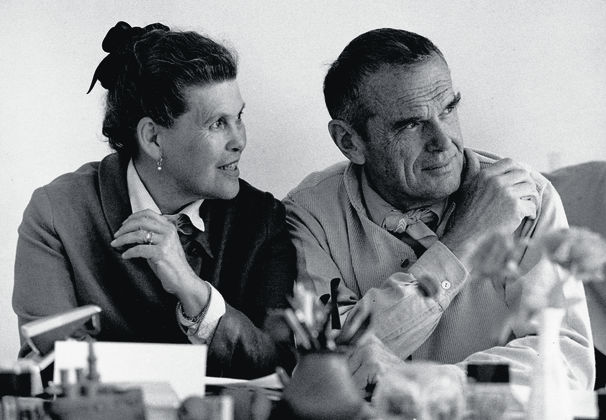 Starting in 1941, Charles and his wife Ray pioneered the early technique of using molded plywood for the construction of furniture. When World War II began, they were tapped to use their molded plywood technique to create splints, stretchers, and glider shells, but thankfully, after the war, they continued their fruitful and imaginative furniture design.

The first piece of furniture produced at the close of WWII was the LCW chair which utilized all they learned about molded plywood during the war. 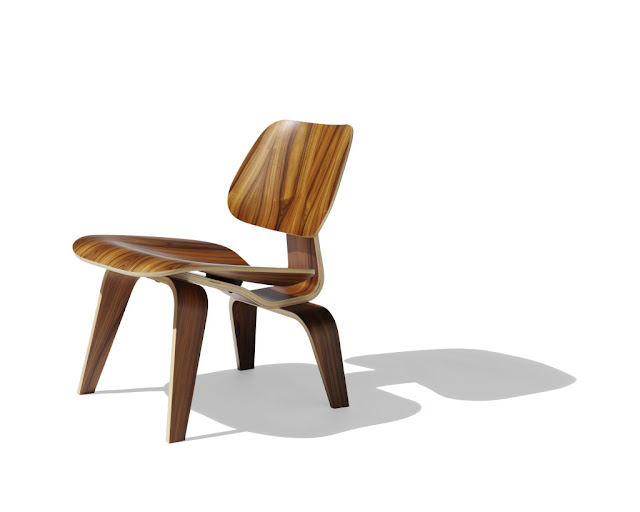 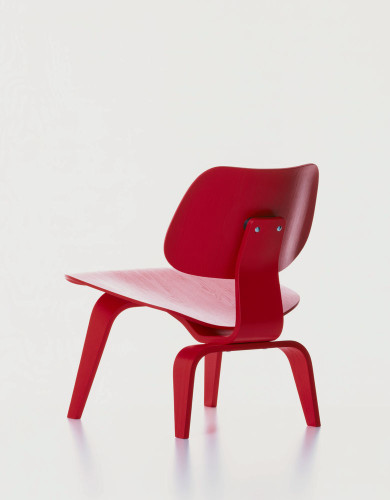 The LCW Chair was followed by the DCW Chair which, as a dining chair, was created in a slightly different scale...more erect and upright for dining at a table. 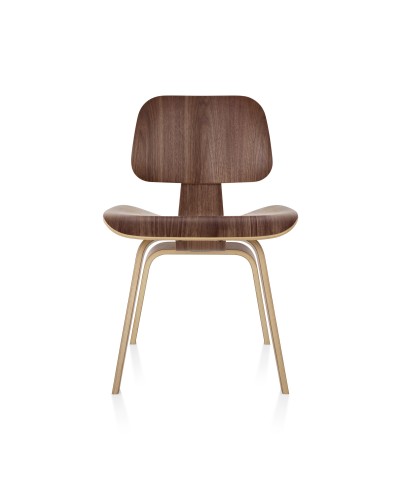 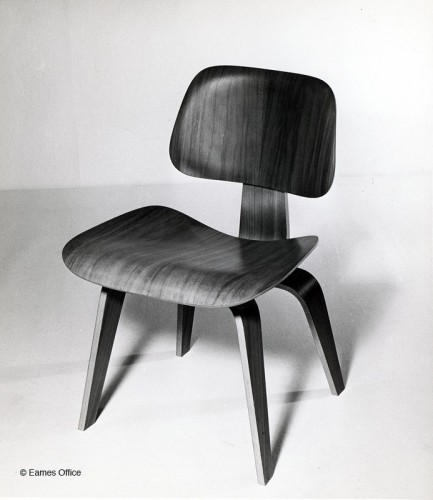 Wanting to create a chair that has the “warm receptive look of a well-used first baseman’s mitt,” the Eameses introduced their Lounge Chair and Ottoman in 1956. This chair is sometimes referred to as the 670/671 Chair since that was the name of the Herman Miller part numbers used to make the seating! 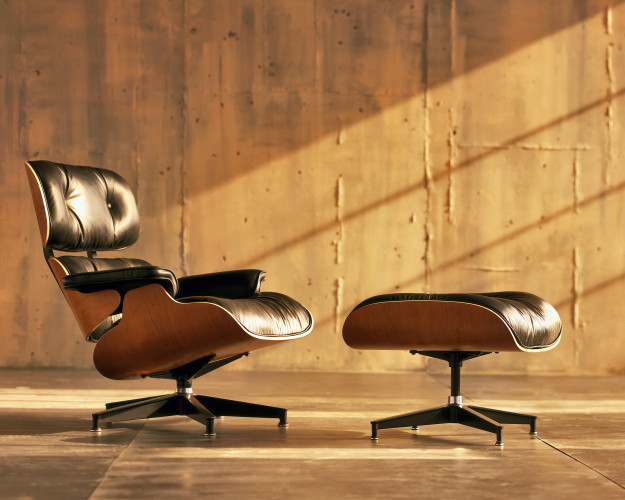 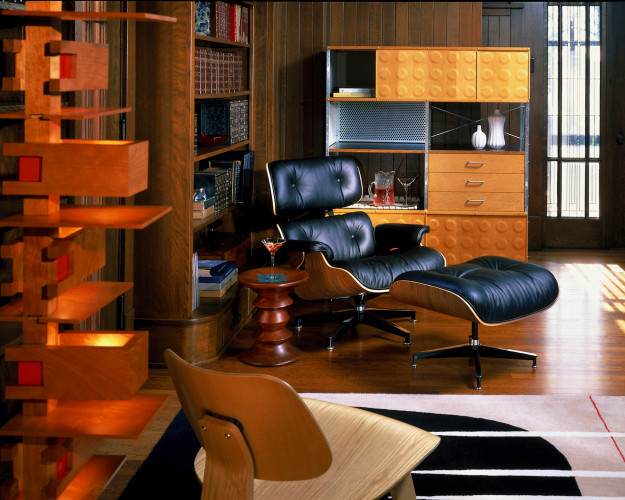 While traditionally produced in black--and sometimes white--leather, the Eames Lounge chair looks great upholstered in unexpected fabrics, like this ethnic ikat shown below! Herman Miller currently sells the chair in many different leather and wood choices. 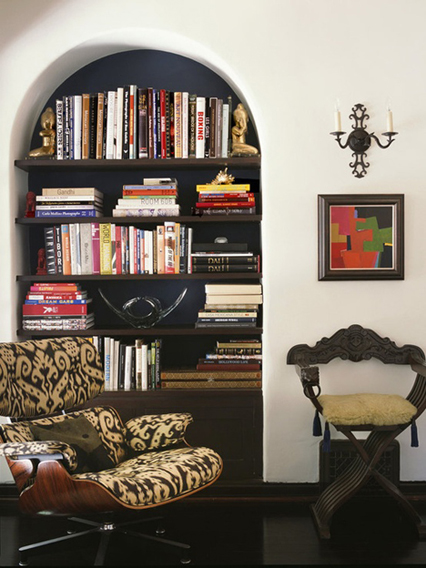 When Charles and Ray were creating their molded plywood chair, they initially wanted it to be composed of a single shell but the chair had issues at the curve where the seat met the back. With advances in plastics and fiberglass, they were finally able to fulfill their vision of a single shell (integrated deck and back) seat in their Molded Plastic and Fiberglass Chairs. 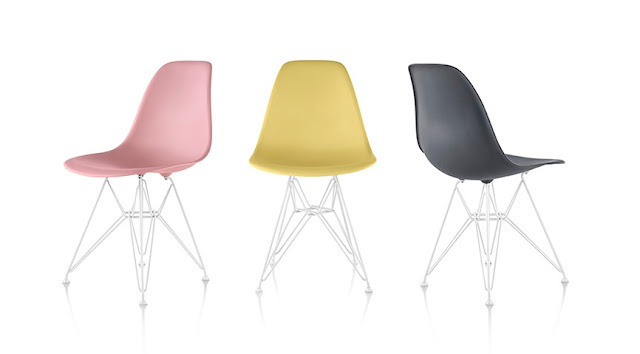 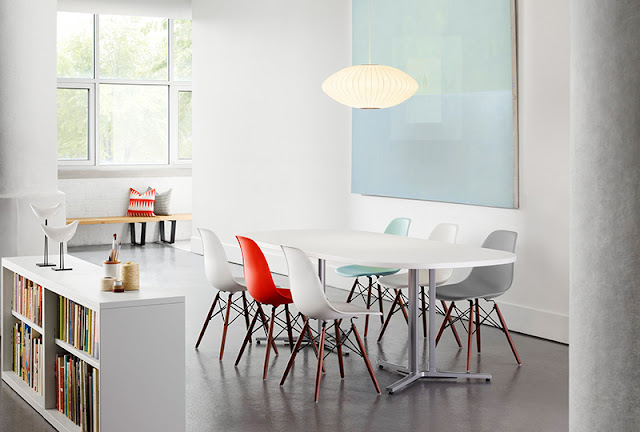 Designed in 1950, the fiberglass shell chair was the first mass-produced plastic chair in the world. The wire seat base is sometimes referred to as an "Eiffel Tower base" because of its resemblance to the famous Parisian landmark. The chair is also available with a wooden dowel base and a rocking base. And if you're worried about the environmental impact of fiberglass, fear not: Herman Miller now produces the chair by means of a less volatile, monomer-free "dry bind" process that is environmentally friendly and recyclable through the Herman Miller Take Back Program. 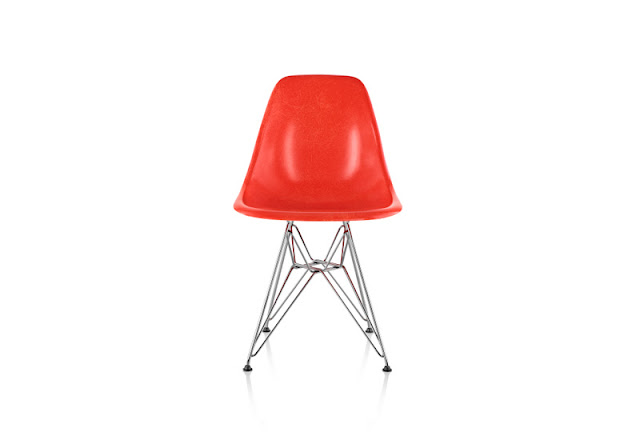 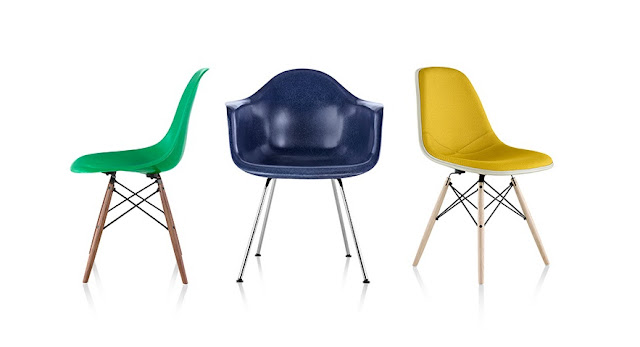 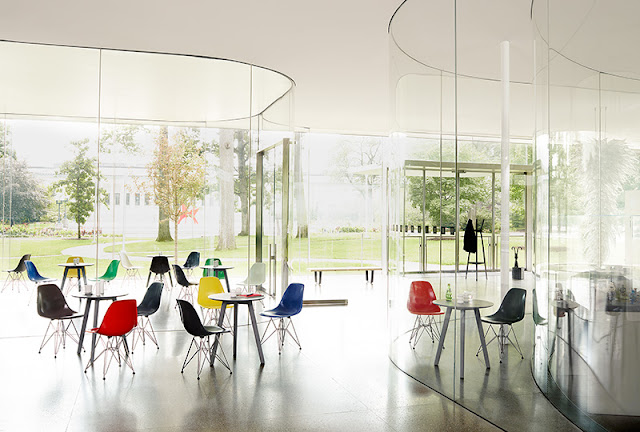 Charles and Ray designed the La Chaise lounge chair for The Museum of Modern Art’s 1948 “International Competition for Low-Cost Furniture Design.” Its name references both its function as well as Franco-American sculptor Gaston Lachaise’s Floating Figure (second image below), whose shape the Eameses thought would fit the chair perfectly. Although the chair was not produced for sale while Charles and Ray were alive, in 1996, long-time Eames partner Vitra International began manufacturing and distributing the La Chaise in response to public interest and demand. It has since become an icon of modern design. 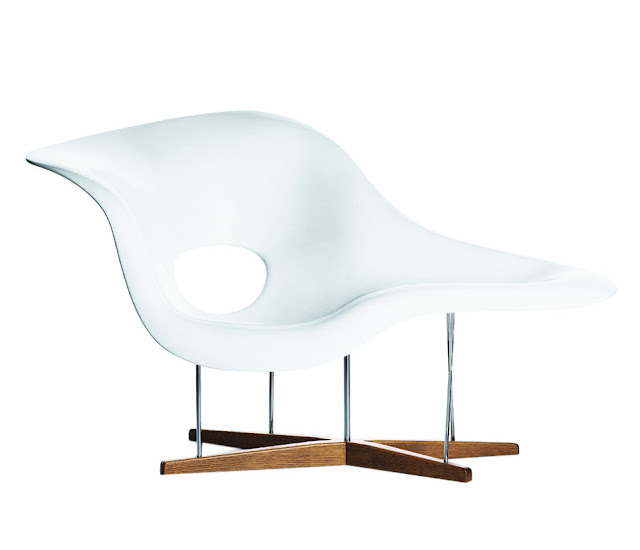 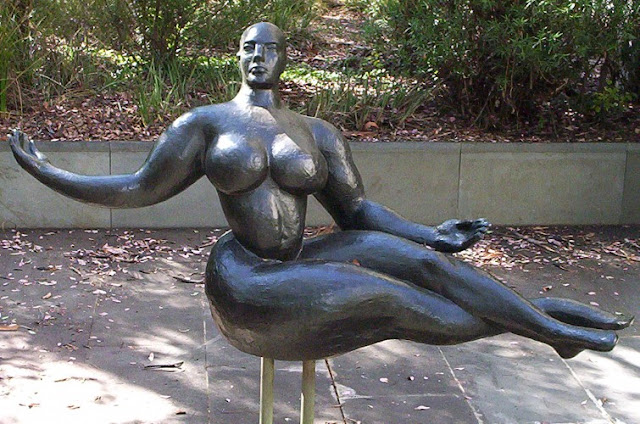 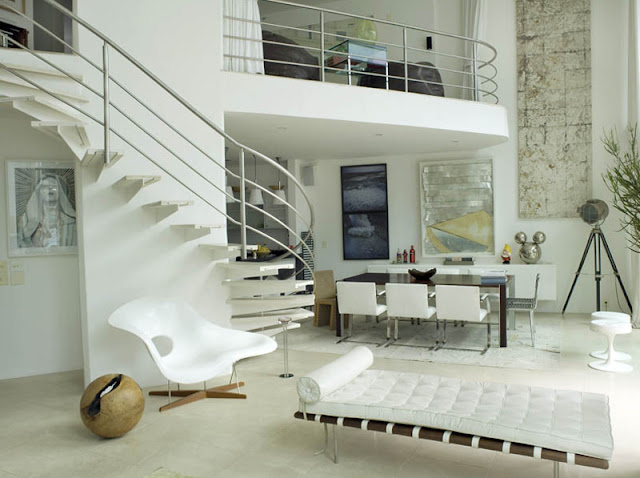 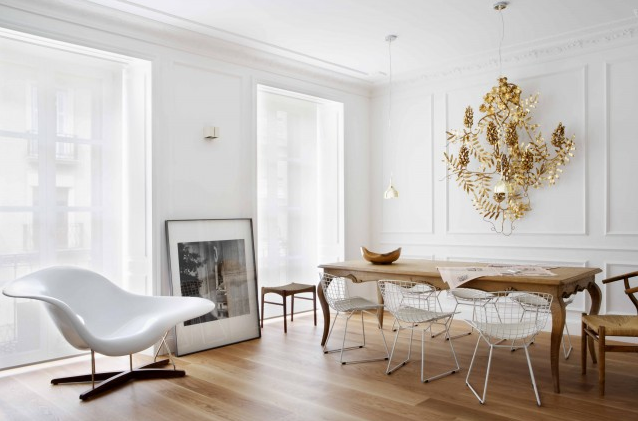 Charles and Ray lived in a very special home in Pacific Palisades in Southern California. As part of the famous Case Study House program for John Entenza's Arts & Architecture magazine, the Eameses designed and built the now-legendary Case Study House No. 8, also known simply as The Eames House. Built in 1949, the modernist structure--with nods to Bauhaus and Mondrian--was not a cold, sterile shrine to minimalism but was instead lovingly filled with thousand of books, Isamu Noguchi floor lamps, Japanese kokeshi dolls, Chinese lacquered pillows, and Native American baskets. On September 20, 2006, the Eames House was designated a National Historic Landmark. 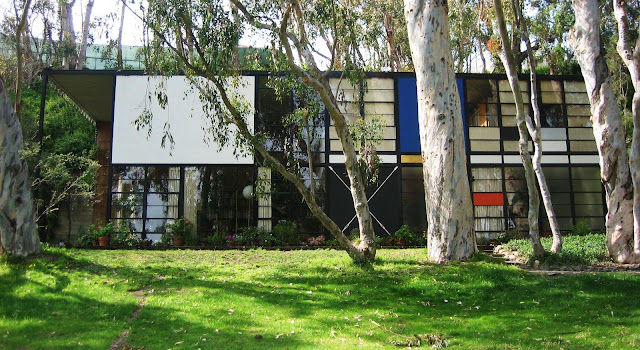 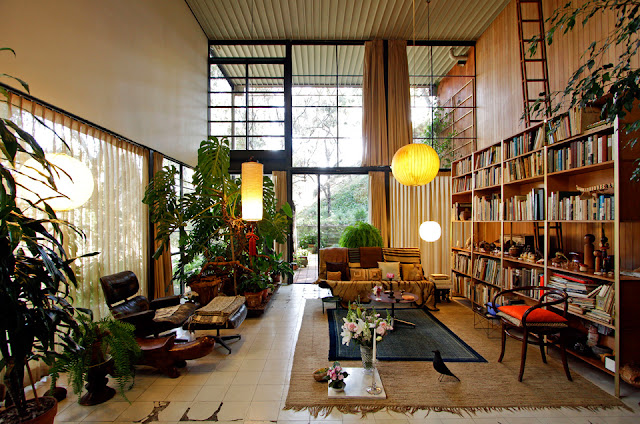 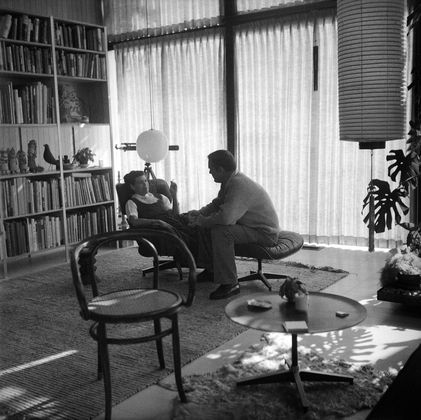 To learn more about Charles and Ray Eames and their other amazing creations and designs including film and textiles, visit the official Eames website. Their on-line shop is a treasure of original Eames designs.
http://www.eamesoffice.com/

The authentic and licensed Eames pieces in this post are also available through Herman Miller and Vitra International.
http://www.hermanmiller.com/
http://www.vitra.com/en-us/living