Toile de Jouy was originally produced in Ireland in the mid 1700s, but jumped from the island to England and to France where it was dubbed "Toile de Jouy," which literally means "cloth from Jouy-en-Josas," a town in northern France. Christophe-Philippe Oberkampf moved to Jouy-en-Josas and started a factory there in 1759, which produced the now eponymous "toile de Jouy." Thanks to advances in wood block printing in the 18th century, the cotton fabric, and subsequent wallpaper (there are many other applications for this pattern) consists of printed self-contained, repeated scenes of historical figures or landscapes inspired from true stories, novels, operas, or legends. This type of patterned fabric was eventually produced in other areas of France and other countries, yet the name remains. 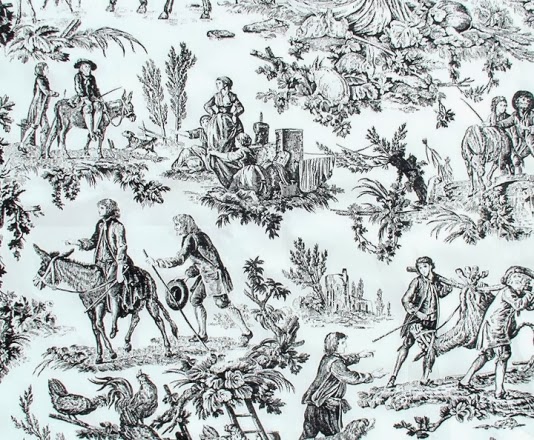 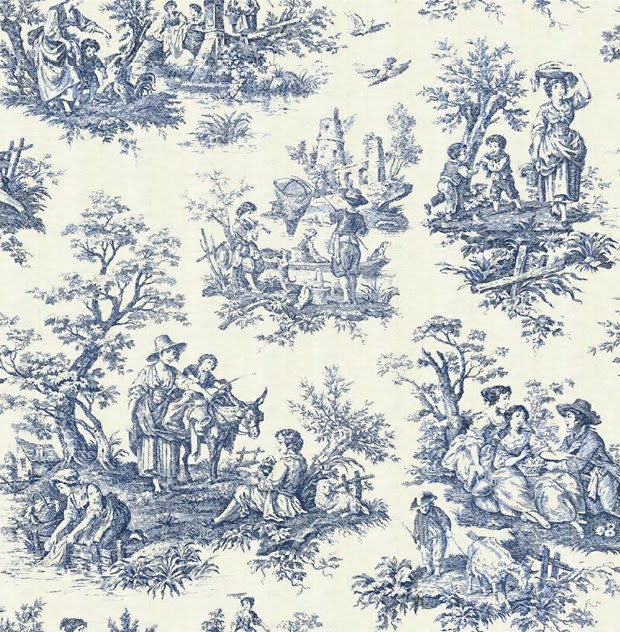 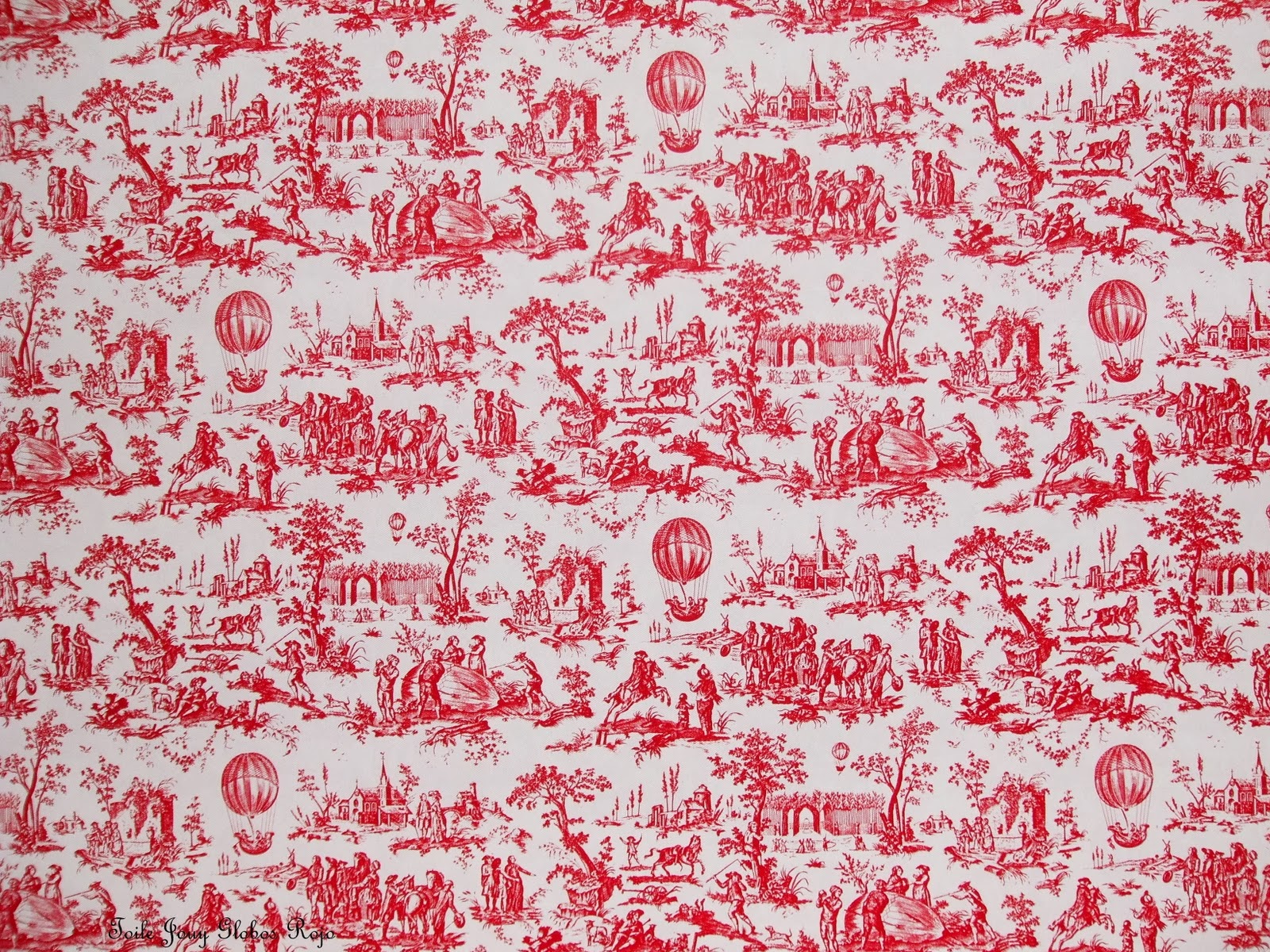 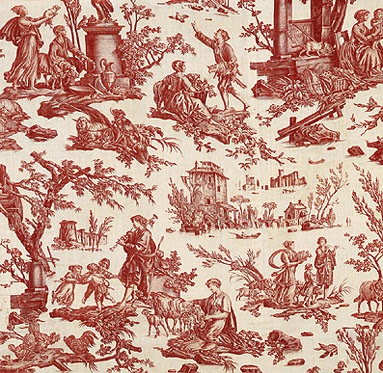 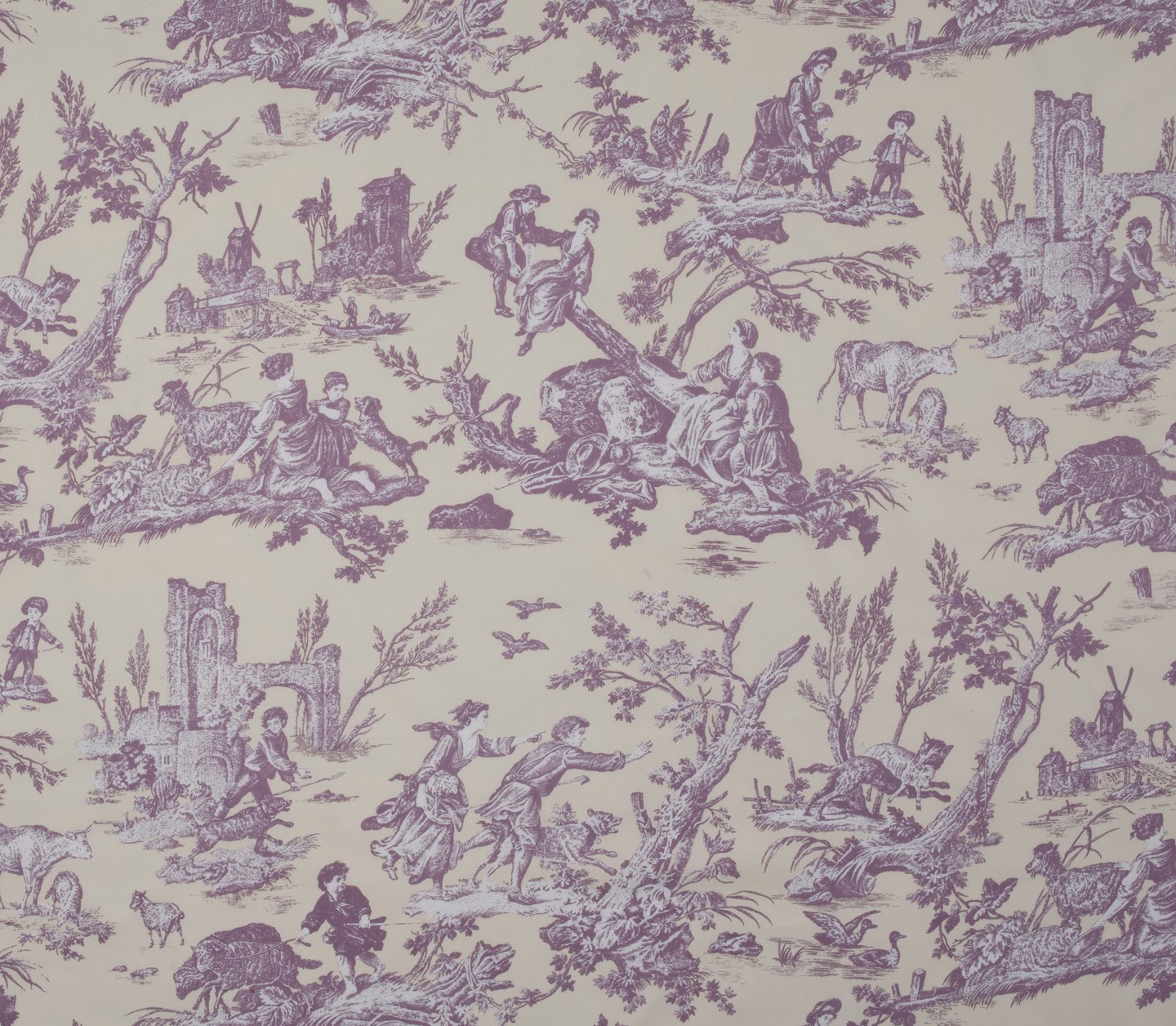 Toile is a fabric that garners either love or loathing. The traditional application is to put toile on everything in sight, which can be perceived as fun and textural, or oppressive and fussy, depending upon one's history and aesthetic outlook. Since toile usually consists of a small-to-medium-ish repeating pattern, the effect can be a little overwhelming. But taken in a design context, it can be seen as an historical reference, or as more of a statement than a stuffy affectation. 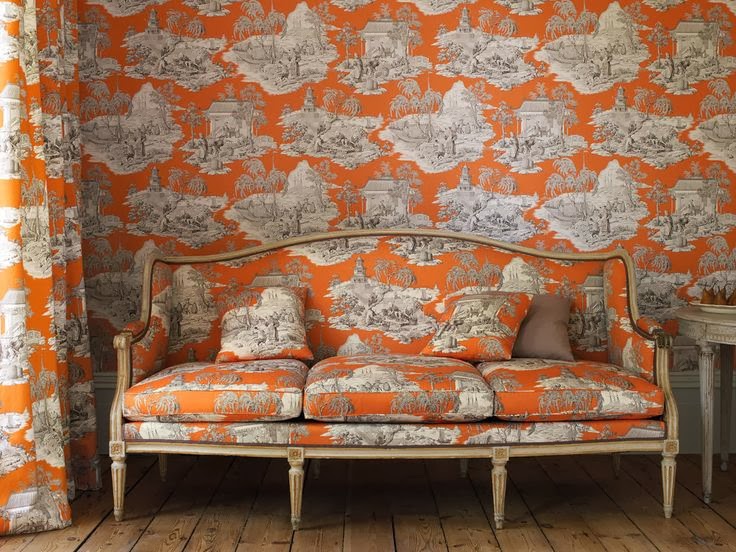 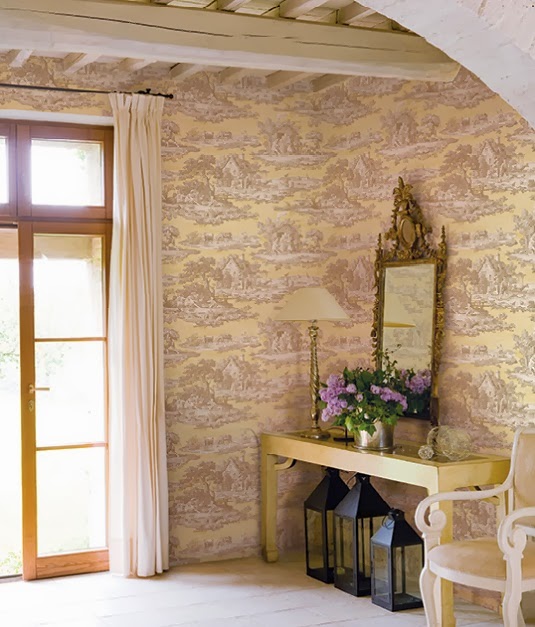 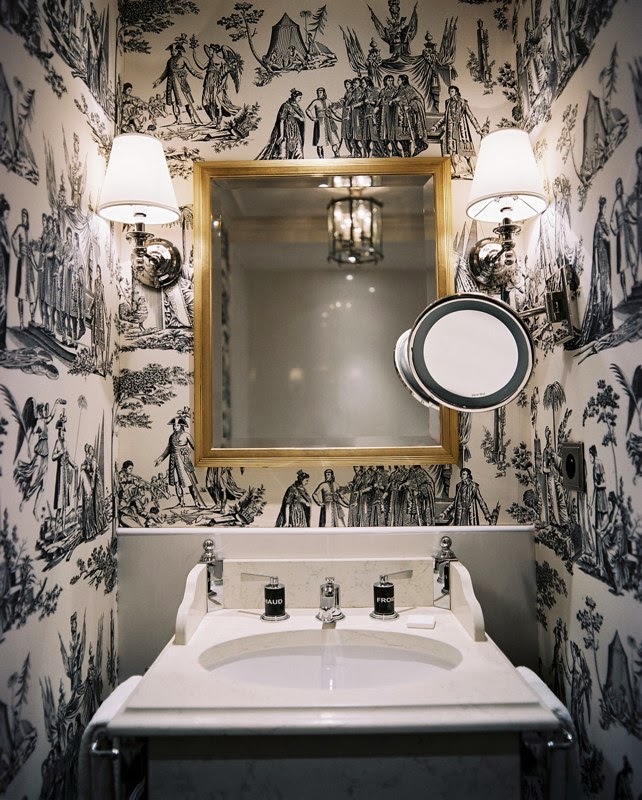 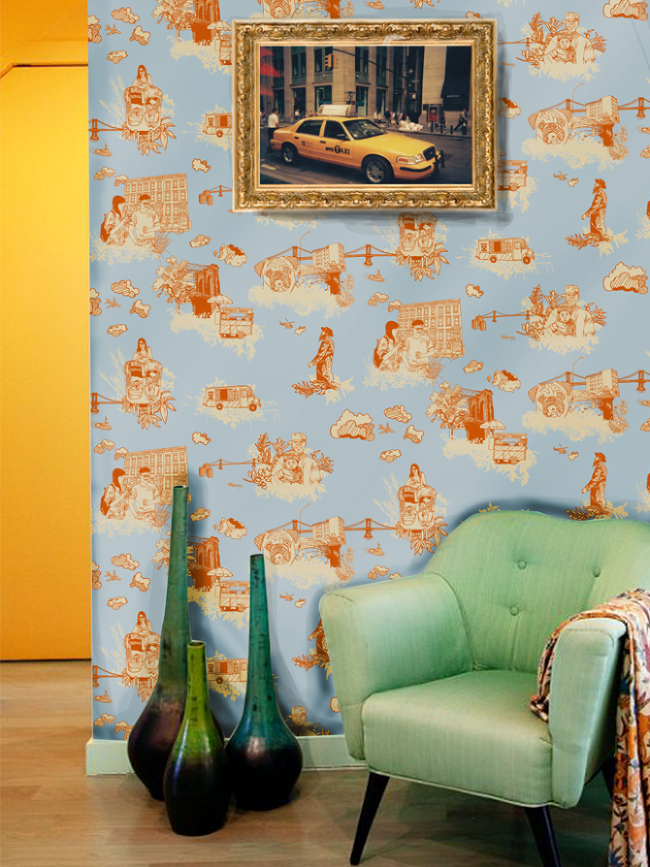 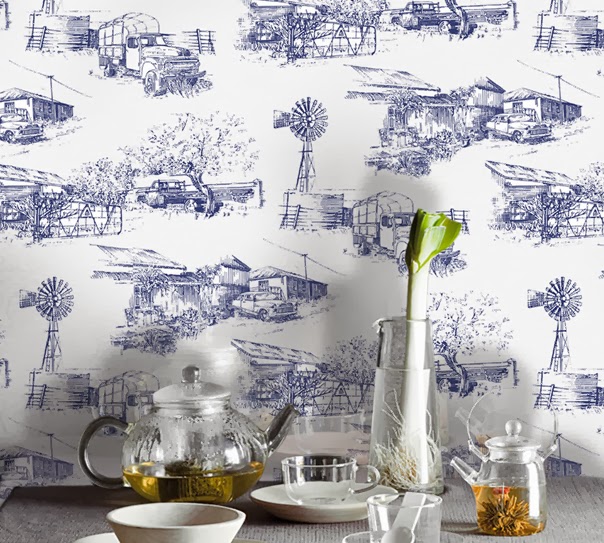 New York City based interior designer and television personality Sheila Bridges designed a Harlem toile. She states, "Harlem toile de Jouy tells a rich yet satirical story about African American life through the often distorted lens of the media. I designed it to remind people of many of the stereotypes that have historically been and continue to be associated with African Americans living in rural parts of the country as well as urban areas like Harlem." Pretty and provoking! 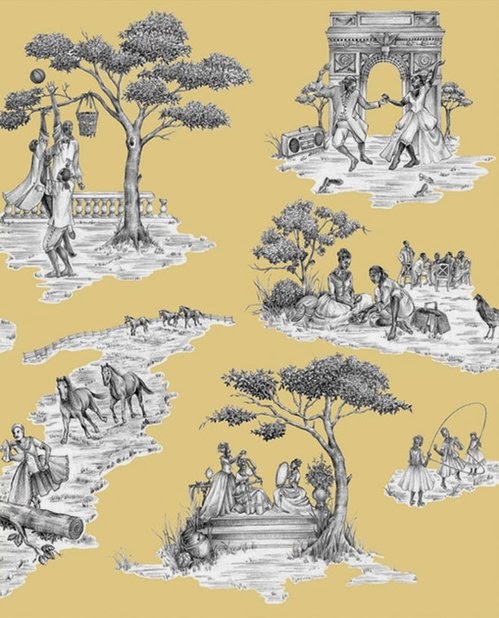 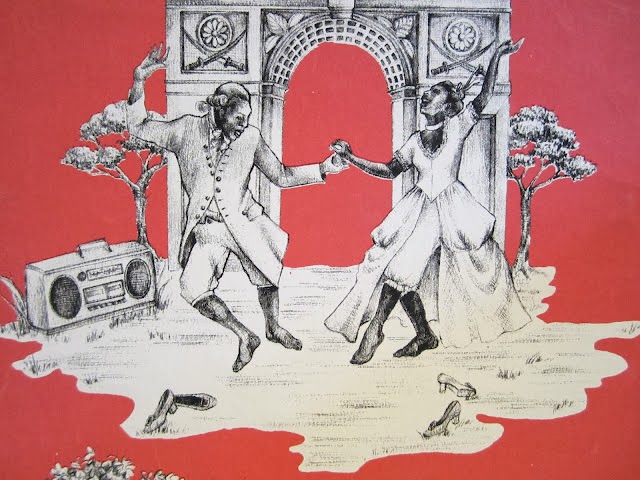 The Brooklyn Toile is from Flavor Paper and features scenes and characters one might encounter in that particular borough such as Coney Island, the subway, and Hasidic Jews. It was designed by Vincent J. Ficarra and Adela Qersaqi from an idea by Mike Diamond of The Beastie Boys. 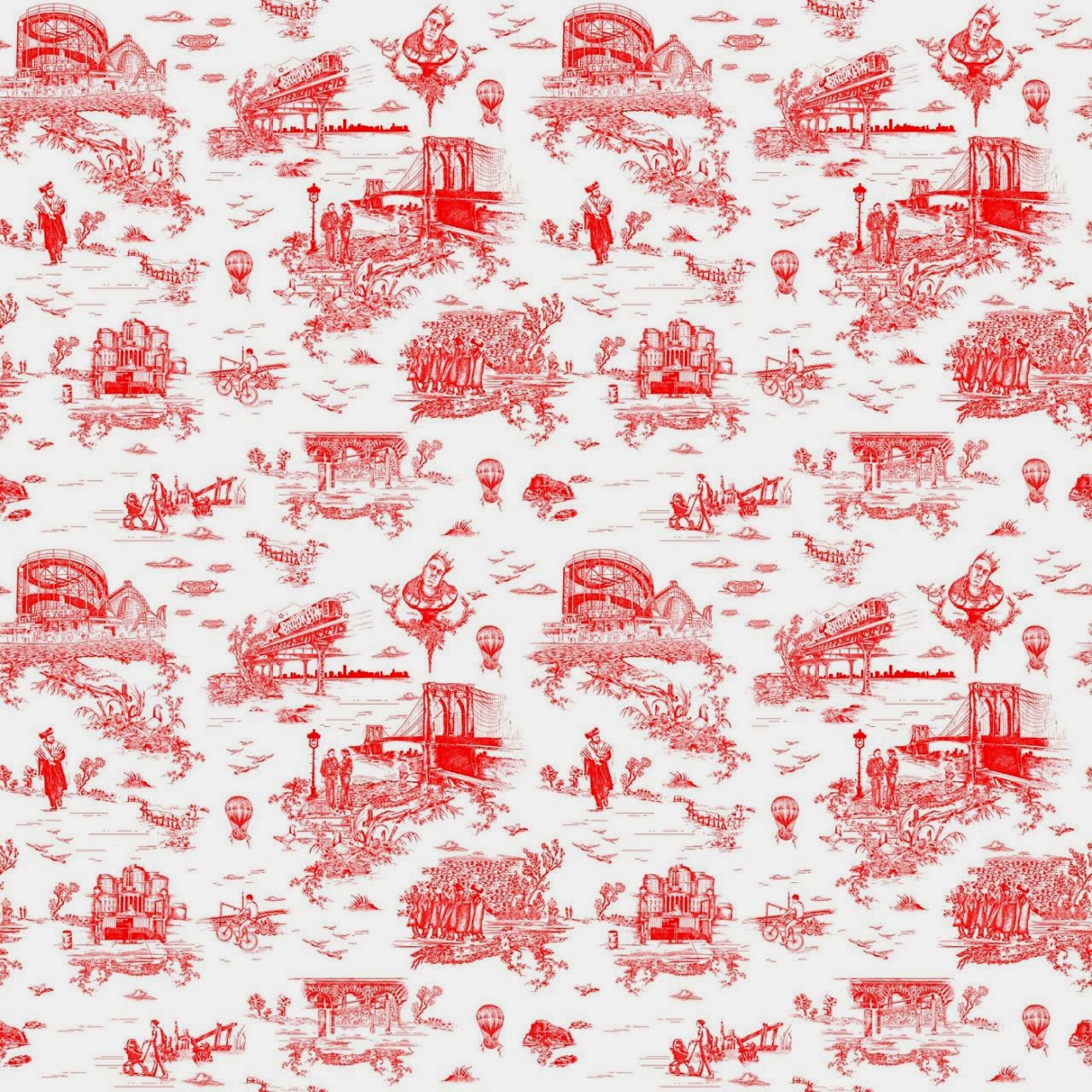 And as we have seen in a past post about the wallcovering manufacturer Timorous Beasties here, the Scottish company has made their own London-themed toile (you can clearly see the Gherkin, St. Paul's, and The Eye). 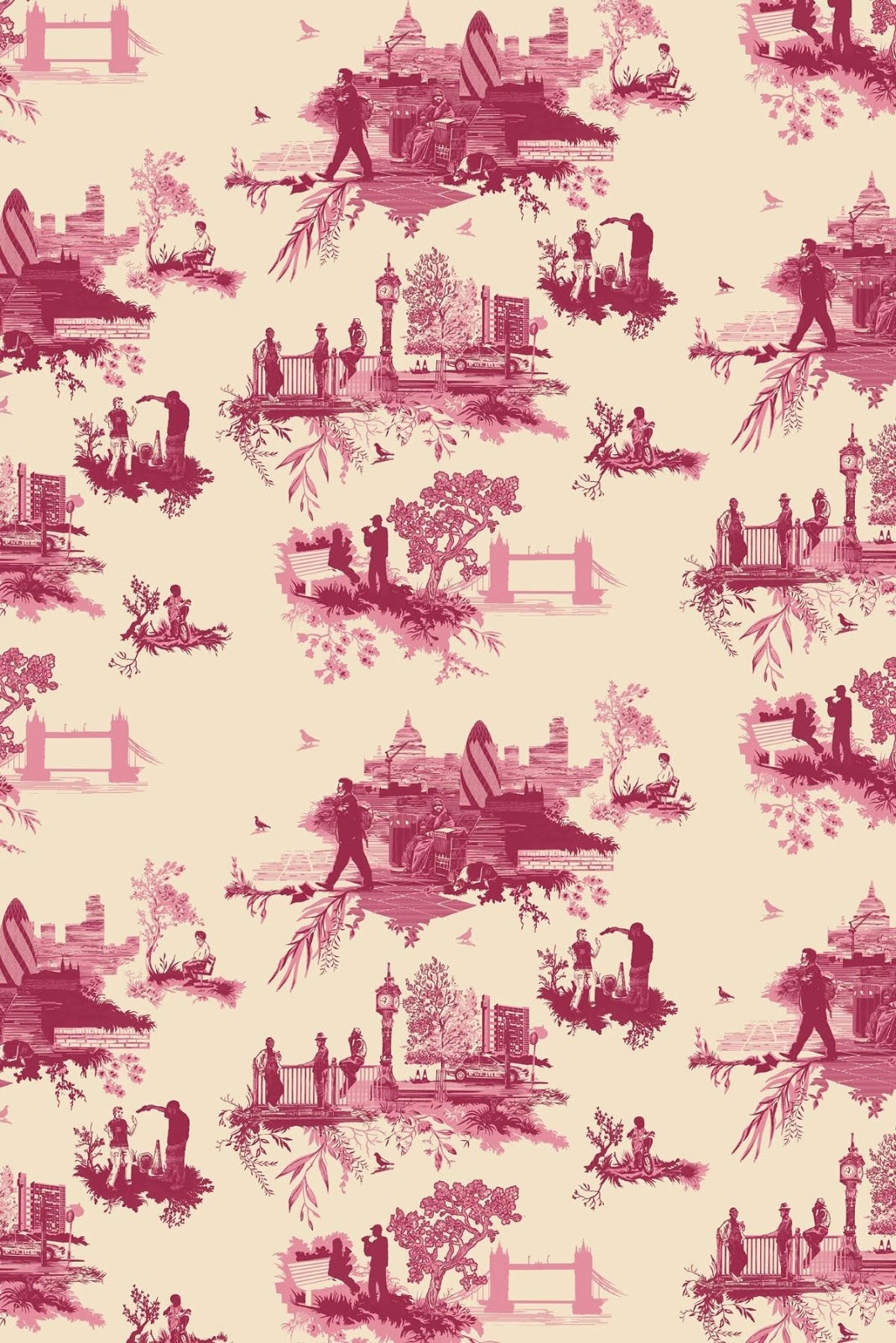 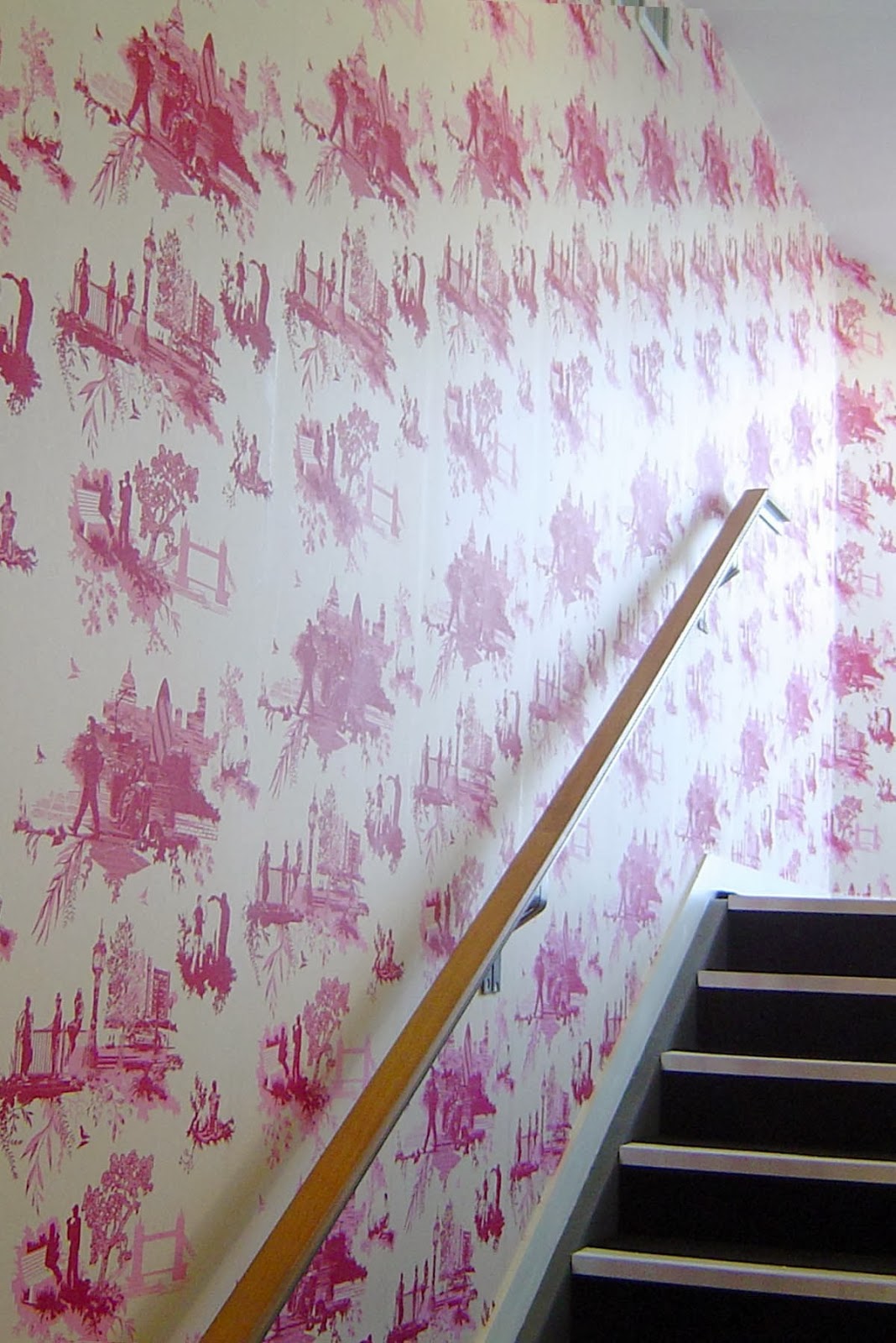 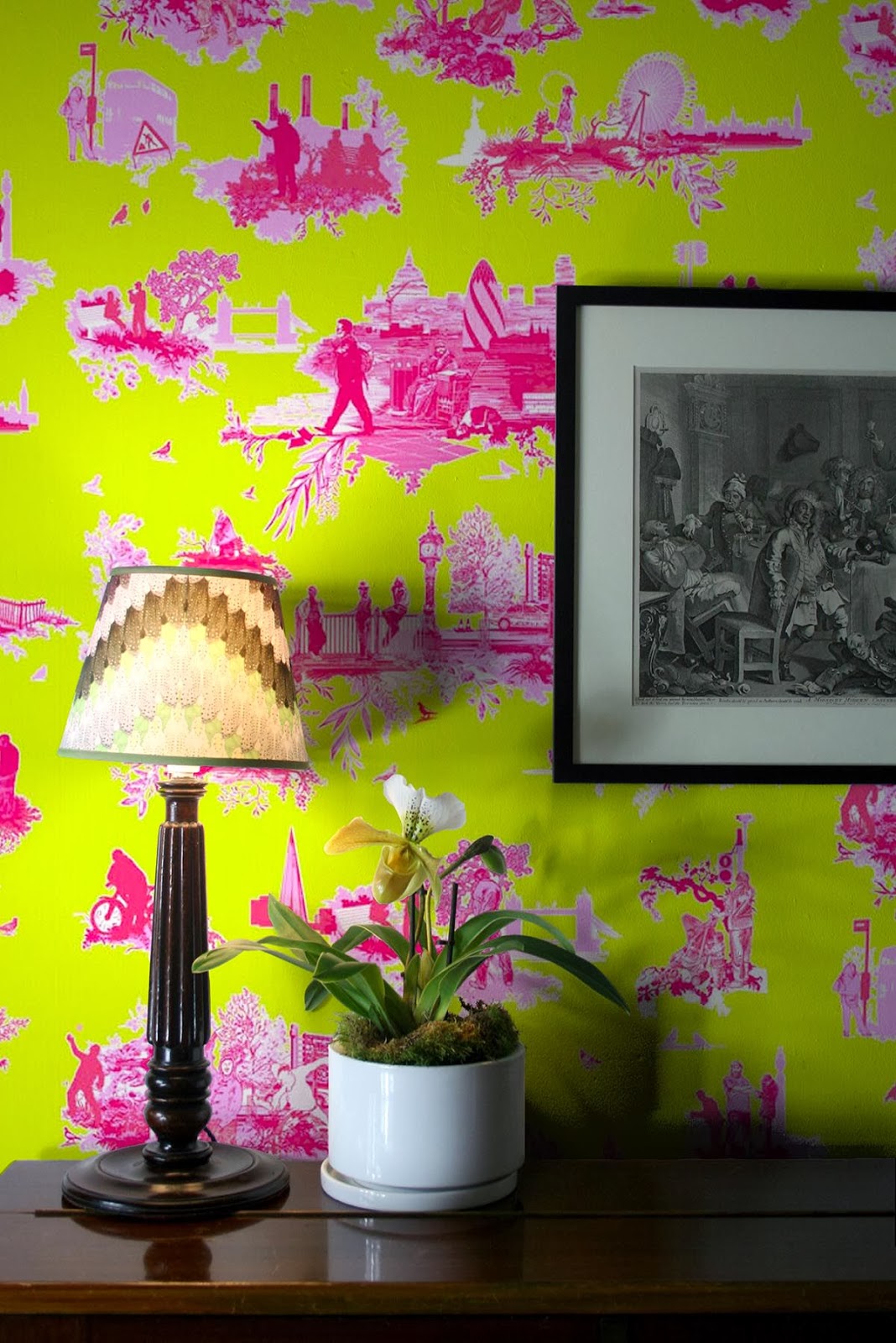 But you don't have to use a modern, tongue-in-cheek toile to achieve a modern look. Used judiciously, toile can be incorporated into any style. It can reference the past without being archaic. 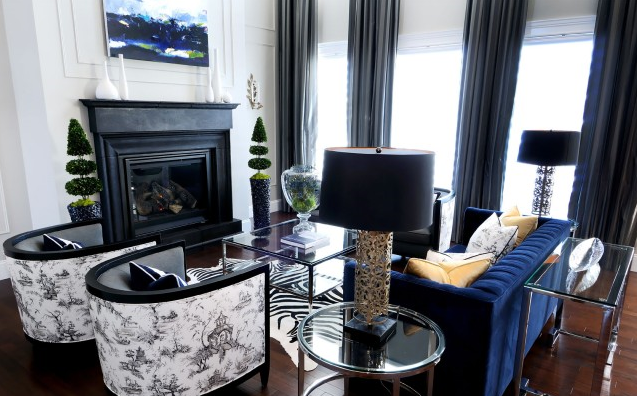 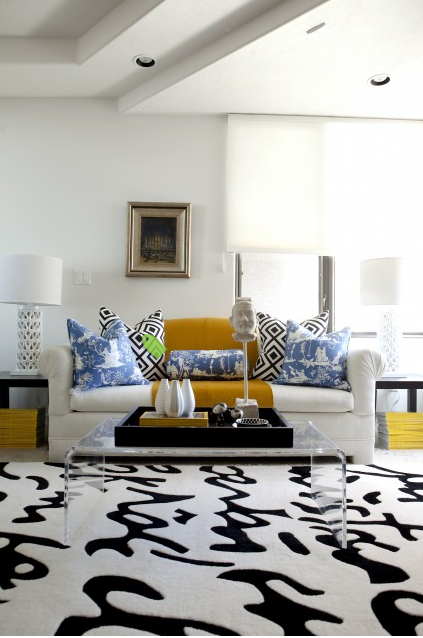 The Toile de Jouy museum is located in Jouy and maintains a marvelous historical archive of patterns and fabrics. If you find yourself in the vicinity, consider visiting!
http://www.museedelatoiledejouy.fr/en/

Stay tuned for a fantastic wallpaper post next month in which I will feature a Scottish company creating some outlandish, modern toiles!
In the meantime, happy designing!
Posted by Jeff Fiorito, Allied ASID at 8:00 AM