Know Your Chairs: The Elda

For this installation of Know Your Chairs, I want to share with you a marvelous chair I have loved for decades. 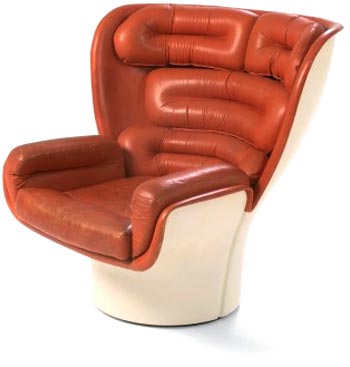 Created in 1963 by Italian artist and product/furniture designer Joe Colombo, the Elda chair is a classic known only to a few. Not as popular as other pieces of furniture from the Mid Century, such as the Barcelona chair or the Tulip chair, the Elda is both puzzling and inviting. A hard shell of fiberglass (one of the first such pieces of furniture to incorporate the material) on the outside protects a soft leathered inside, shaped and contoured into puffy rectangular tubes. While Colombo took his cue for the exterior from the hull of boats, there is something almost organic about the interior upholstery configuration, like intestines.


Even now, the chair's object-oriented quality makes it a fascinating addition to an interior plan. It looks retro, it looks modern, it looks soft and cushy, it looks shiny and sleek. Originals are highly sought after and can cost up to $10,000. Considering that the Elda is on display at both the Museum of Modern Art in Manhattan and at the Louvre in Paris, it is small wonder the chair can be so pricey. 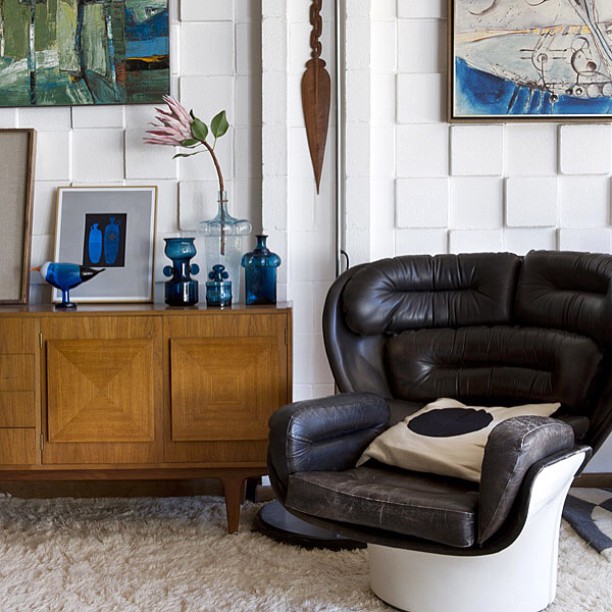 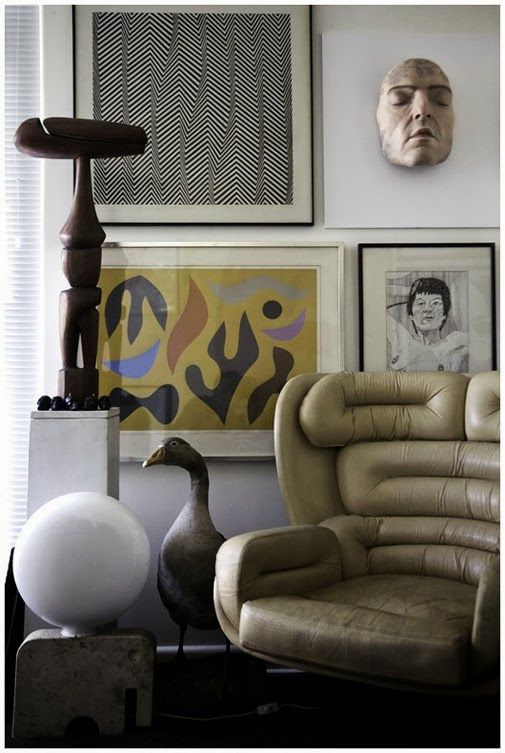 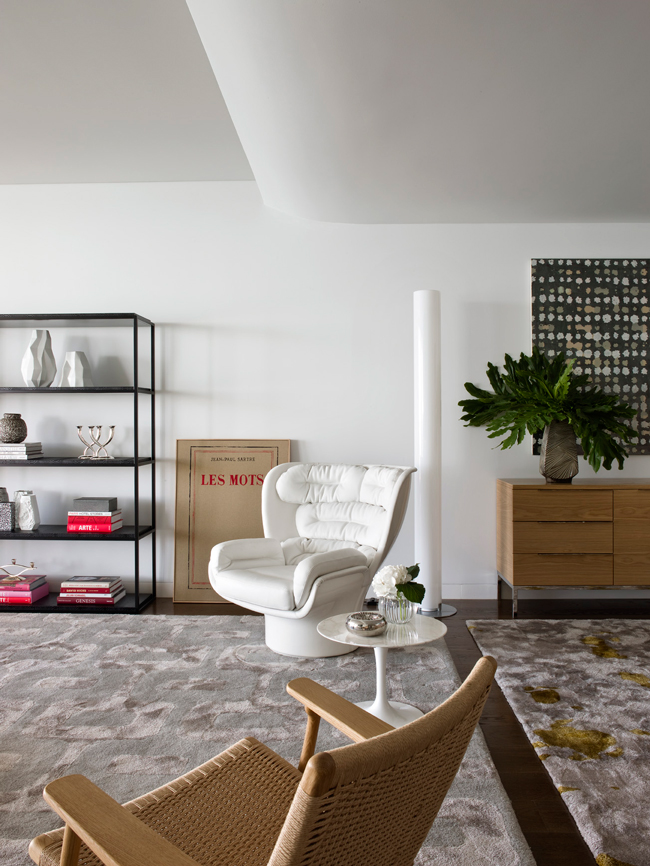 This next image is from the home of vintage furniture collector Catherine Bujold...and it segues nicely into my next point: 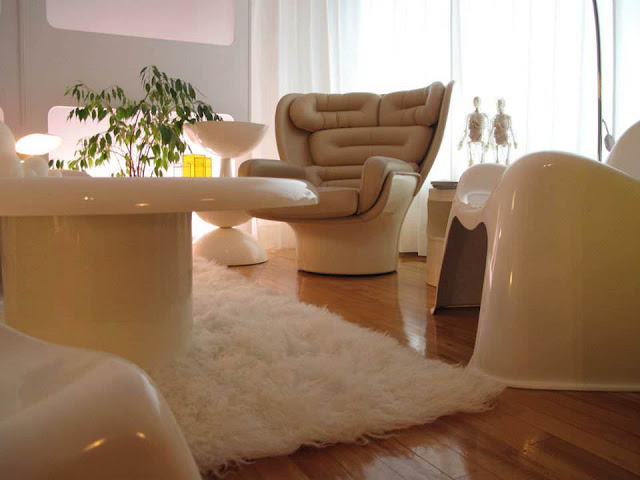 The Elda chair was featured heavily on an English science fiction television show from the 70s called "Space: 1999" starring Martin Landau. It took place in the future when mankind had established a colony on the moon, Moonbase Alpha. The set designer utilized lots of great 60s and 70s Italian furniture and lighting since it all appeared so futuristic at the time... and it still does. Below are some screen shots of the chair in various episodes. 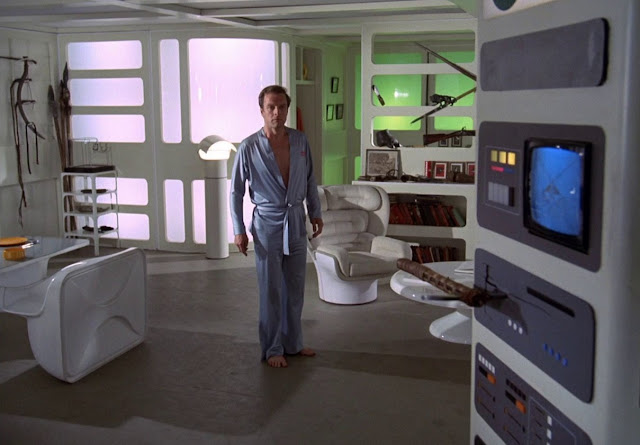 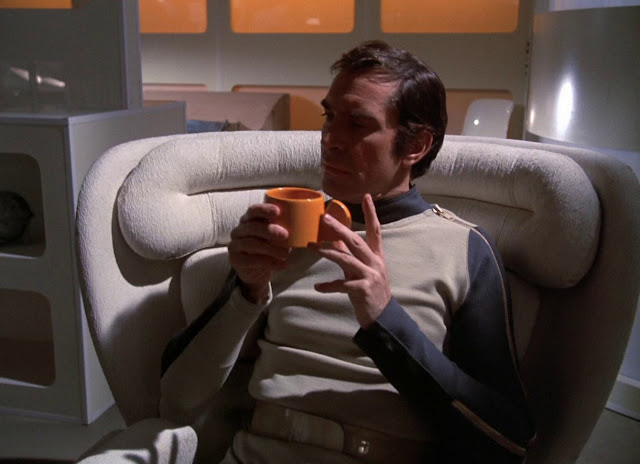 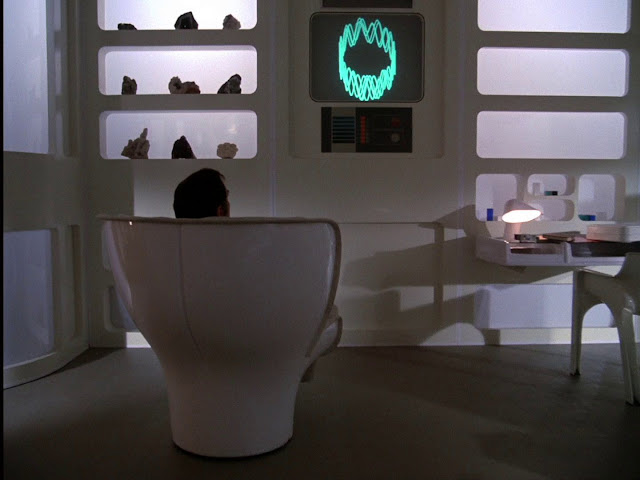 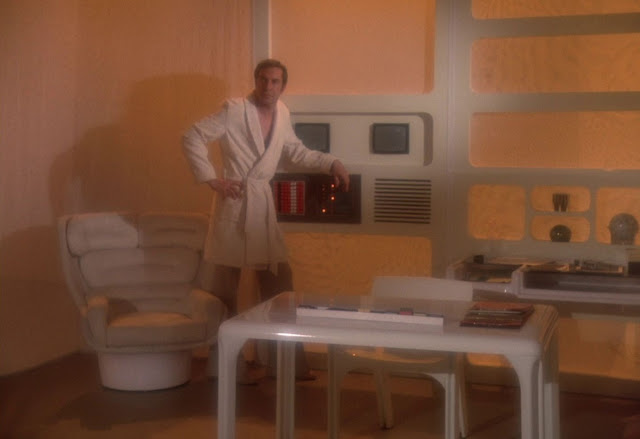 And more recently, the Elda was featured in "The Hunger Games," again, for the reason that the chair looks like it has yet to be invented! 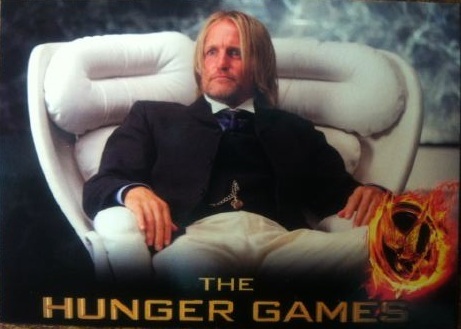 Thankfully the Elda is still in production through Italian furniture manufacturer Longhi. I'd love to have one in my own home. If you'd love one too, give me a call!