Know Your Sofas: The Terrazza

I love the sofa we are examining for this installation of Know Your Sofas.

Made in 1973 for leather furniture manufacturer de Sede, the designer Ubald Klug conceived of it as a heap of sand that had been sat upon. But Klug's onetime collaborator Willi Glaeser said, "He had the idea to produce a kind of mountain. In the Alps the cows walk around leaving horizontal terraces. You see these patterns in this sofa." Hence the nickname for this sofa: "The Terrazza," or terrace...to me, they have always resembled isobars. But the manufacturer of the sofa refers to it by its product name: the DS-1025. 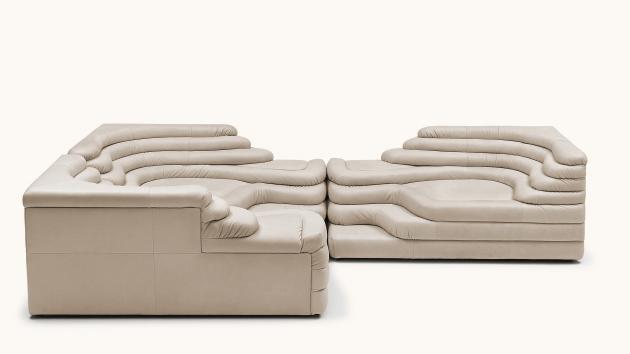 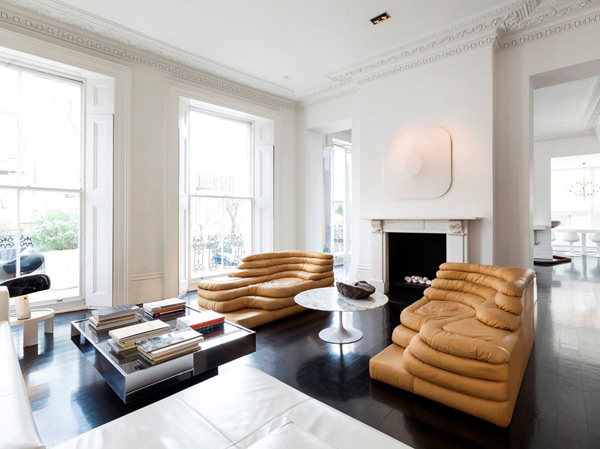 It has an irresistible 1970s glamour about it. Mick Jagger was photographed lounging on a Terrazza, conjuring up images of Studio54-esque lollying and orgying. And like most famous pieces of furniture, it has taken its turn on the silver screen. It shows up in the 1976 sci-fi film "Logan's Run" with Michael York and Jenny Agutter. (Previously featured in film and television: the Elda chair and the Ribbon chair.) 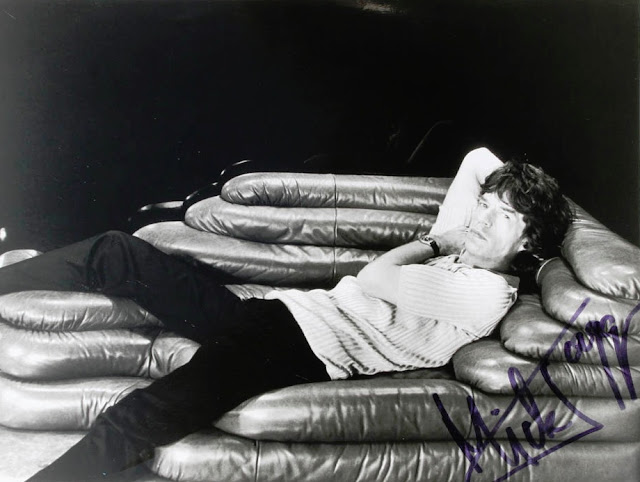 While originals sell for steep prices at auction, you can buy a new Terrazza from de Sede in a wide variety of colors.

The Deconstructed Chandeliers of Frida Fjellman

I am wild about the amazing work of Swedish glass artist Frida Fjellman. She has managed to invent a new style of light that is a post-modernist take on a traditional chandelier. Instead of a fixture with crystal drops, she magnifies the drop itself and fashions entire light fixtures out of clusters of these gigantic faceted objects. Her colors are gorgeous, and just look at them in actual rooms. Stunning. I can't wait to show these to clients and see who might love them as much as I do! 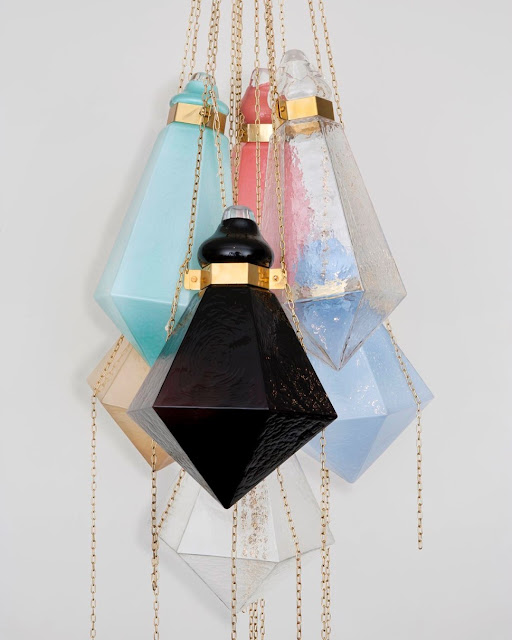 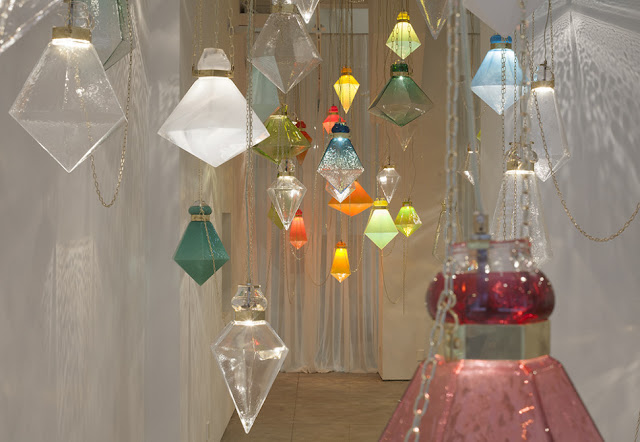 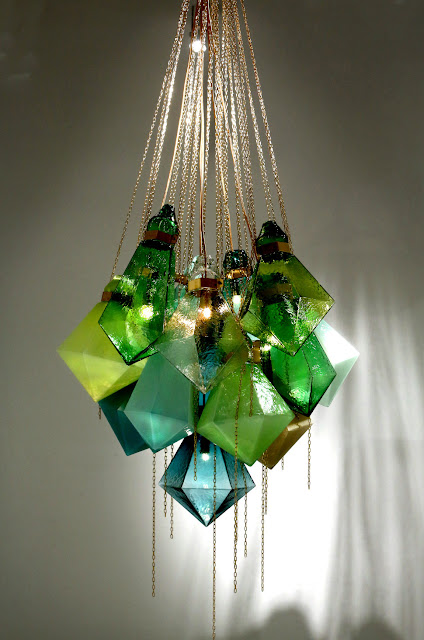 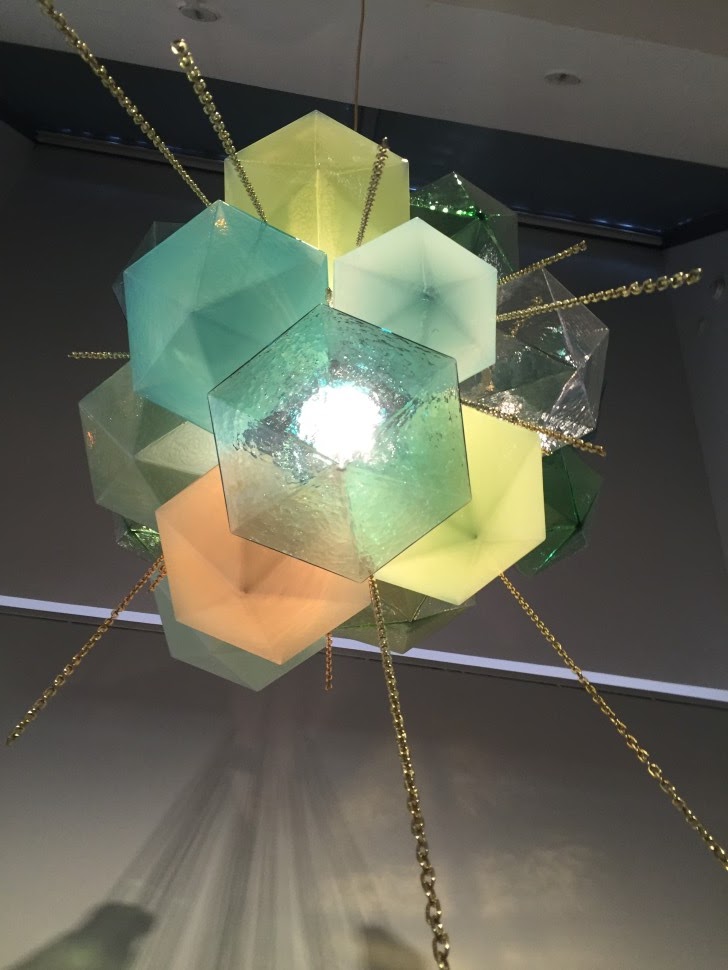 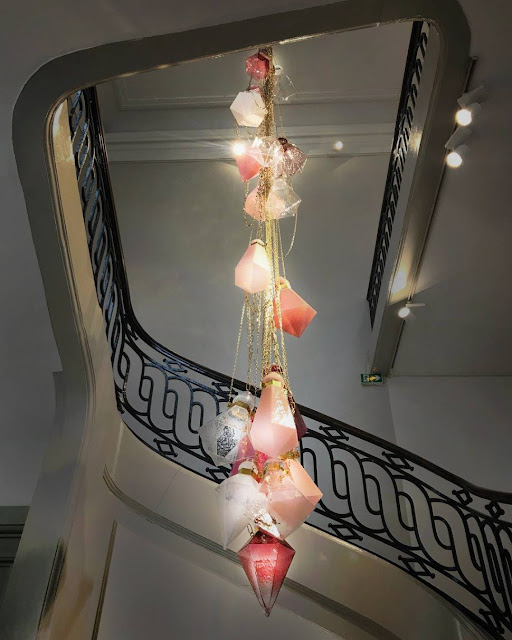 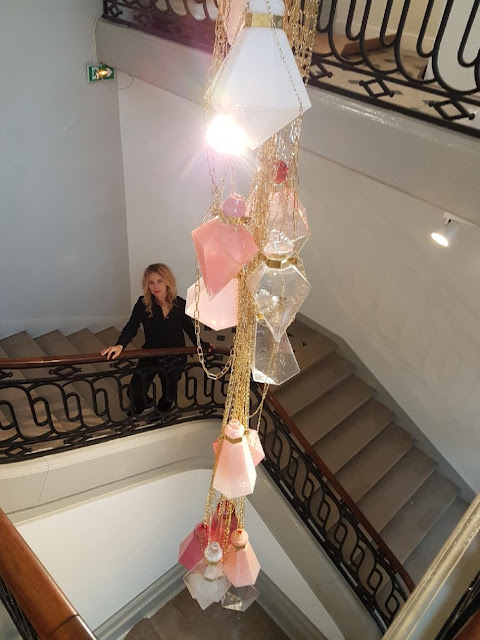 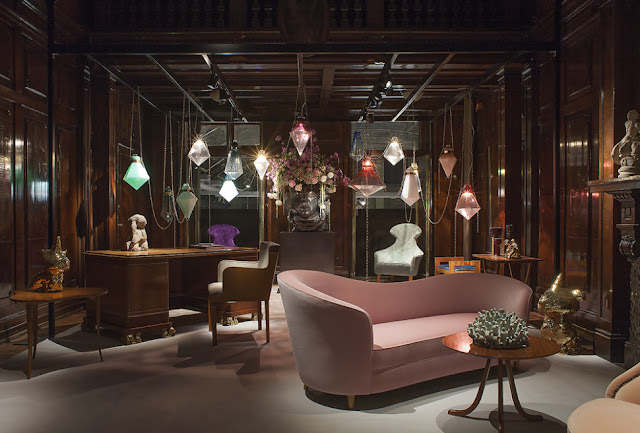 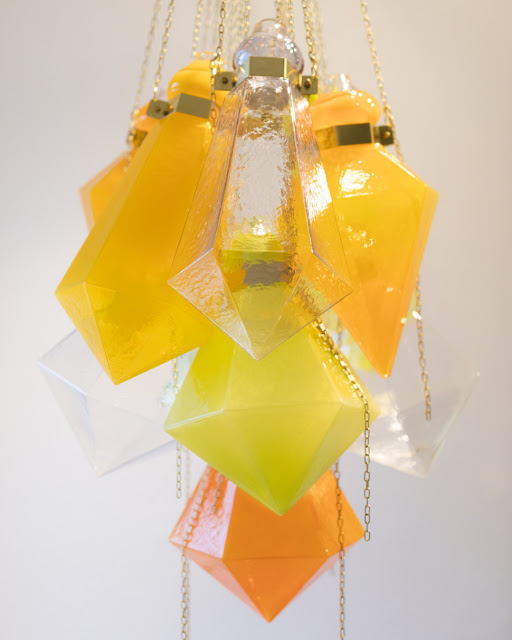 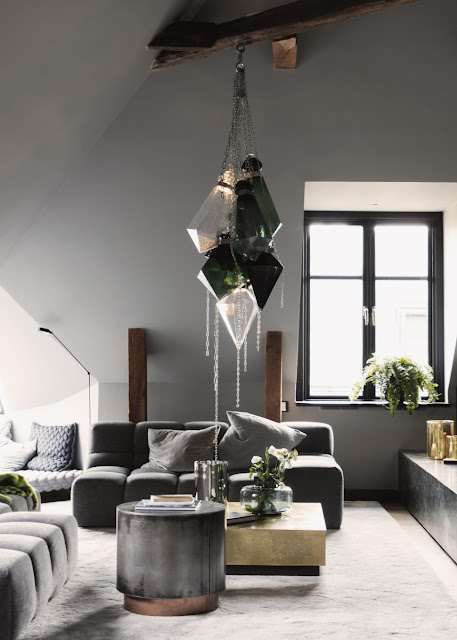 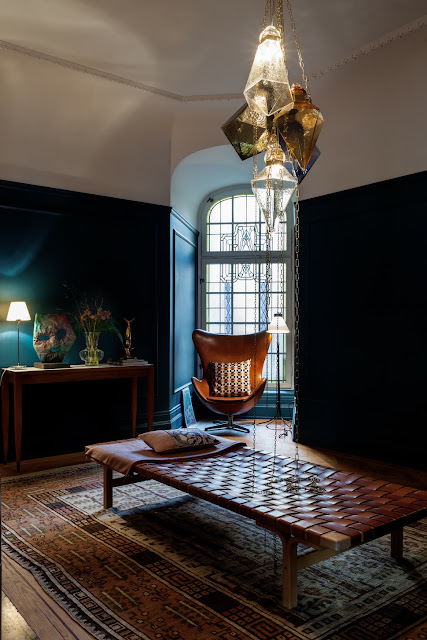