Back in March of this year, I published a month-long series of posts about Mid-Century Modern design. I started the month with a post about George Nelson Associates clock designs in which I mentioned the iconic starburst pattern. The post-war years saw a lot of change. The end of World War II was brought about in part by atomic bombs, and the atom and science were now a part of everyday life. "Better Living Through Science," the motto promised. A sudden boom in the middle class meant the explosion of suburbs brimming with open-plan ranch homes to be filled with furniture and products. And many of these products naturally sported the atomic starburst pattern! Dinnerware, glassware, and lamps as well as drapery and upholstery fabrics were peppered with stylized starbursts or stylized atomic models.

And consider also that, at the time, there was a suspenseful race to space: the United States and the USSR were in competition to see who could make it to the stars, and the Soviets won the first round by launching Sputnik 1 to orbit our planet and then later put Yuri Gagrain in orbit, the fist man in space. We were living in the Atomic Age and the Space Age at the same time!

Vintage objects like these, or even reproductions offer a fun, retro moment for interiors! A bar set with the starburst pattern is actually quite current, as is a ceramic lamp with the classic fiberglass shade, seen in the last two images below. Such collectible items can be judiciously mixed in with contemporary interiors...remember Design Mantra #1: "Contrast brings interest!" 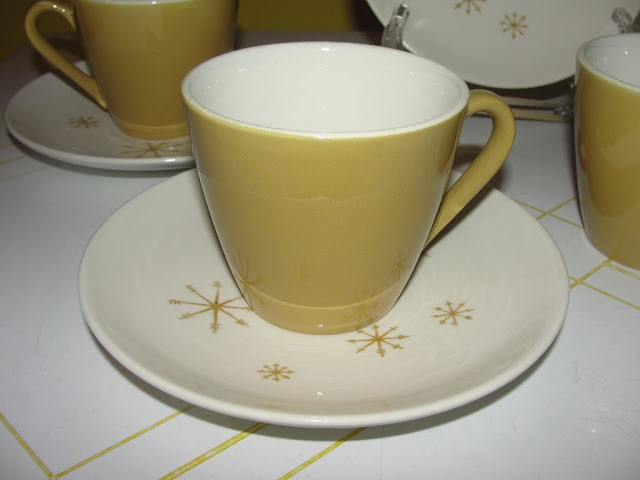 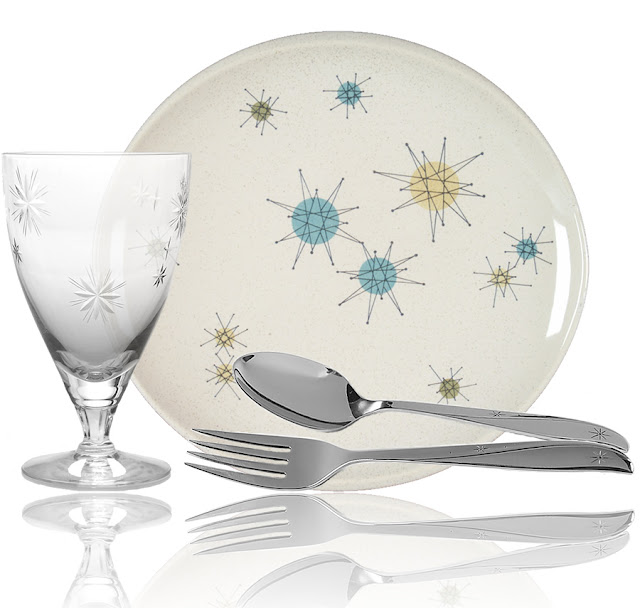 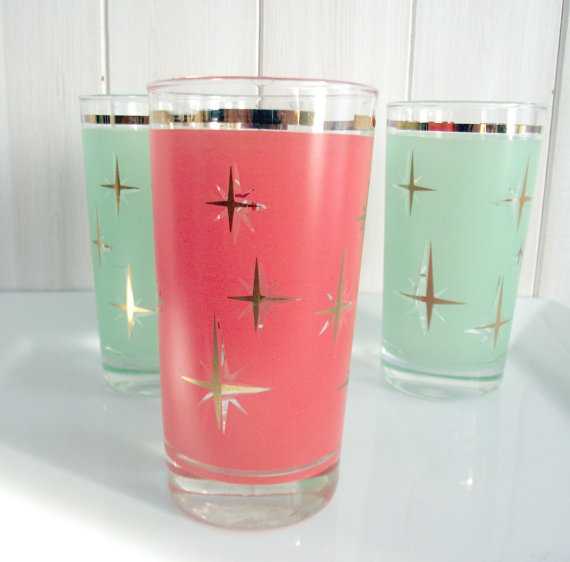 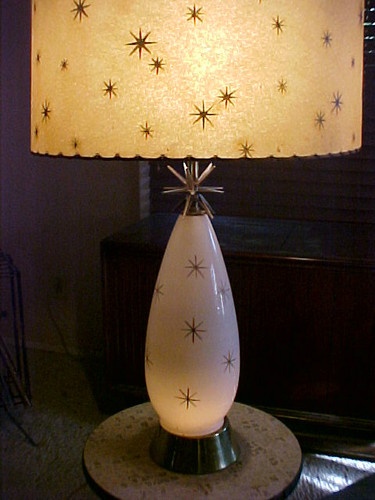 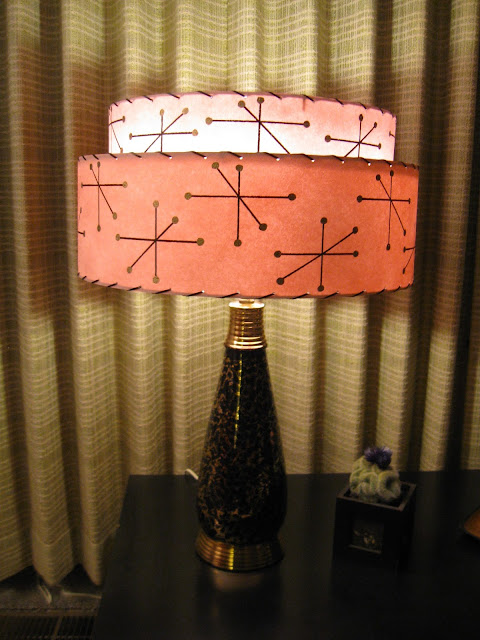