An Asian aesthetic can be incorporated into many different periods and styles of furniture because of its relative simplicity and elegant design. Two chairs to look for are the Yoke Back Chair and the Horseshoe Back Chair. Their names are quite descriptive and give you an idea of what each looks like.

Originally, Chinese furniture consisted of sitting either on mats or on low level platforms with arm rests. But the introduction of Buddhism to China in 202 BCE-220 CE brought with it the idea of The Buddha sitting on a raised platform as a form of veneration and a show of spiritual grace. The idea of elevation as a symbol of power caught on and chairs and settees were born.

Both the Yoke Back and Horseshoe Back Chairs originated during the Ming Dynasty (1368–1644 CE) and are characterized by simple, elegant structures with fluid lines, balanced proportions, and concealed joints using the new-to-China method of mortise and tenon construction.

The Yoke Back Chair has a back whose design is based on the shape of an oxen yoke, which is a wooden harness put over the shoulders and around the head of oxen or other strong farm animals to pull a plow through dirt. 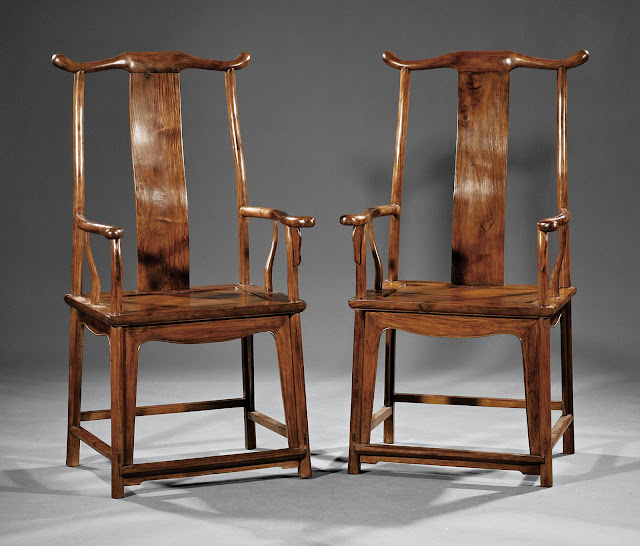 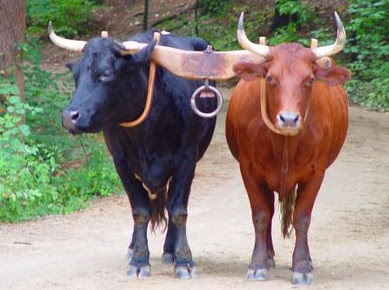 The Horseshoe Back Chair is of course a riff on the same idea, but using a slightly different shape, that of a horseshoe. The second set of chairs actually fold! 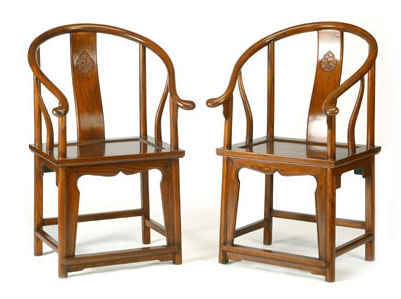 Because of their simple yet dramatic sculptural shapes, these chairs work well in modern settings, or as a contrast with more ornate chairs such as a Louis XV or a plush wing back. 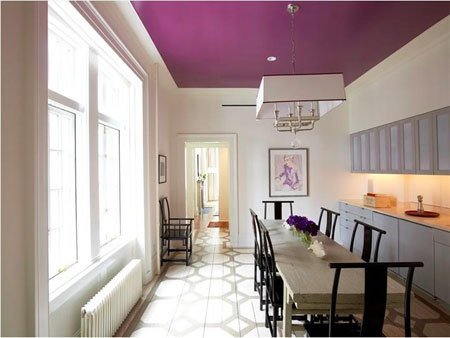 Yoke Back Chairs look great in this pared down dining room by Sara Story. 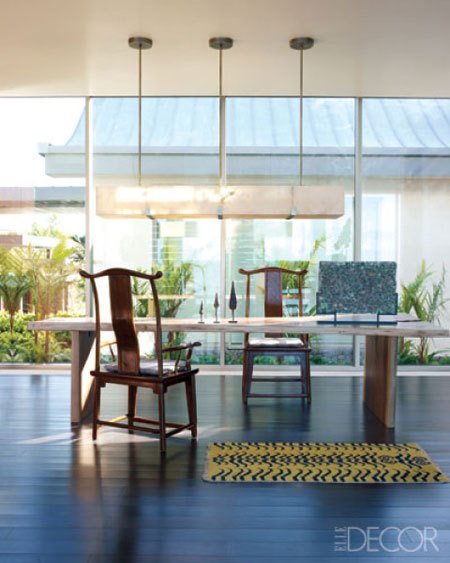 A sleek minimalist setting is perfect for these sculptural chairs. Photo by Simon Upton. Designer Kay Douglass designed a Belgian-style home for herself and put Chinese Yoke Back Chairs in an otherwise European country kitchen... it works beautifully. Photo by Simon Upton.

And here is one more helpful tip: when you see a chair that you think is based on an Asian design like these, they are generally Chinese and not Japanese. The traditional (ancient) Japanese aesthetic never included elevated seating.