If you saw director Luca Guadagnino's 2009 film "Io Sono Amore" ("I Am Love") starring Tilda Swinton (Guadagnino also directed the phenomenal "Call Me By Your Name" in 2017), you have seen our next home in our continuing Famous Homes series (previously here).

The Villa Necchi Campiglio in Milan was designed by Piero Portaluppi and built between 1932 and 1935 for sisters Gigina and Nedda Necchi (heiresses to a sewing machine empire), and Gigina’s husband, Angelo Campiglio. The design of the house represented the world's expanding interest in Modernism. Keep in mind that the Modernist Bauhaus school closed in 1933 because of Nazi opposition, but on the other side of the coin, the Villa Necchi Campiglio was designed and built during the height of Italy's rising Fascism which of course greatly influenced architecture. The dedication to clean lines and severity led to unadorned monuments, like the Palazzo della Civiltà Italiana on the outskirts of Rome, and the Santa Maria Novella train station in Florence. In fact, in 1943, the Villa became a headquarters for the Fascist Republican Party, while the family repaired to the countryside.

After the war, the family decided to refurbish the house and employed Tomaso Buzzi to bring in furniture and furnishings that reflected a resurgent interest in antiques from the 18th and 19th centuries. Unfortunately, this developed a schism in the spirit of the house. One of my design mottoes, seen to the right, is "Contrast brings interest," but contrast used judiciously and not haphazard. The Villa Necchi Campiglio does not feel like fertile ground for the kind of overwrought lighting fixtures and large, ornate fireplace surrounds that still burden the house. But one can still see the bones of the house in the marvelous steel doors, the geometric panels on the staircase, and the restrained use of inlaid rosewood. And a few pieces of original furniture by modernist designer Guglielmo Ulrich are peppered about. 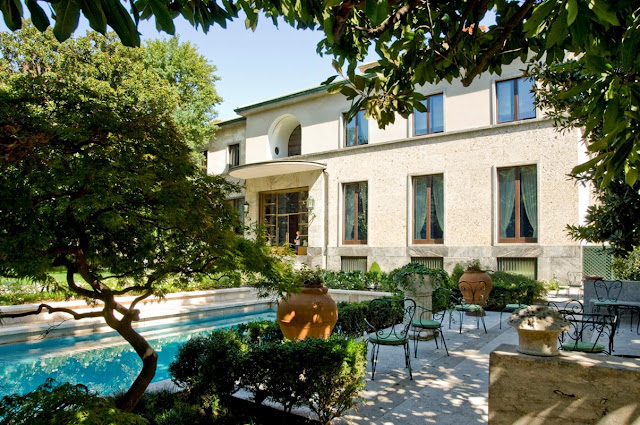 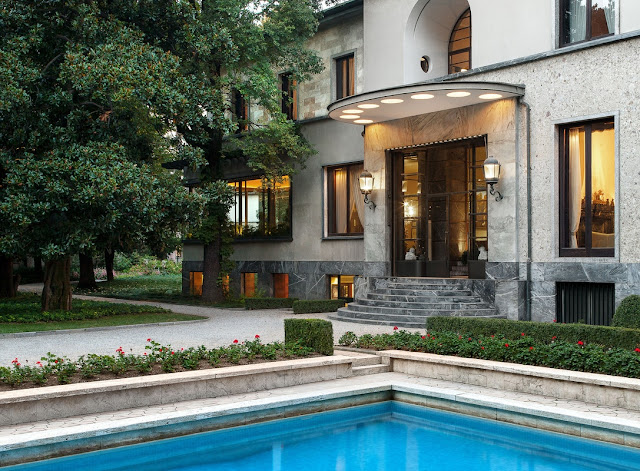 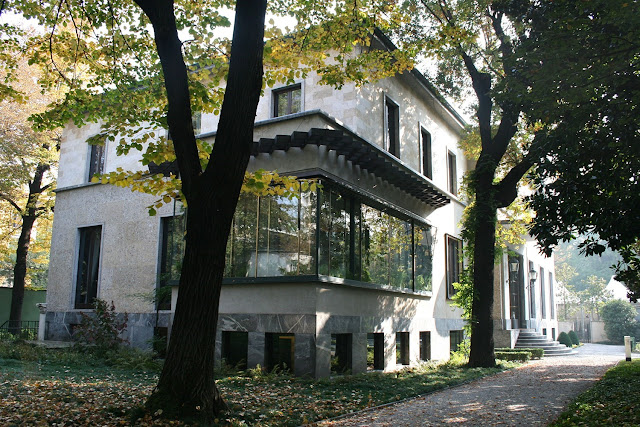 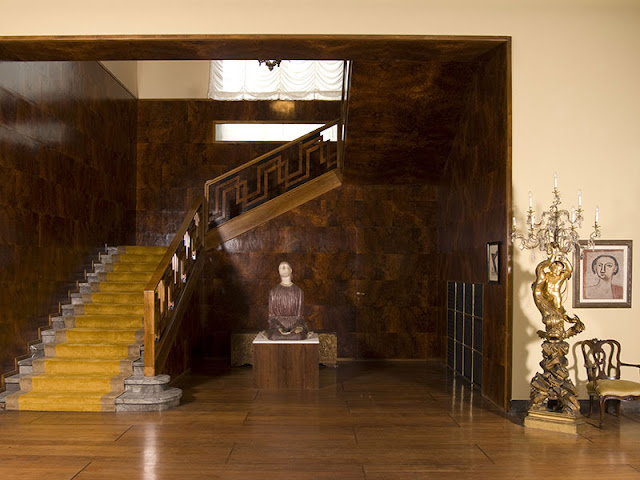 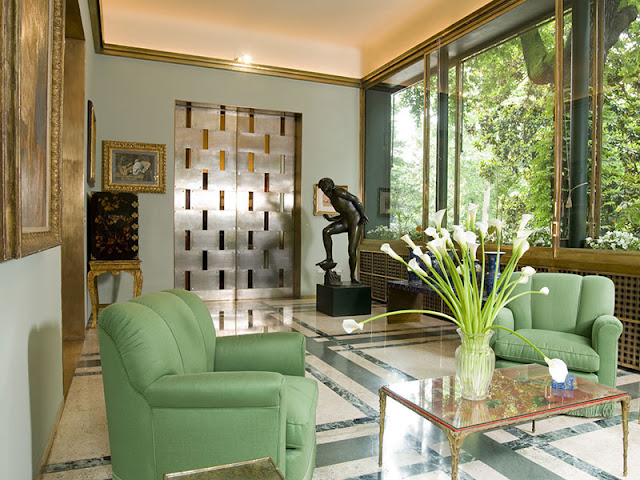 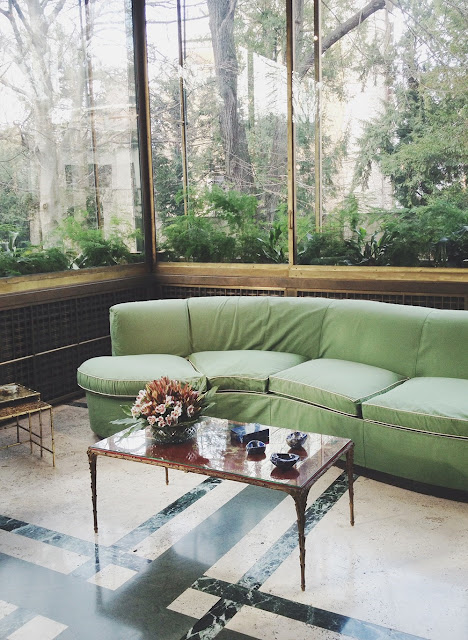 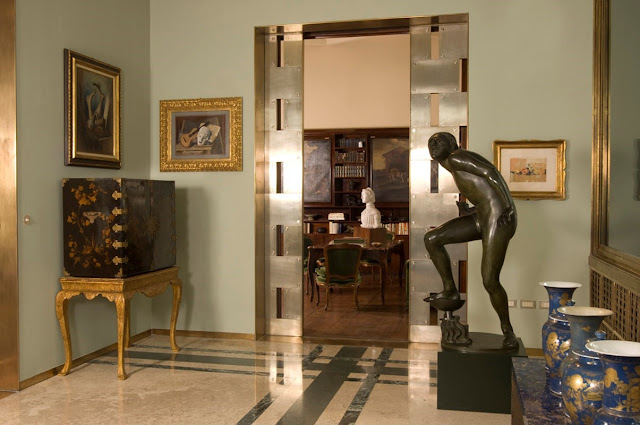 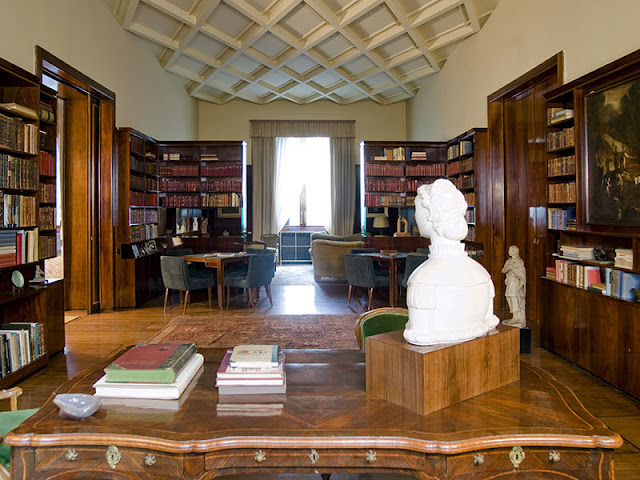 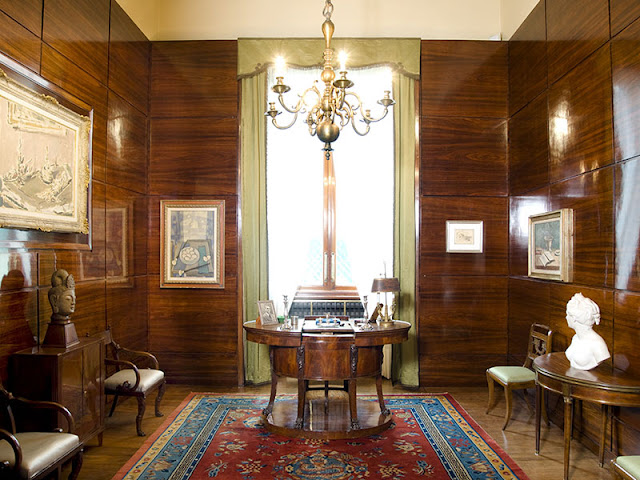 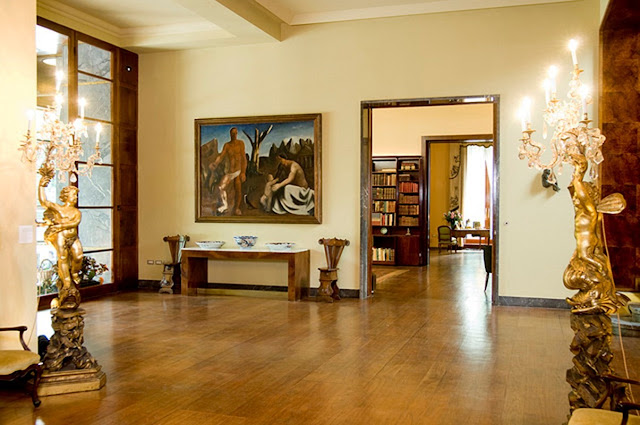 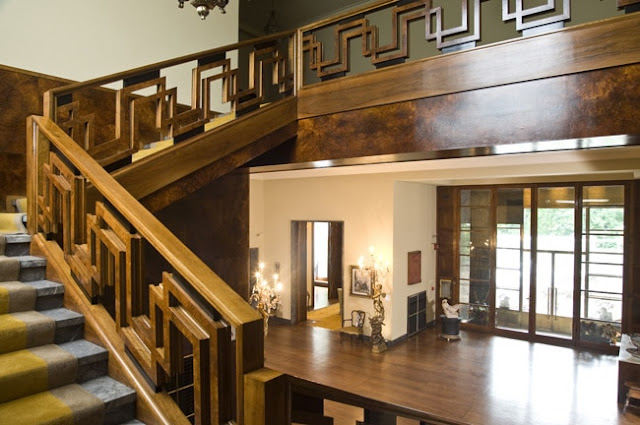 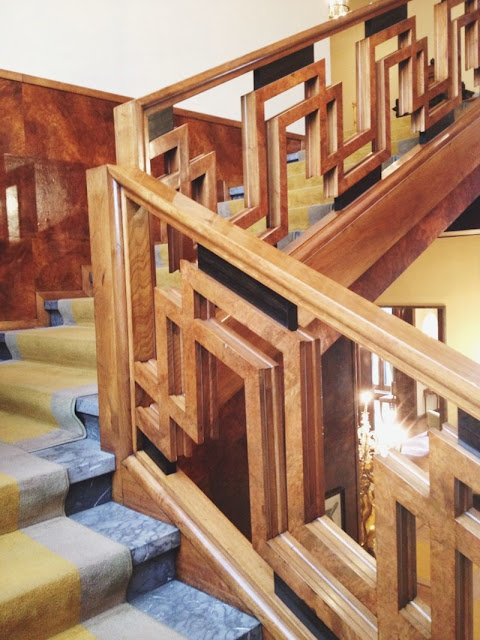 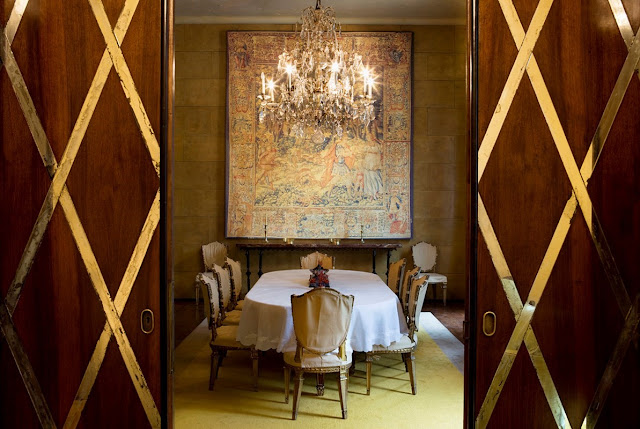 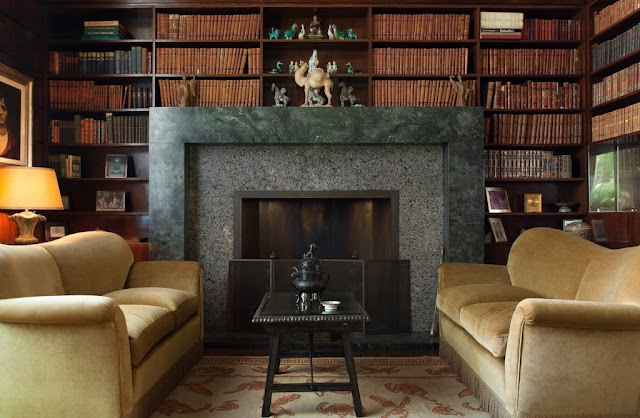 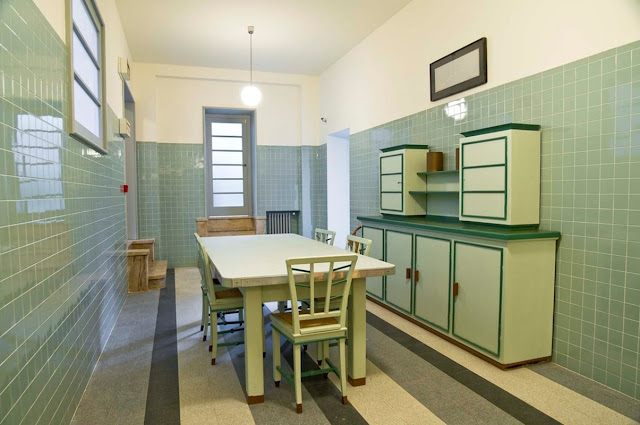 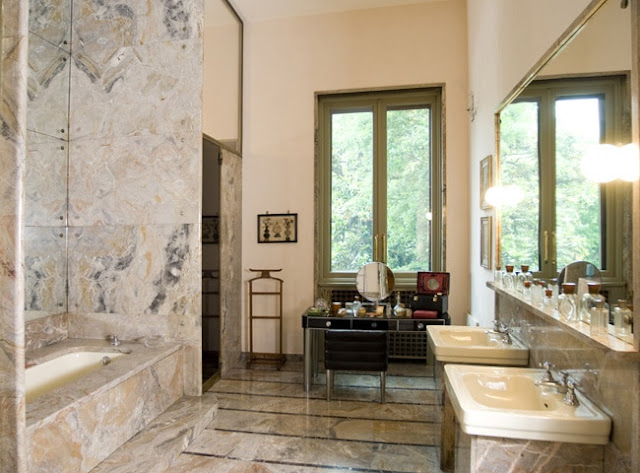 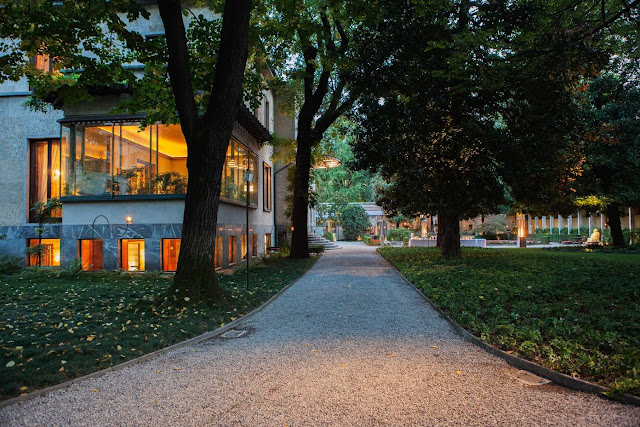 Villa Necchi Campiglio has been open to the public as a museum since 2008. Gigina, who lived longer than her sister and husband and never had any children, died in 2001 at age 99 and bequeathed the house to Italy’s national trust for restoring and preserving historical buildings. The house is open for tours...if you are going to be in Milan, click here for information about the house and how to visit it!

And as I mentioned above, the film "I Am Love" was set at the Villa. 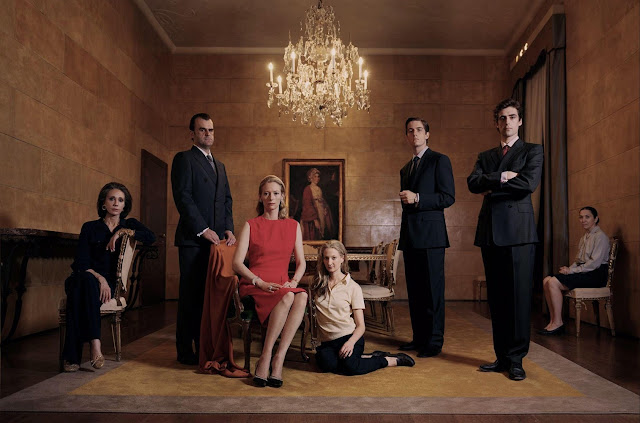 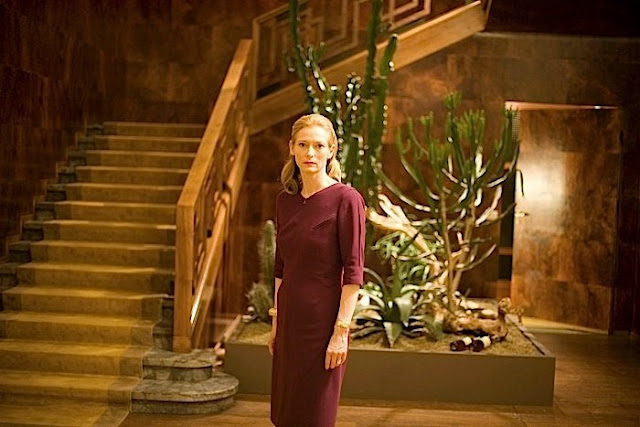 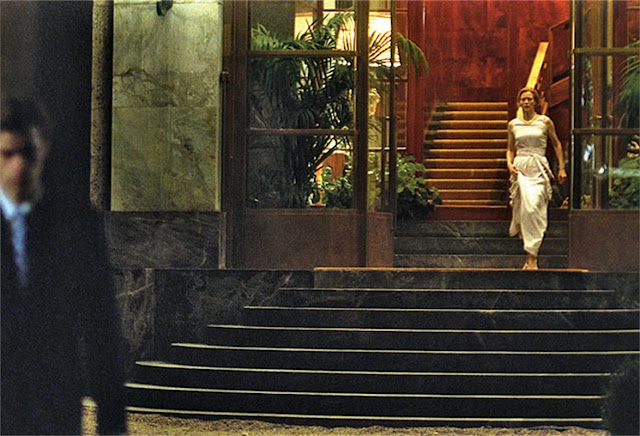