This whole month of March, I am going to be posting about classic Mid-Century Modern designs and designers.

I previously posted about George Nelson's classic Marshmallow Sofa here (designed by Irving Harper for Nelson's firm), but as one of the founders of Modernism, his firm also created another classic Mind-Century Modern design: the sunburst clock. Working with the already popular motif of a sunburst, starburst, atomic burst, or asterisk, Harper tapped into the zeitgeist with his clock shape. It was the Atomic and Space Age after all, and people were responding to a new, modern sensibility and a cutting edge way of living. 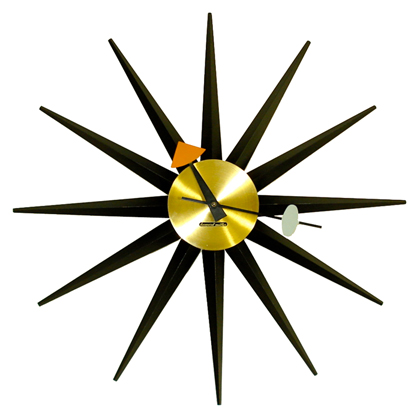 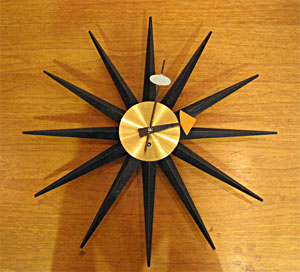 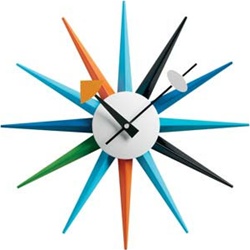 Take a look at the many iterations of the ubiquitous Mid-Century Modern wall clock by George Nelson Associates. If you were alive in the 50s and 60s, chances are you lived in a house with some version of this on the wall. The firm made over 150 clock designs alone including the ball clock, first image below, the eye clock, and the sunflower clock. 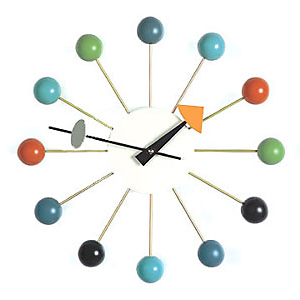 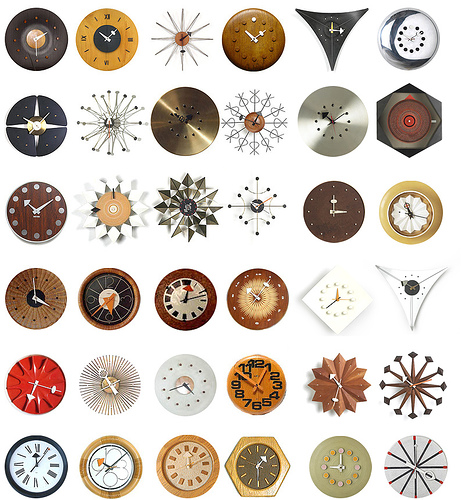 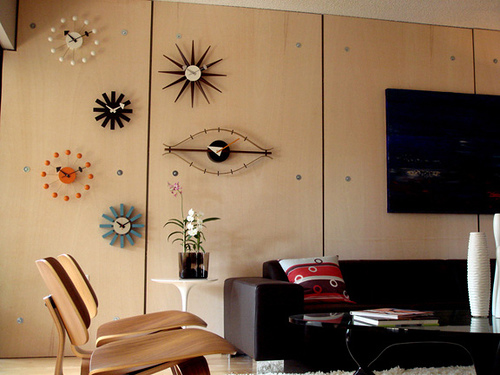 Find out more about George Nelson at:
http://www.georgenelson.org/

...and happy designing!
Posted by Jeff Fiorito, Allied ASID at 7:00 AM